England star Jude Bellingham has helped raise funds for a school to be built in a deprived area of Kenya.

The 17-year-old Borussia Dortmund footballer is involved with the Mustard Seed Project, which this week completed construction of the final phase of the school in the Indian Ocean city of Mombasa.

Bellingham has raised the profile of the project through his social media accounts, with the charity’s ambition of finishing the upper level of the school buildings for 275 pupils now realised. 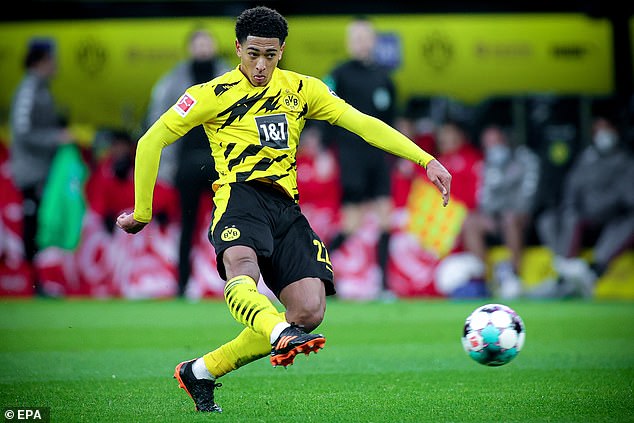 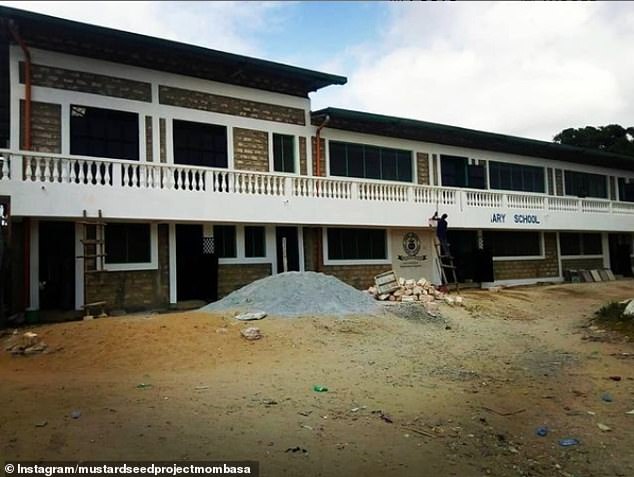 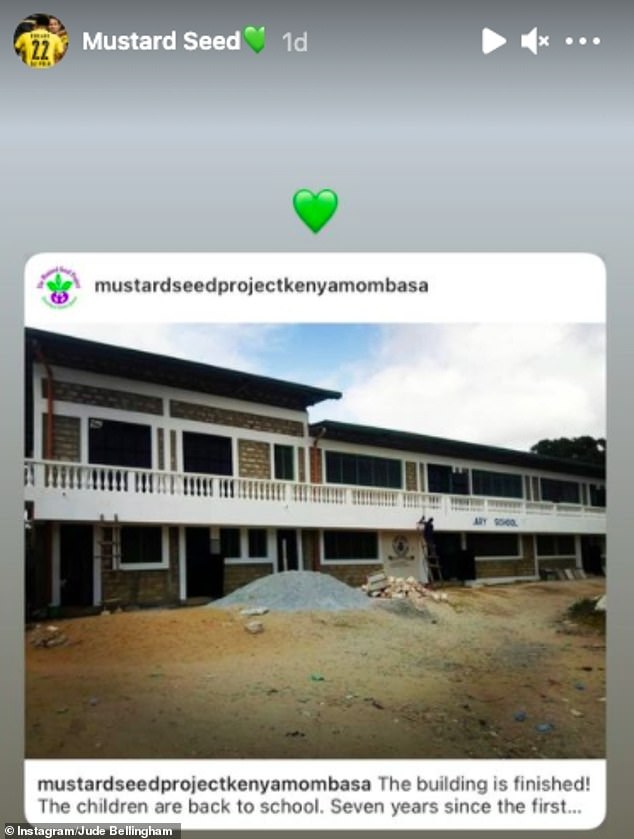 A post on the Mustard Seed Project Instagram page read: ‘The building is finished! The children are back to school. Seven years since the first phase was built!

‘A huge thank you to everyone who has made this dream a reality. Special thanks to Jude Bellingham for his support completing the final phase.’

Bellingham responded to the news with a heart emoji on his Instagram Stories has previously posted photographs with the project’s founders, Rita and Geoff Fowler.

A post on the Mustard Seed website read: ‘The children are now all in this building. There are still a few things to do which are of course so much more difficult now that the children are back.

‘Covid was a catastrophe of course but it did mean that the builders could get on with work in the school and final touches are taking much longer. 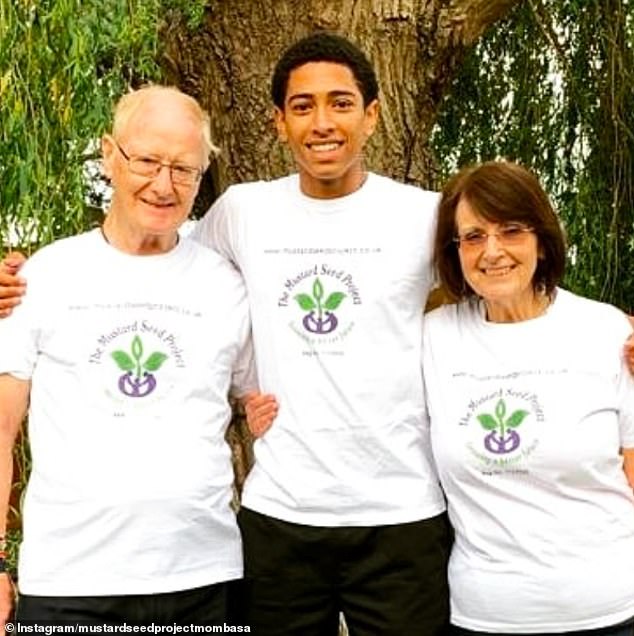 Bellingham with the founders of the Mustard Seed Project, Geoff and Rita Fowler 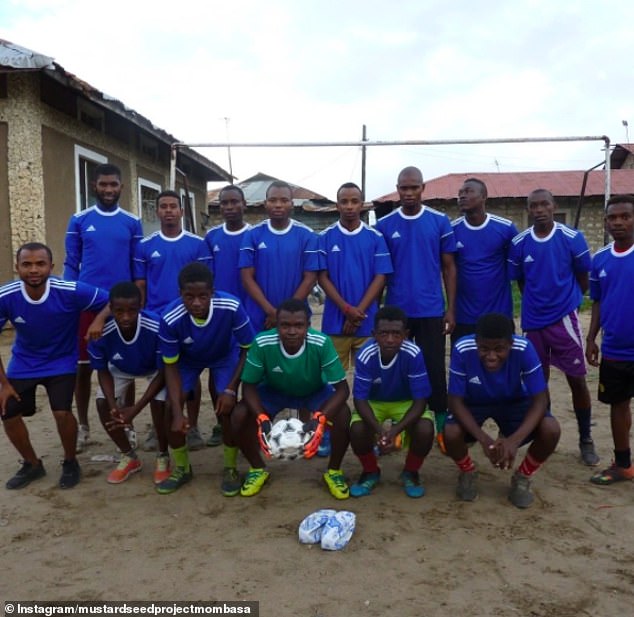 Bellingham has previously been involved in other charity work in Kenya, including buying royal blue Adidas football kits for the Mgongeni football team

‘We are just do excited and disappointed that we cannot go out to Kenya to see it. Roll on the vaccinations!’

Bellingham has previous helped purchase Adidas football kits for youngsters in the Mombasa slums, making sure they were in the royal blue colours of his old club Birmingham City.

In an interview with The Sun last year, charity founder Rita, 73, explained how Bellingham became involved.

‘His father, Mark, works with my daughter and she was talking to him about the charity,’ she said.

‘Mark mentioned it to Jude and he showed no hesitation wanting to come on board. He’s such a lovely guy and he’s so interested.

‘He’s so kind and caring. I can’t speak highly enough of him.’ 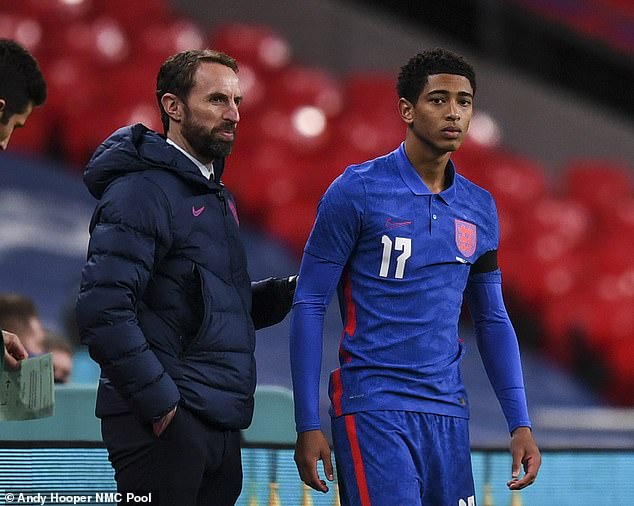 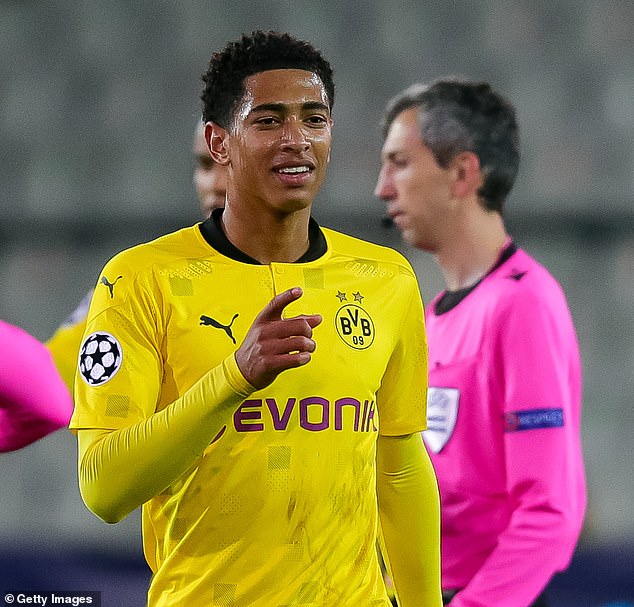 In an interview with League Football Education, Bellingham spoke of his pride at seeing the Mgongeni football team line up in Birmingham colours.

‘I saw a picture and it gave me a great feeling seeing how happy they were and knowing how much it will help them going forward,’ he said.

‘The more attention I get from doing good things on the pitch, hopefully that will crossover to the charity, so it’s definitely at the back of my mind as a driving factor for me to keep working hard and performing well so that the charity can benefit too.’

Bellingham has enjoyed a superb year, joining Dortmund from Birmingham for £25million back in July and going straight into the first team fold there.

He has so far played 20 matches for the Bundesliga club and also won his first senior cap for England in their Wembley friendly against the Republic of Ireland in November.

Dog owner discovered his lurcher Bill was limping out of SYMPATHY

Un-bear-livable! World’s only known ALBINO panda is caught on camera roaming in the wild in China