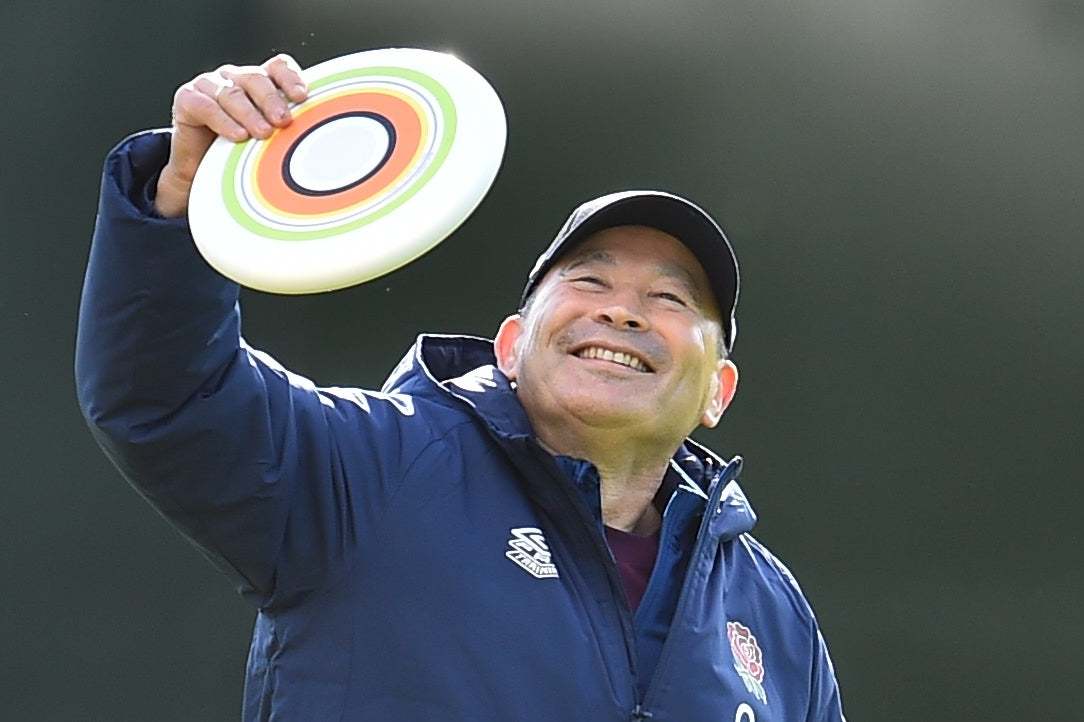 Much has changed since March, when England last played rugby — and that was reflected in Eddie Jones’s squad for the autumn ahead.

In Rome on Saturday, Jones will be missing seven starters and another from the bench from their Six Nations meeting with Wales in March, all to injury, bar the Japan-bound George Kruis. As a result, there are nine uncapped players and seven more who have played three games or fewer in Jones’s initial 36-man squad.

Yet, despite all this new blood, as ever with a Jones squad, the absentees were as striking as the selections: no Simmonds brothers, no Ben Spencer.

With George Ford and Manu Tuilagi absent, and exciting new boys Jacob Umaga and Ollie Lawrence appearing to be their direct replacements, the focus has been on how England must adapt in midfield, especially as Jones explained that fly-halves are like sushi chefs and carefully explained how inside centres no longer pass to outside centres. He also named George Furbank, who made his Test debut as a full-back in February, as a possible fly-half.

There were two players linked to that conversation whose selection slipped under the radar, though. The uncapped Max Malins is certainly a full-back who can play fly-half, while Joe Cokanasiga returns. So much was expected of the Bath wing two years ago, when his carrying strength was seen as cover for Tuilagi when injured. With Elliot Daly missing, could we see the same again?


There are two other powerful players England were missing for much of the Six Nations returning for the autumn: the Vunipola brothers.

Mako had an interesting Six Nations. He was left out of the opener for Joe Marler, recalled to face Scotland, then travelled to Tonga for family reasons, missing the third match while there, then the fourth as we all got to grips with quarantine after travelling. With Marler injured, Vunipola can be expected to return at loose-head prop, with Ellis Genge on the bench. Bath’s Beno Obano lurks as an uncapped alternative.

Vunipola’s brother Billy missed the first chapter of the Six Nations with a broken arm. He was replaced by Tom Curry, who was growing into the No8 role in the manner Jones hoped he would, by the time the campaign was paused, despite the widespread confusion at the selection.

With Courtney Lawes and Mark Wilson among those injured and Harlequin Alex Dombrandt overlooked, Vunipola looks certain to return to No8, with some bulk required in the back row. Jones’s options on the flanks are brilliant and plentiful, but they are not massive.


Jones was tepid in his praise of Jack Willis, the Premiership’s man of the moment, saying: “He’s a good young player, but he has a lot of work to do, mate. So we will see how he is prepared to work hard.”

So, perhaps, we should expect Curry and Sam Underhill to be reunited on the flanks, with the versatile Lewis Ludlam or Ben Earl on the bench.

Jones hinted yesterday that England will look for greater carrying power in the midfield. With Cokanasiga and the Vunipolas back, he might have it elsewhere, too.

The Reader: Business rates reform is crucial for our recovery

Katharine McPhee and David Foster: A Timeline of Their Relationship