The success of The Invisible Man has brought director Leigh Whannell’s name back to the forefront of the horror, but his history with the genre dates back decades.

Leigh Whannell met Saw director James Wan when the two attended the prestigious Royal Melbourne Institute of Technology Media Arts course. This marked the start of a long history of collaborative work between the two, mostly within the horror genre, with many of their projects being cornerstones of the horror scene in the early 2000s into the 2010s.

Whannel’s first brush with the silver screen was through a 1996 music show in which he appeared a handful of times. His first foray with horror was through Wan-directed Stygian, in which Whannell played a creepy clown. Since, Whannell has grown into a veritable triple threat within the horror genre. Musical theater has acting, singing, and dancing; horror has writing, directing, and acting, all of which Whannell has done to great success, paving the way for a very bright future.

What Horror Has Leigh Whannell Acted In?

After his breakout role in Stygian, Whannell got another opportunity to grace the big screen through 2003 anarchy-thriller Razor Eaters, playing the minor role of Nick D. 2003 was a major year for Whannell. During it, he acted in the horror short, Saw, which was turned into a major motion picture the following year. Saw, one of the most iconic horror franchises in recent history, gave Whannell a starring role. As cameraman Adam, he balances moral ambiguity with sympathy. Whannell’s portrayal of Adam made further appearances in the Saw series via 2005’s Saw II, 2006’s horror short, The Scott Tibbs Documentary, and 2006’s Saw III.

Saw isn’t the only major horror franchise that Whannell has participated in. He has made an appearance as Specs in every installment of Insidious, imbuing the character with a lightness that skillfully veers away from straight-out comedy or parody. Whannell has acted in many horror thrillers including 2008’s Dying Breed, 2013’s Crush, 2013’s Raze, and 2017’s Keep Watching. His role in 2017’s The Bye Bye Man was a reminder of his ability to humanize characters even in extreme and fantastical settings.

What Horror Has Leigh Whannell Written?

Horror writing has come hand-in-hand with many of Whannell’s major roles. He was involved in writing the first three installments of Saw, arguably the best written ones in the franchise, with Wan as director. The Wan-directing, Whannell-writing set-up proved itself successful yet again in 2010, with the release of the first Insidious movie. Whannell’s writing proved its staying power, as he was the screenwriter for all four installments of the supernatural horror franchise.

Between Saw and Insidious, Whannell worked on the screenplay for 2007’s Dead Silence, a horror film that taps into the creepy potential of ventriloquism. The final product was not especially well received, but Whannell himself was also unhappy with it, citing studio interference as the main issue. 2018’s Upgrade gave Whannell another opportunity to prove his writing chops, this time to immense success. The sci-fi horror is dizzyingly entertaining throughout. Whannell’s most recent project, 2020’s The Invisible Man, was also met with critical and box office success, cementing Whannell as one of the greats in the world of horror writing.

Related: Dead Silence 2: The Return Of Mary Shaw Updates – Why It Didn’t Happen

What Horror Has Leigh Whannell Directed?

Whannell’s directorial debut came in the form of Insidious: Chapter 3. Taking over from Wan, Whannell did a commendable job blending styles and developing his own voice. The film leans into jump scares, using them to punctuate already tense scenes. This is a technique Whannell has carried across his other directorial projects. Being the writer and director of both Upgrade and The Invisible Man, Whannell is able to keep a tight leash on the storytelling. Although the writing in these movies is very good, it is the directing that really draws audiences in, doling out terror and horror in equal measure. Whannell’s latest project, an adaptation of John Carpenter’s Escape From New York, veers him away from the world of horror. However, Leigh Whannell’s horror career might bring a fresh take on the movie, leaning into the more “thriller” aspects of the movie.

Next: What The Invisible Man’s Box Office Means For The Dark Universe Future 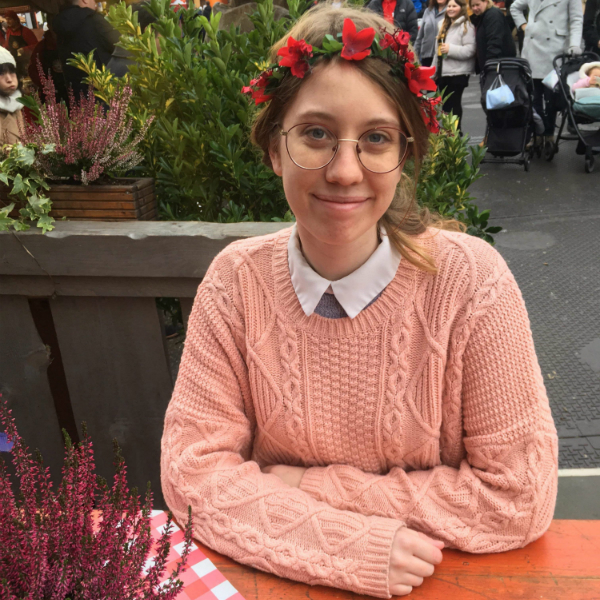 Shannon Lewis is a features and news writer on Screen Rant. She has experience in editorial working as the deputy editor for Specialty Food, an online and print magazine, curating its news section and social media. She has worked as a freelance writer since 2017, writing articles, features, and profiles in a wide range of topics, from business and tech to pop culture and media. Previously, she has also worked as a ghost writer for a fiction manuscript, and co-founded arts-and-literature magazine, Octarine. Hailing from Queretaro, Mexico, she is a graduate of the University of East Anglia’s English Literature with Creative Writing program. An avid reader and fan of writing, she leverages her love of literature to dissect movies in her favorite genres, including horror, rom-coms, and superhero movies. Her focus is on the cross-section between story, cultural background, and character development. When she isn’t busy reading everything ever published under the mantle of Image Comics, you might find her writing fiction, rock climbing, or putting together a horror anthology with friends.

N.S. man ‘had a feeling’ gunman stayed on his property. He was right

John Wick: 8 Times He Got Extra Creative With His Kills

Why Mulan Went To Disney+, Not Black Widow | Screen Rant

WHO sends experts to South Africa to help fight pandemic

How American police gear up to respond to protests

Why Mulan Went To Disney+, Not Black Widow | Screen Rant

WHO sends experts to South Africa to help fight pandemic

How American police gear up to respond to protests