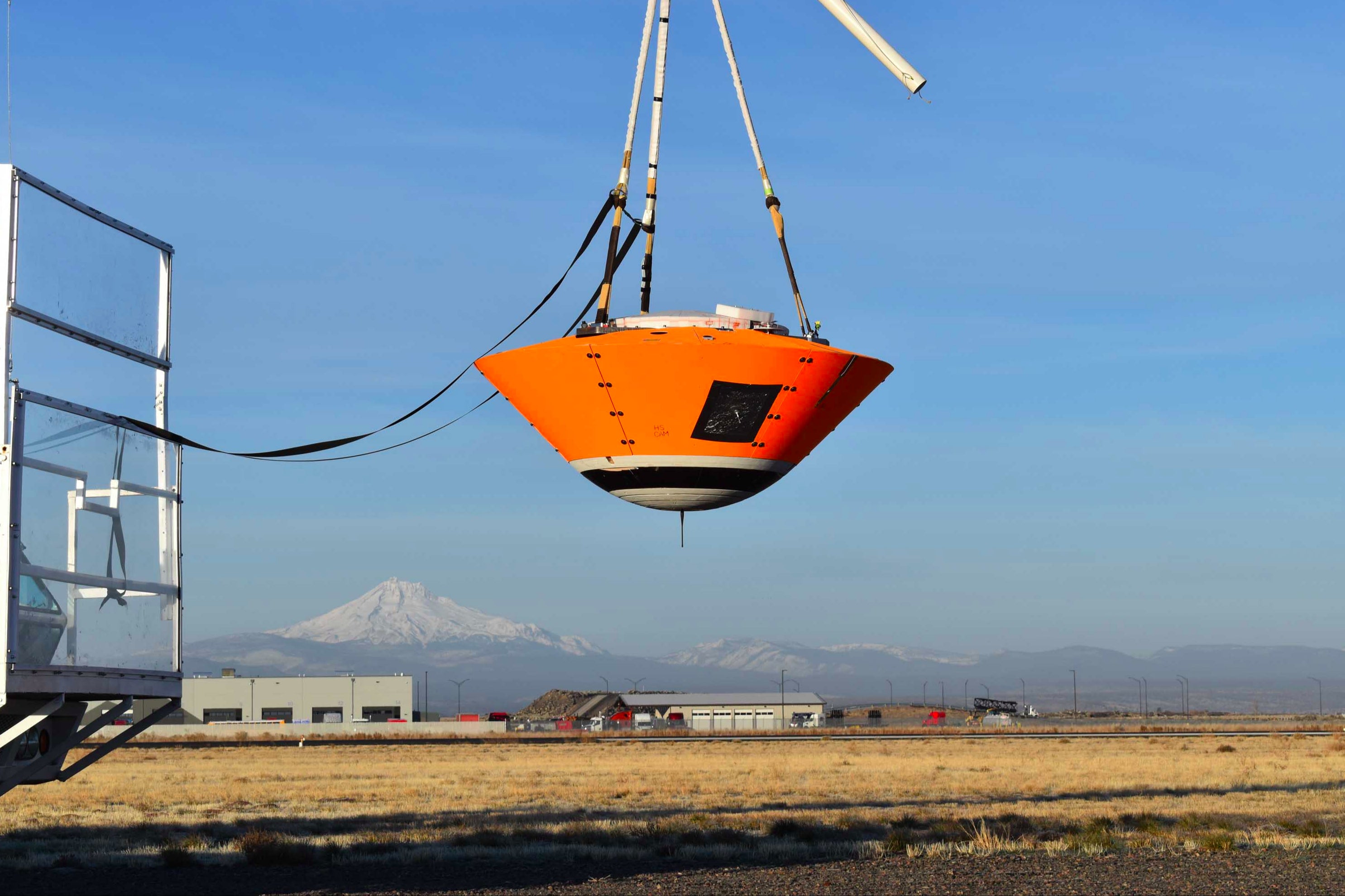 he ExoMars rover is one step closer to landing on the red planet after successful tests of the parachutes that will bring it down onto the Martian surface.

Once the Rosalind Franklin ExoMars rover reaches Mars, a six-minute sequence will see a descent module deploy two parachutes to quickly slow it down ahead of its landing.

When the module is one kilometre above ground, the braking engines will kick into gear and safely deliver it to the planet’s surface.

This can only be done through high-altitude drop tests that replicate conditions of low atmospheric pressure on Mars.

The test had been delayed since March due to the coronavirus pandemic, wind and forest fires.

But it took place over Oregon in the United States on November 9, with a drop test vehicle lofted to a height of 29km (18 miles) in a stratospheric balloon.

The tests went as scientists in the mission had expected, with the test vehicle landing safely and parachutes recovered.

There was minor canopy damage on the two parachutes, occurring at the onset of inflation.

Rosalind Franklin – a joint Europe and Russia mission – is due for launch in 2022, and the mission will try to detect life, past or present, on Mars.

Completion of the parachute test marks a critical milestone for the rover, which was built in Stevenage by Airbus, and the team will now analyse test data to determine further improvements for the next tests.

“The latest test was a good step forward but is not yet the perfect outcome we are seeking.

“Therefore, we will use the extensive test data we have acquired to refine our approach, plan further tests and keep on track for our launch in September 2022.”

UK company Vorticity Ltd is technical consultant for the parachute system and is responsible for the high altitude drop tests of the parachutes.

It designed and manufactured the parachute test vehicles and then performed the test along with their US subcontractor, Near Space Corporation.

John Underwood, principal engineer at Vorticity, said: “This is an enormously challenging programme involving the development of the largest parachute ever sent to Mars.

“Huge improvements have been made to the system since the tests last year, and we are confident that the last issues will be ironed out before the mission launch in 2022.”

Sue Horne, head of space exploration at the UK Space Agency, said: “Mars has been an object of our fascination and speculation for all recorded history, but we know that missions to the red planet are no easy ride.

“A total of 20 probes, from countries and agencies around the world, have all had their share of crashing on their way to the red planet.

“They’ve crashed on take-off, crashed on landing, conked out of power.

“Parachute tests are vital in helping us get the technology exactly right and make sure that the Rosalind Franklin rover makes its trip with the best, most reliable equipment possible.”

‘Insane’: Partners forced to dash overseas to get visas

Small businesses should embrace Google and Facebook for momentum amid pandemic

Biden focuses on the economy on second day in office