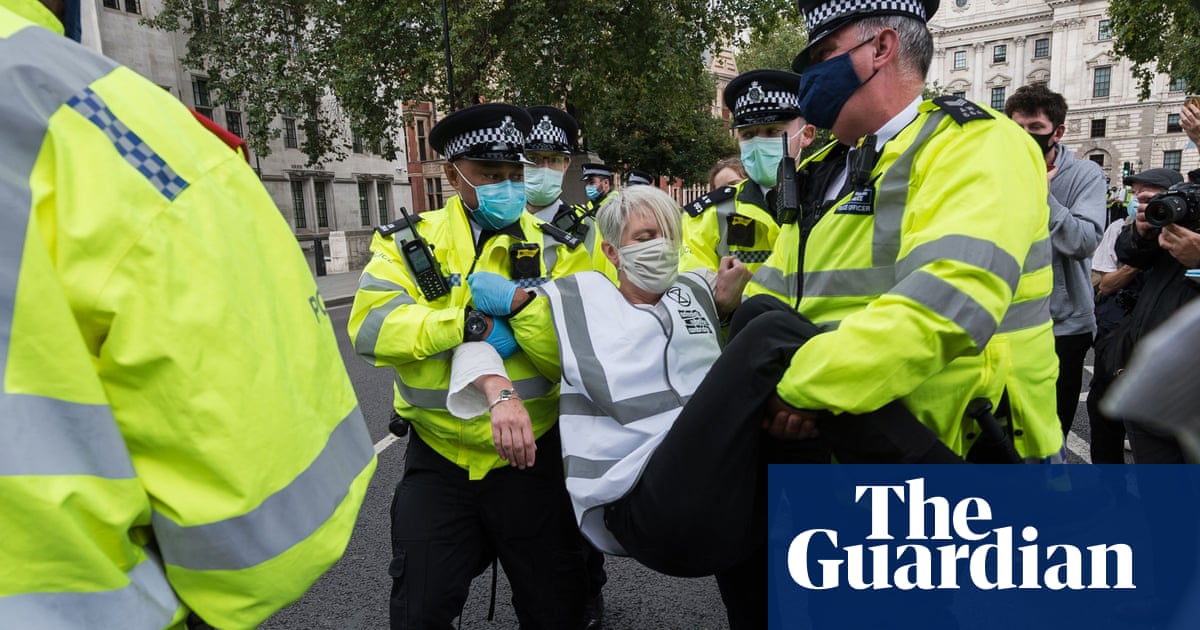 One of Britain’s most senior police officers has launched an angry tirade against Extinction Rebellion protesters going “all floppy” when they get arrested.

Sir Stephen House, the deputy commissioner of the Met police, said the tactic of going limp was a “flipping nuisance” as it required extra officers to drag protesters away.

House told a London assembly police and crime committee hearing: “We have asked them to stop being floppy. And that might seem like a silly thing to say, but when we arrest them and pick them up, they go all floppy, which is why you see four or five officers carrying them away. It’s a complete waste of officers’ time, and a complete pain in the neck.”

House also expressed annoyance at how the tactic made the police look heavy-handed. He said: “The problem with them going floppy and four offices carrying them away looks to the general public like police are overreacting here. We’re not making them go floppy. They’re just sort of being a nuisance.”

House said floppiness was a “real issue” for policing demonstrations by Extinction Rebellion, who have organised a series of protests across the UK to highlight the climate emergency, including a controversial blockade earlier this month of printing distribution centres used by right-leaning newspapers.

A spokeswoman for XR confirmed that its protesters were encouraged and trained to go limp when being arrested. “It is part of our non-cooperation tactics. It is totally peaceful,” she said.

The tactic is used by many of the older protesters who have joined the demonstrations. Speaking after being arrested at an XR sit-in in Parliament Square last year, Bryn Raven, a 77-year old retired English teacher, said: “Four officers organised themselves to carry me. I was totally limp.”

Despite the age of many of those involved, House said protesters should grow up. He said: “If they could just behave like sensible adults. It is a flipping nuisance. And I think the majority of the public would look at that and go: ‘For goodness sake, you’ve made your point. You’ve been arrested, the police are treating you perfectly fairly, just get on with it.’”

He even suggested the tactic could be outlawed. “I don’t know if we can legislate on that,” House said.

XR held 10 days of protests in central London at the start of September, with the latest figures from the Met showing that 680 people had been arrested.

These were for alleged offences including obstructing the highway, criminal damage and breaching the legal conditions set on the demonstration.

Cronulla: Woman, 55, mauled by a dog after she tried to break up a fight between two dogs

Coronavirus UK: 74% would take vaccine, with politicians to go first