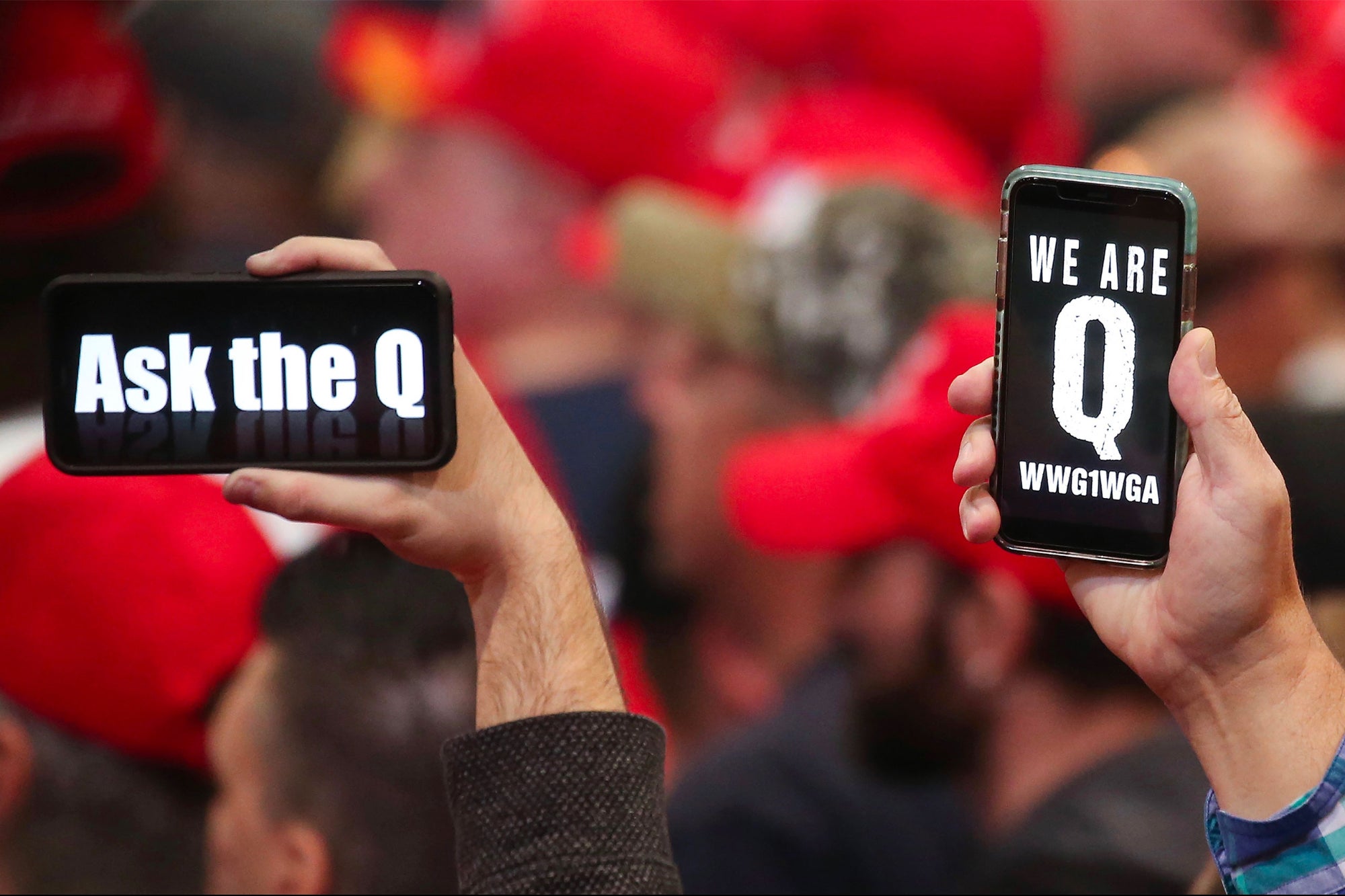 Pages, groups, and Instagram accounts tied to QAnon will no longer appear in the company’s recommendation engines. QAnon content will also be down-ranked, making it harder to find.

This story originally appeared on PCMag

On Facebook, more than 790 groups, 100 pages, and 1,500 ads tied to the pro-Trump conspiracy theorists have all been removed. The company will also restrict 1,950 groups and 440 pages on Facebook, plus 10,000 Instagram accounts, limiting new users from encountering QAnon content.

The action is part of a wider crackdown on dangerous groups, including militia organizations and the anti-fascist movement Antifa. All have promoted violence in some shape or form, Facebook says. “While we will allow people to post content that supports these movements and groups so long as they do not otherwise violate our content policies, we will restrict their ability to organize on our platform,” the company said in today’s announcement.

Pages, groups and Instagram accounts tied to QAnon will soon no longer appear in the company’s recommendation engines. The social network is also down-ranking QAnon content, making it appear less frequently in search results and on the Facebook News Feed even for followers of the conspiracy theory.

The move comes after numerous media outlets documented how Facebook plays a central role in the spread of conspiracy theories in the US. Prior to today’s crackdown, QAnon groups and pages on Facebook and Instagram garnered more than 4.5 million followers, according to The Guardian. The conspiracy theory’s supporters have also been buying ads on the platforms, giving QAnon exposure to millions more people.

However, in recent months QAnon supporters have also been tied to acts of violence and harassment. The conspiracy theory itself revolves around the idea that President Trump is leading a secret war to take down a hidden faction within the US government that’s also engaged in rampant child sex trafficking. As a result, some followers have leveled baseless child sex crime accusations at companies and celebrities, resulting in harassment and even acts of violence.

Florida man, 21, is charged with having ‘sexual relationships’ with two 13-year-old twin sisters

Hodl or spend? Retailers offer Black Friday deals for those paying with cryptocurrency

Boeing Will Lay Off Another 7,000 Workers As Losses Mount