A family’s legal battle over the £350,000 will of a cancer patient who died after an ambulance taking him to hospital crashed has been branded ‘shameful’ by a High Court judge.

Keith Fuller, 66, had incurable bladder and prostate cancer, but died from pneumonia caused by the crash in Ramsgate, Kent.

His final will split his £350,000 estate equally between his son, Benjamin Ward-Fuller, 48, and his younger brother Tony Fuller, 67.

But the death has sparked a bitter falling out in the family, with Mr Ward-Fuller suing his uncle and claiming all of his father’s money, with solicitors arguing his father was ‘not of sound mind,’ when he signed the final will.

High Court judge Master Jonathan Arkush said Mr Fuller ‘would be horrified,’ if he knew that his family were fighting over his estate.

He said the row was ‘shameful’ and could cost as much in lawyers’s fees as the amount at stake.

‘It is utterly disproportionate. It is shameful that this family should be split by this litigation and I think the deceased would be horrified by it.’ 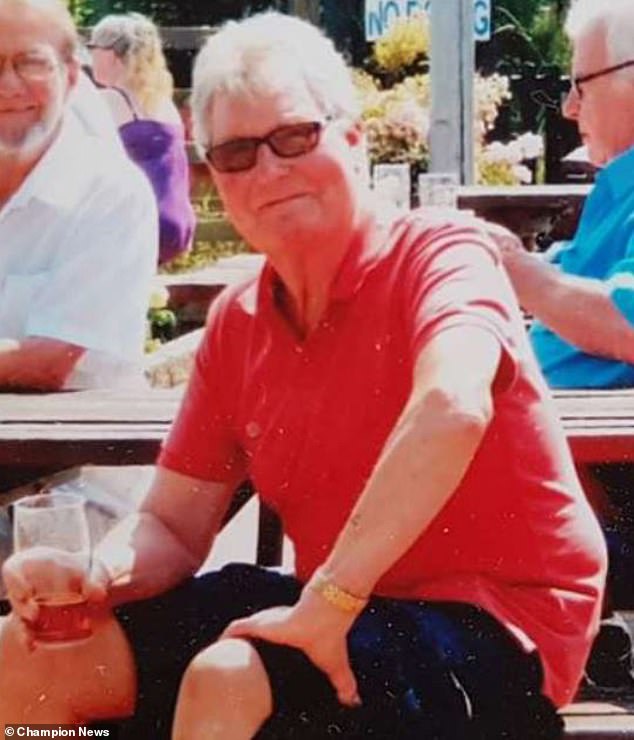 Keith Fuller died in 2018 after an ambulance he was travelling in crashed into a roundabout in Ramsgate, Kent. His brother and son are now caught in a legal battle over his £350,000 estate

Mr Fuller, a father-of-one, was in hospital when his last will was made in January 2018, splitting his estate between his son and brother.

The shotgun collector died only three weeks later after the ambulance in which he was travelling struck a roundabout near Ramsgate.

The vehicle overturned and ended up on its side and Mr Fuller, who suffered chest injuries, died of pneumonia in hospital two days later.

Following an inquest last year, a coroner said the accident had contributed to his death.

Suing his uncle to overturn the 2018 will, Mr Ward-Fuller, of St Albans, Herts, claims that his father did not fully understand what he was doing when he signed it.

He believes instead that it should be torn up and he should receive his father’s entire estate – except for his shotgun collection – under the terms of an earlier will made in 2005. 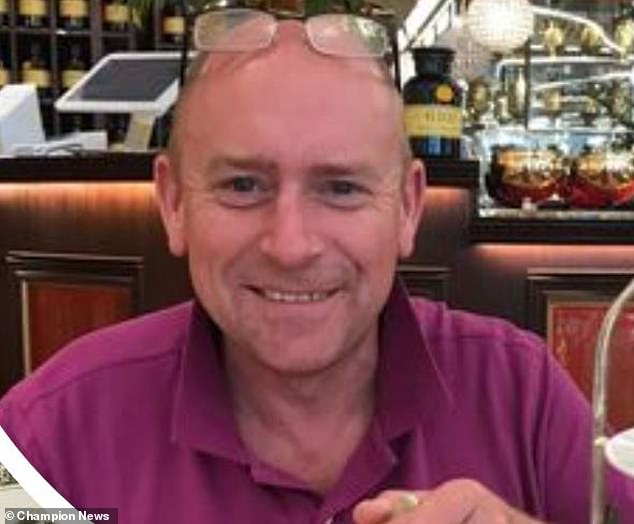 Solicitors representing Benjamin Ward-Fuller claim his father, who had incurable cancer at the time of his death, was ‘not of sound mind,’ when the final will was signed in January 2018

In claim documents, he says that after starting a new relationship in 2001, his father had told him that everything he had, including his home in Island Road, Canterbury, would be his when he died.

Then, in February 2017, his father told him that when he died he should take one of the guns from his shotgun collection, but to give the rest to his uncle, who had a shotgun licence.

Mr Ward-Fuller claims that the meeting at the hospital for the signing of the 2018 will was arranged by his uncle and that a pre-drafted will had been brought along.

Despite repeatedly expressing difficulty in deciding what to do with his estate, his father signed it, says Mr Ward-Fuller’s lawyer Olivia Murphy in his particulars of claim.

‘The deceased at the time when the pretended will purports to have been executed was not of sound mind, memory or understanding,’ she continues.

‘At the time the deceased purportedly executed the pretended will, he was 66, he was hospitalised with cancer and suffering from acute confusion.

‘He had been admitted to hospital on the 28th December 2017 after his neighbours found him wandering and confused.’

Two days after the will was signed, Mr Fuller was seen by an occupational therapist, who found him unable to make a cup of tea or follow the instructions on a ready meal. 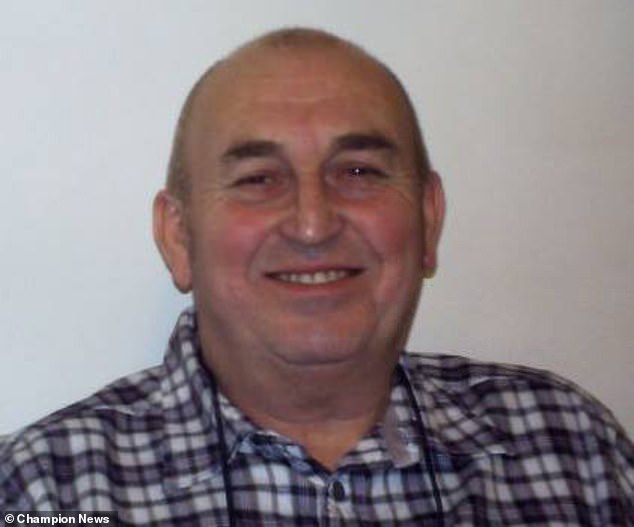 Tony Fuller was set to receive an equal share of his brother’s £350,000 estate – but Mr Ward-Fuller claims he only expected his uncle to be given a shotgun collection

Despite his confusion, Tony Fuller had not arranged for a doctor to assess Mr Fuller’s ‘testamentary capacity’ or to attest to the execution of the will, it is claimed.

However, in his defence to the claim, Tony Fuller, of Canterbury, denies organising the meeting to sign the will or that his brother was unable to understand what he was doing.

‘It is admitted that on occasions whilst the deceased was in hospital, he displayed periods of confusion particularly whilst under the influence of the substantial medication administered to him,’ his defence documents state. 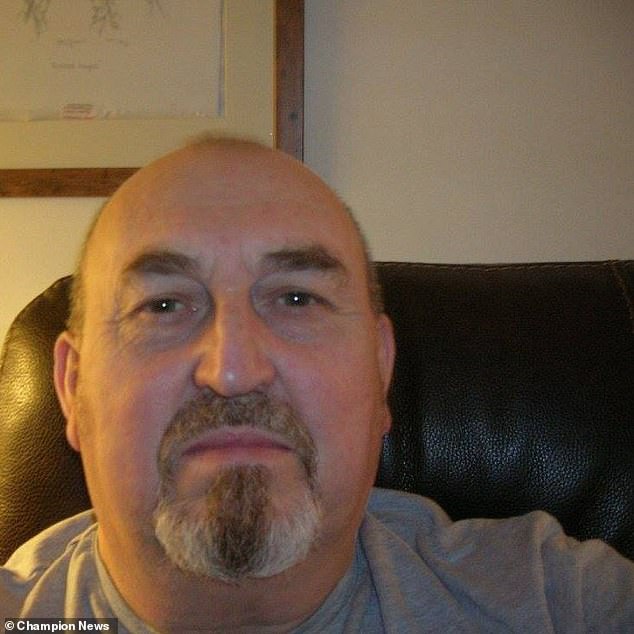 In his defence to the claim, Tony Fuller, of Canterbury, denies organising the meeting to sign the will or that his brother was unable to understand what he was doing

‘However, the instructions he imparted to his solicitor…were entirely clear, demonstrating that he understood fully the obligations that he had and had a reasonable appreciation as to the value of his estate.

‘Both the lawyer who drafted the will and her supervising partner were entirely satisfied that he had mental capacity both at the time he gave instructions and when the will itself was executed.’

The case reached court this week for a preparatory hearing ahead of a four-day High Court trial of Benjamin Ward-Fuller’s claim in London next month.

Master Arkush told the parties that fighting over such a small sum of money – potentially to be wiped out by the lawyers’ bills – would result in them facing a judge ‘with a very sore head.’ 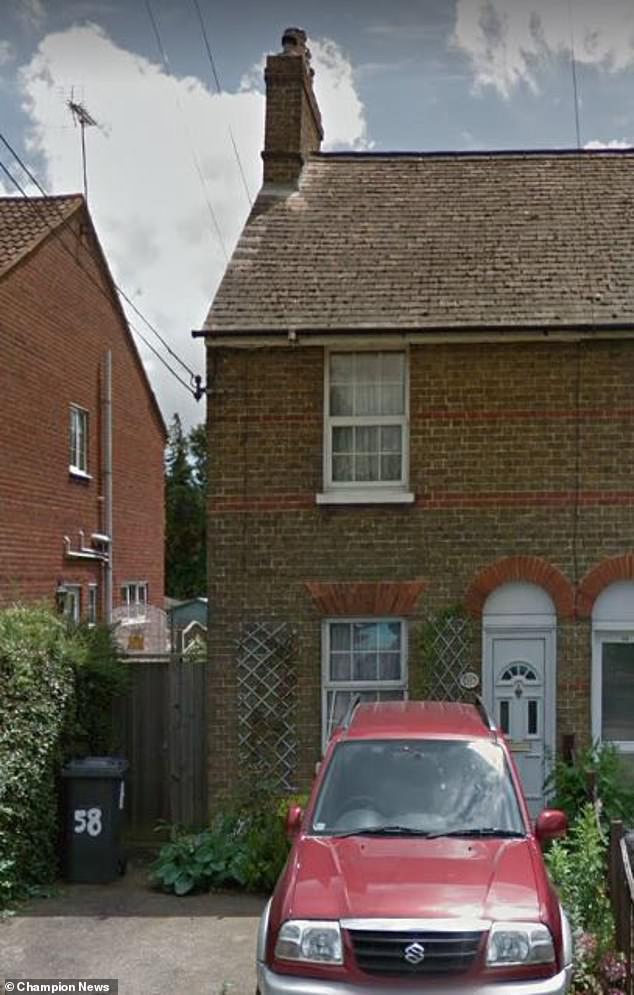 In claim documents, mr Ward-Fuller says that after starting a new relationship in 2001, his father had told him that everything he had, including his home in Island Road, Canterbury, (pictured) would be his when he died

He added that proceedings were ‘utterly disproportionate,’ and ‘shameful’.

The family should have done more to settle their differences outside court, where the costs will wipe out much of Mr Fuller’s estate, he said.

‘This is very unfortunate family litigation.

‘One can immediately see there have been all sorts of troubled history with this family and this litigation is going to make this worse.

‘Where £150,000 is at stake, the costs on each side are either going to outweigh that or be disproportionate to it.’

According to court papers, shotgun collector Mr Fuller was first diagnosed with cancer in 1989, but recovered only to fall ill again in 2010.

She lost her best friend and almost her own life