Far-right activist ‘Baked Alaska’ is among the latest Capitol rioters to be arrested. 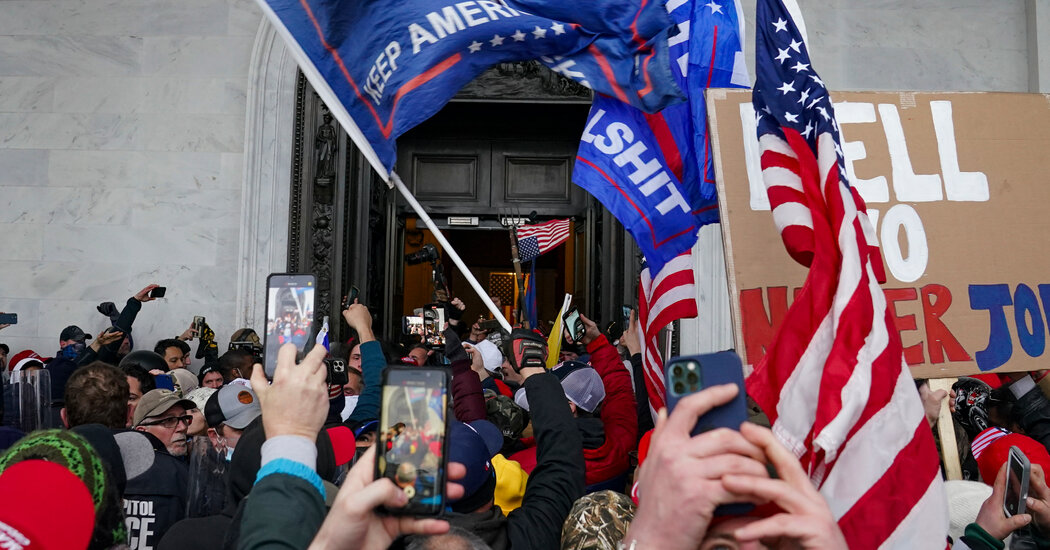 Anthime Joseph Gionet, a far-right media personality nicknamed “Baked Alaska” who is known for livestreaming himself participating in illegal activity, was arrested by the F.B.I. on Friday and accused of illegally storming the Capitol during the attack on the building by President Trump’s supporters earlier this month.

Mr. Gionet, who has been banned from Twitter and YouTube for his content, livestreamed himself in the mob on DLive, a streaming service becoming more popular after a mass exodus of right-wing figures from more mainstream platforms. He posted a video that showed supporters of President Trump taking selfies with officers in the Capitol who calmly asked them to leave the premises. The video showed the Trump supporters talking among themselves, laughing, and telling the officers and each other: “This is only the beginning.”

Mr. Gionet was arrested in Houston on Friday, according to the Justice Department’s website, and charged with two federal crimes. In a court filing, Nicole Miller, an F.B.I. agent, said Mr. Gionet had recorded a 27-minute live video in which he appeared to chant “Patriots are in control” and says “We are in the Capitol building, 1776 will commence again.”

Over 70 arrests have been made in relation to the riots, and at least 170 cases have been opened. Many of the mob participants have been easily identified through their social media posts.

Emily Hernandez, a woman photographed with part of the wooden name plate torn from the entrance to Speaker Nancy Pelosi’s office, was arrested and charged in federal court on Friday, according to The Kansas City Star.

Ms. Hernandez was seen in numerous videos and photographs holding Ms. Pelosi’s splintered nameplate like a prized keepsake. According to documents from the F.B.I., they received tips about Ms. Hernandez from her friends and acquaintances after she posted pictures and videos of herself parading around with the nameplate on Facebook and Snapchat.

Jenna Ryan, a real estate broker from Frisco, Texas, who took a private plane to Washington to participate in the mob, was also charged on Friday. She was easily identified after she posted about her participation in various ways, including livestreaming herself at the Capitol saying, “Life or death, it doesn’t matter. Here we go.”

How River the horse is helping teen’s recovery

Pompeo Warned Russia Against Bounties on U.S. Troops in Afghanistan