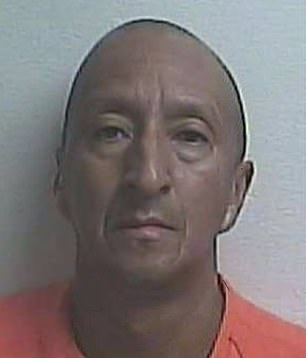 Alex Bonilla, 51, (pictured) from Florida, who tied up his wife’s lover and hacked off his penis with a pair of scissors has been sentenced to 20 years in prison

A man from Florida who tied up his wife’s lover and hacked off his penis with a pair of scissors has been sentenced to 20 years in prison.

Alex Bonilla, 51, had been charged with kidnapping to inflict bodily harm, burglary while armed, aggravated battery with a deadly weapon and aggravated assault with a firearm for the incident on July 14, 2019.

Last month he entered a plea of no contest on these charges, meaning he admitted no guilt for the crimes but allowed the court to determine his punishment for the charges.

At Gilcrest County Court the father-of-five, who is employed as a dairy worker, was handed a 20-year prison sentence, 10 years of probation and ordered to pay more than $251,000.

Bonilla has been jailed since July 2019, when he was arrested for allegedly mutilating his wife’s 32-year-old lover and next-door neighbor at his home in Gainesville.

The Gilchrist County Sheriff’s Office said the victim called 911 around 11am on July 14, 2019, and said Bonilla, who was his neighbor, had broken into his home armed with a gun.

The victim claimed that Bonilla had told him if he tried to resist, he would kill him.

From there, deputies said Bonilla forced the victim into the bedroom and tied him up then ‘forcefully cut off the victim’s penis with a pair of scissors.’

Records show Bonilla took the severed appendage and ran off across the street to his own home. 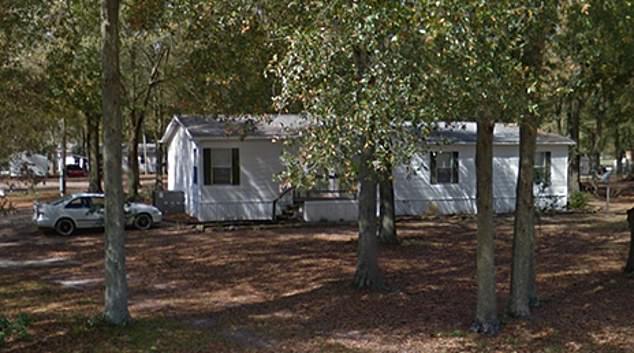 The incident took place in July 2019 at the victim’s home in Florida (pictured), which is located just 50 yards away from Bonilla’s trailer

Doctors have been unable to re-attach the victim’s sex organ, leaving the married father-of-two unable to urinate normally, or have intercourse with his wife, according to court documents.

Deputies said Bonilla had discovered the victim having sex with his wife about two months prior.

Previously, Bonilla claimed on the day of the confrontation he had seen his neighbor looking at his house and decided to go talk to him.

Bonilla claimed they spoke in the victim’s bedroom, he told his rival: ‘You need to stay away from my wife and leave her alone,’ which allegedly angered the other man and prompted him to physically tackle Bonilla. 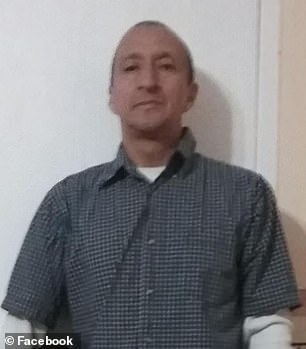 ‘The defendant stated he then blacked out and doesn’t remember anything from that point until he was at work and was arrested,’ according to the document.

But the victim’s statement to the authorities told a different story.

According to the mutilated man, on the day of the attack Bonilla entered his home without permission while the victim was making breakfast for his two daughters.

Standing in the doorway with a gun tucked under his arm, Bonilla declared to him, ‘I came here to fix something,’ and then led him to a bedroom and closed the door behind them.

From there, the victim claimed Bonilla bound man to stand up and pulled down his underwear before tying a rubber band around the base of the victim’s penis and cutting it off with a pair of scissors.

Court records show Bonilla’s friends and relatives had written to a county judge asking for leniency – including one of his son’s who said he needed his dad back home to help the household financially and to help his younger sister learn to read.

Charges of child abuse related to the trauma of the event against Bonilla were dropped.

Bonilla emigrated from El Salvador to the US in 1990 and had worked at a dairy for 20 years. He has two children from his first marriage in his native country and three children with his second wife.

14 best-selling and best-smelling colognes for any guy

Transform your bathroom into a spa with these 35 picks

Xavier Mbuyamba: The Dutch wonderkid finally ready to show what he’s got at Chelsea