Everton assistant manager Duncan Ferguson hopes Dominic Calvert-Lewin’s return to scoresheet will see him start ‘battering’ in the goals for the rest of the season.

The former Sheffield United trainee scored his first for seven games after returning from a hamstring injury as the Toffees moved into the fifth round of the FA Cup – where Tottenham or Wycombe await at home – for the first time since 2016.

It was his 15th of the season and was added to by headers at second-half corners in quick succession from Richarlison and Yerry Mina as Everton beat Sheffield Wednesday 3-0. 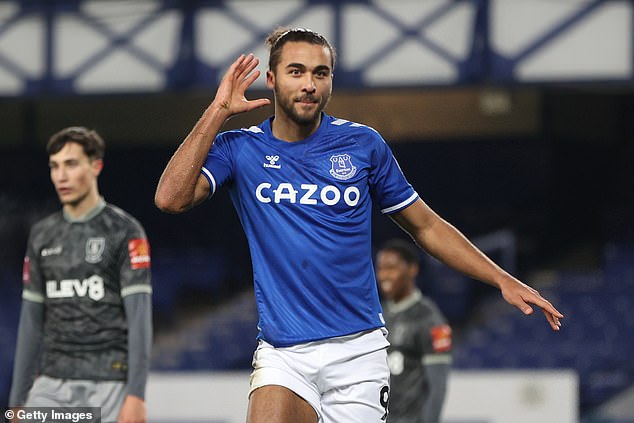 ‘We are delighted for Dominic. We know he can score goals, he has scored goals for over a season now,’ said Ferguson.

‘He is a top player, we are delighted he is back and fit and well, and I am sure he will go from strength to strength and he’ll keep battering them in.’

Ferguson was also full of praise for James Rodriguez, who also seems to be returning to the early-season form which helped fire Everton to the top of the Premier League in the first couple of months.

‘He was sensational tonight and when he is on the ball he gives you time, he is so relaxed,’ added the Scot. 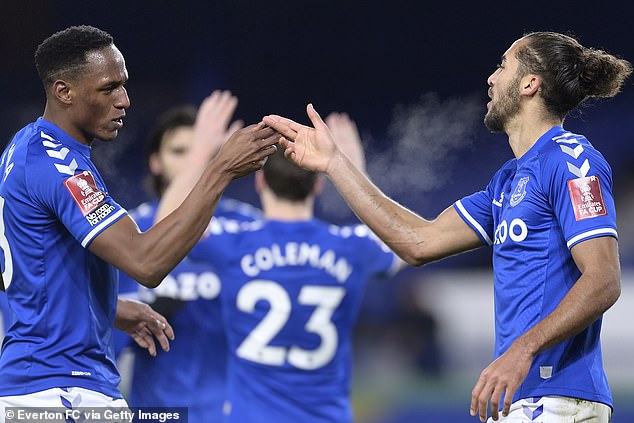 ‘He plays the game at his own pace and never really loses the ball, if he gives a pass it is always a positive. He gives us that quality.’

The night was also one for the record books as Thierry Small became the youngest player in the club’s history aged 16 years and 176 days after coming on as a late substitute, breaking Jose Baxter’s 2008 landmark by 15 days.

‘It was a great moment for him, the youngest Everton player – what a fantastic thing,’ said Ferguson.

‘It’s early days for the kid and he has a long way to go but the manager showed a lot of confidence in him.’ 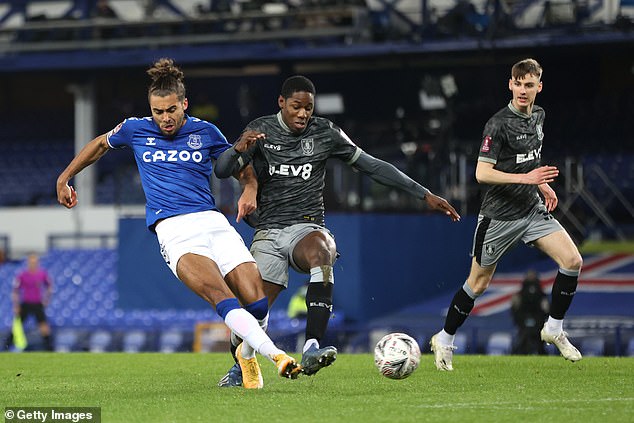 Wednesday interim manager Neil Thompson, after his first defeat following three victories since taking over from the sacked Tony Pulis, was disappointed with the goals they conceded.

‘I thought first half it was really encouraging,’ he said.

‘They have loads of quality all over the pitch and you have to be at full-tilt with and without the ball and I thought we kept a good shape, we just needed to penetrate and have a little bit more in the final third.

‘I think the (first) goal could have been prevented from our point of view and second half we came out of the blocks too slow and they got two set-piece goals.’

SARAH VINE: We MUST help these children fulfil their hopes and dreams

Every Player to Represent Arsenal & Chelsea This Century – Ranked