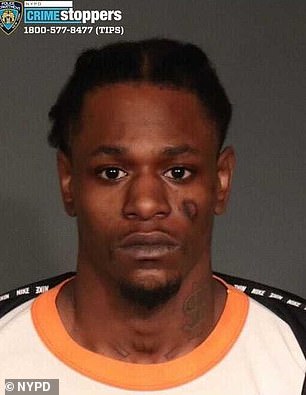 Four Rikers Island staffers, including a deputy warden, have been suspended after murder suspect, Christopher Buggs (pictured), 26, was accidentally released on Tuesday due to a clerical error

Four Rikers Island staffers, including a deputy warden, have been suspended after a murder suspect was accidentally released on Tuesday due to a clerical error.

Police are still searching for Christopher Buggs, 26, who had been imprisoned for over three years without bail while waiting for his murder trial.

Buggs was sentenced to 30 days of time served in a separate criminal contempt case. When the paperwork was filed, however, that sentence was also listed as the final disposition in the murder case, an error that went unnoticed.

Because of this, Buggs was released from Otis Bantum Correctional Center at 2am on Tuesday morning in an ‘erroneous discharge,’ as the Correction Department is calling it.

According to the New York Daily News, Assistant Deputy Warden Kevin Roulston, who was in charge of operations at the Otis Bantum Correctional Center the night Buggs was released, has been suspended.

Sources said that two correction officers and a captain were also suspended over the debacle.

Authorities said Buggs is considered to be armed and dangerous.

Buggs was awaiting trial in the murder of Ernest Brownlee, 55, who was killed on January 29, 2018. 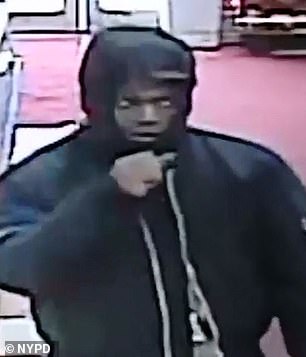 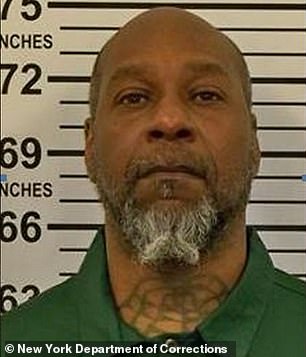 Buggs (left) was awaiting trial in the 2018 murder of Ernest Brownlee (right), which happened in Brooklyn

‘They need to find this guy,’ Winifred Mackins, Brownlee’s widow, told the Daily News after Buggs’ release. ‘I don’t like this. I’m angry. I’m (feeling) everything.’

A spokesman for the New York City Corrections department said a ‘full investigation into how this happened’ is under way.

‘Right now we are working with our law enforcement partners to return this individual to custody,’ said Corrections spokesman Peter Thorne.

Brownlee was gunned down outside of a Bedford-Stuyvesant bodega in Brooklyn, where was waiting for an order of pepper steak for lunch.

His widow said: ‘He was kind and generous to me and the kids. His grandkids still come to stay and say, ‘Hey grandma, where’s grandpa at?”

‘He was a good man,’ Alita Mackins, Brownlee’s sister-in-law, told the Daily News at the time of the murder. 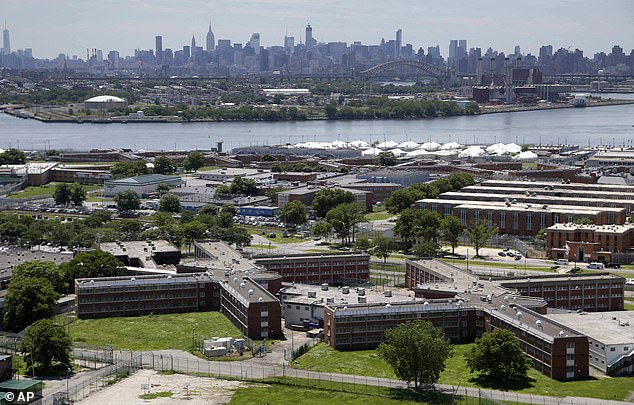 Asistant Deputy Warden Kevin Roulston, who was in charge of operations at the Otis Bantum Correctional Center the night Buggs was released, has been suspended. The New York City Council voted to close the Rikers Island jail by 2026 (stock)

‘He had his problems, but he did his time. He was out working hard, taking care of his wife, who’s ill.’

Buggs’ release is not the first time the Correction Department mistakenly released a prisoner.

‘Any erroneous release is unacceptable,’ the Corrections Department told the Daily News in response to their reporting.

Most of those inmates were captured again within a few days of their release, though one, Sidney Bannister, remained free for more than two years.

In 2019, the New York City Council voted to close the facility at Rikers Island by 2026.

‘Are You The B**** That Stormed The Capitol?’: Florist Bombarded With Hate, Mistaken For Shop Owned By Capitol Rioter