The co-host of BBC Breakfast Time presenter Frank Bough claims the late TV star was ‘a nightmare’ to work with, who was a misogynist and made ‘smutty remarks’ about his manhood to her.

In a candid first-person piece for The Sunday Times, Selina Scott, 69, also revealed she and Fern Britton were separately invited to meet Bough prior to working with him, finding out later that he was ‘auditioning’ them.

In Britton’s case, Bough, who for much of his career was one of the most famous and highly paid personalities on UK television screens, told the then-fledgling regional reporter he wondered how long would pass before they would have an affair. 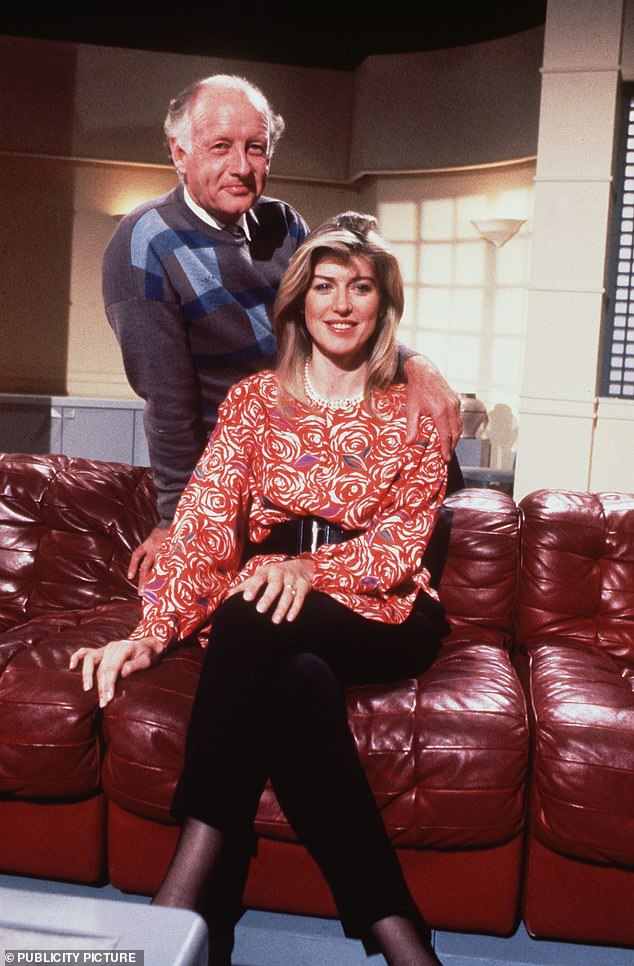 Selina Scott has candidly claimed that her BBC Breakfast Time co-host Frank Bough, who passed away last week aged 87, was a ‘nightmare to work with’ and a misogynist

Tributes poured in for Bough, who died aged 87 last week, and will largely be remembered for his contribution to television, including anchoring six football World Cups, six Olympics and at least 12 of rugby’s Five Nations Championships for the BBC.

But his career was left in ruins after a News Of The World expose in 1988 in which Bough confessed to taking cocaine with prostitutes.

He was sacked from his £200,000-a-year contract with the BBC, but Bough would later return to presenting on outlets including Sky and London’s LBC.

Before the revelations about his private life, he had been known for his squeaky clean image, passion for sport and ‘friendly uncle image’. 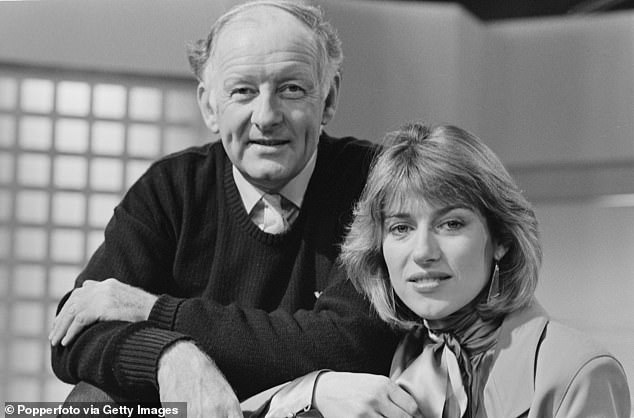 In her article, Scott said it pained her to ‘shatter the myth’ about Bough and believed to an extent that his dark double life of drugs and prostitutes were ‘shaped by fame, pressure and the misogynistic culture that prevailed at the BBC’.

She recalled how from the very start of their working relationship, Bough didn’t see them as equals, but rather: ‘In his mind he was very much the pater familias and I was the compliant second wife. He was 50; I was 31.’ 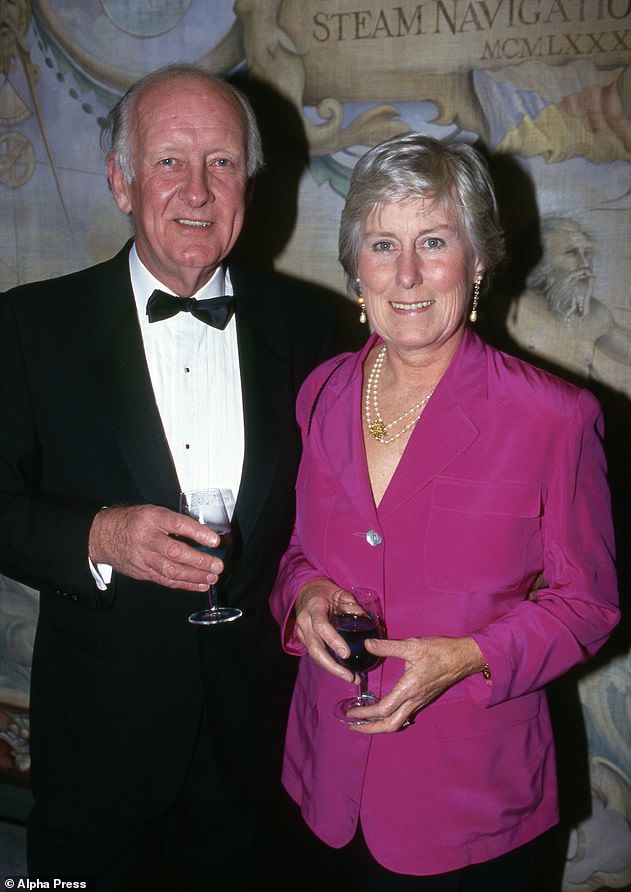 The late TV presenter Frank Bough pictured with his wife, Nesta, who survives him, in 1993

The first time they met was at Bough’s home, when he invite her over to meet him and his wife Nesta at their Thames-side home.

Scott said she felt it had gone well, but in an interview shortly afterwards with the Daily Mirror, Bough said it had been an ‘audition’ of sorts.

In 1988 Frank Bough was sacked by the BBC after the News of the World revealed he had taken cocaine with prostitutes at a Mayfair brothel.

He attempted to stem the tide by giving an ill-advised interview in a bid to protect his marriage and spare his three sons humiliation.

It ran the story with the front page headline: ‘Frank Bough: I Took Drugs with Vice Girls’.

In a grovelling mea culpa, he confessed to snorting cocaine with escort girls and drug-pushers and to watching couples have sex at wild parties, though he insisted the drug made him unable to have sex himself.

In 1992 he was seen leaving another prostitute’s flat which reportedly contained a cage and school canes.

Had he not liked her, Scott believes he would have told BBC bosses just that.

Likewise, Fern Britton recounts in her autobiography a similar meeting in a restaurant with Bough, where he asked the young reporter how long it would be before they had an affair.

Scott also accused Bough of trying to undermine both herself and Britton on live television.

She claimed that when Britton tried to stand up to him, she ended up leaving Breakfast Time and back on regional television.

‘Her experience was an echo of my own: deliberately undermined on air and rubbished off it,’ she said.

When Scott stood up to Bough and told him not to ‘hijack’ her when on live television, he reportedly feigned surprise, but didn’t argue.

Elsewhere, Scott detailed how Bough made jokes that implied she must be a lesbian not to fancy him and he made ‘smutty remarks’ about his manhood, something she found distasteful from a man 18 years her senior.

She also caught him ‘quietly smirking’ at disparaging articles about Scott that ripped apart her hairstyle, her clothes and even her interviewing skills.

In a later incident, Scott claimed she had to fight for equal pay when both she and Bough – who was paid four times as much as her for BBC Breakfast Time – were invited to present the Baftas.

After ‘enduring’ their time together, Scott left and joined The Clothes Show, before moving to New York to host the current affairs show West 57th on CBS.

Steve Coogan and Stephen Frears to collaborate on The Lost King