G20 summit: Saudi king urges united response to Covid as Trump ‘tells leaders he wants to work with them for a long time’ 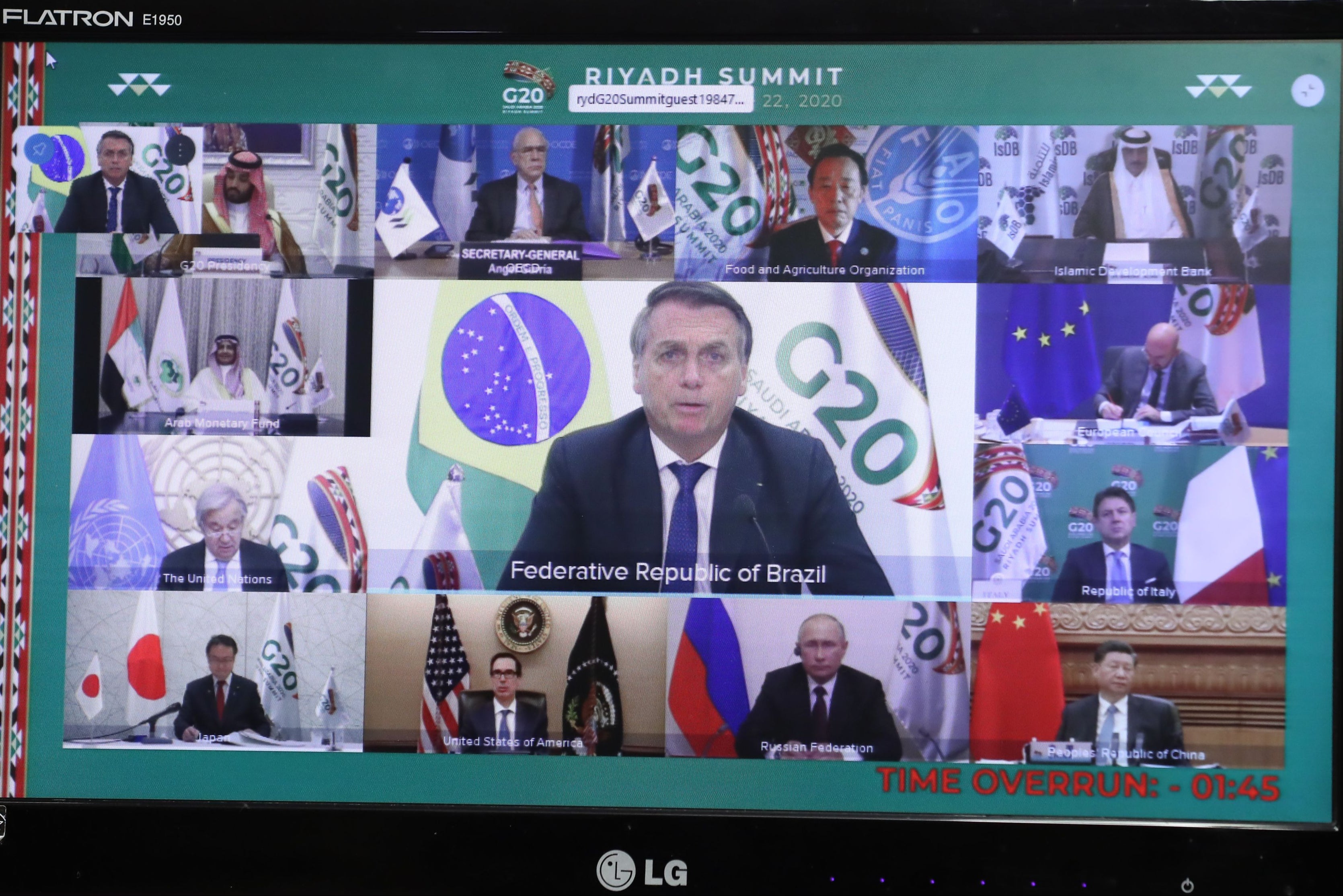 onald Trump is said to have told world leaders at the G20 summit that he wants to keep working with them “for a long time” while other members focused on uniting together to tackle the coronavirus pandemic.

Saudi Arabia’s King Salman said in the summit’s opening remarks: “We have a duty to rise to the challenge together during this summit and give a strong message of hope and reassurance.”

The kingdom, which assumed the G20 presidency this year, is the host of the virtual summit that is bringing together leaders from the world’s richest and most developed economies, such as the US, China, India, Turkey, France, the UK and Brazil.

Mr Trump is said to have deviated away from talks on Covid-19 by bringing his campaign to deny the US 2020 election results to the G20 summit.

According to audio of Mr Trump’s comments obtained by the Observer, the president told members: “It’s been a great honour to work with you, and I look forward to working with you again for a long time.”

One source told the newspaper: “His was the anomalous speech – the only one about domestic matters. Everyone else talked about global matters of life and death”.

As part of the summit, seven leaders released video messages on “Pandemic Preparedness and Response”. France’s president Emmanuel Macron warned of the challenges in obtaining “universal access to health technologies against Covid-19”.

Meanwhile German chancellor Angela Merkel called for strengthening the World Health Organisation (WHO) and stressed the pandemic can only be overcome if an affordable vaccine is available to all nations.

In a video statement released ahead of the summit, UK Prime Minister Boris Johnson appealed to global leaders to harness the resources of the world’s wealthiest nations to end the Covid-19 pandemic and tackle climate change.

“Our fates are in each other’s hands,” said Mr Johnson, who plans to attend two virtual events at the summit while self-isolating at home in London after coming into contact with someone who tested positive for Covid-19.

The Saudi monarch praised G20 efforts to inject more than 11 trillion dollars into the global economy this year as stimuli to support businesses and the most vulnerable.

He also commended the group for extending protections to those most impacted by the global economic recession, including a G20 decision to suspend debt payments for the world’s poorest countries until mid-2021 to allow those nations to focus their spending on healthcare and stimulus programmes.

“I am confident that the Riyadh summit will deliver significant and decisive results and will lead to adopting economic and social policies that will restore hope and reassurance to the people of the world,” King Salman said.

‘I am going to end up homeless”: Aussies still trapped overseas