Cardinal George Pell has returned to Rome from Australia for the first time since being jailed and then exonerated on child sex abuse charges.

Wearing a face mask, the 79-year-old was silent as he climbed into a waiting car at Rome’s Fiumicino airport on Wednesday – briefly lifting his hand towards a crowd of waiting media who had gathered for his arrival.

Vatican spokesman Matteo Bruni said there is ‘currently no meeting planned’ between the cardinal and Pope Francis.

But experts on the workings of the tiny city state said a reunion between the head of the Roman Catholic Church and the man he once appointed as his trusted anti-corruption tsar was inevitable. 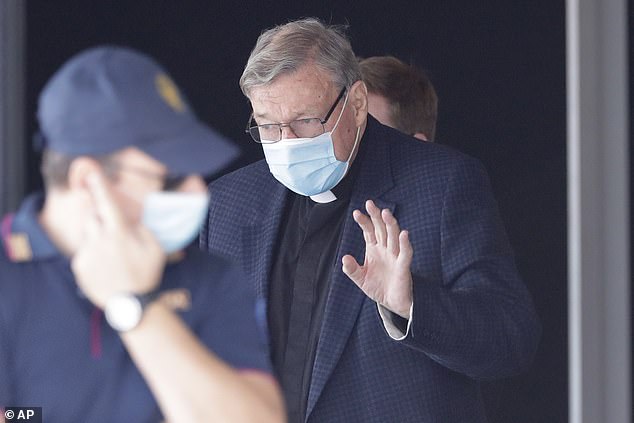 Australian Cardinal George Pell waves as he arrives at Rome’s international airport in Fiumicino on Wednesday. The Vatican has said there is no meeting arranged between the exonerated cleric and the head of the Roman Catholic Church 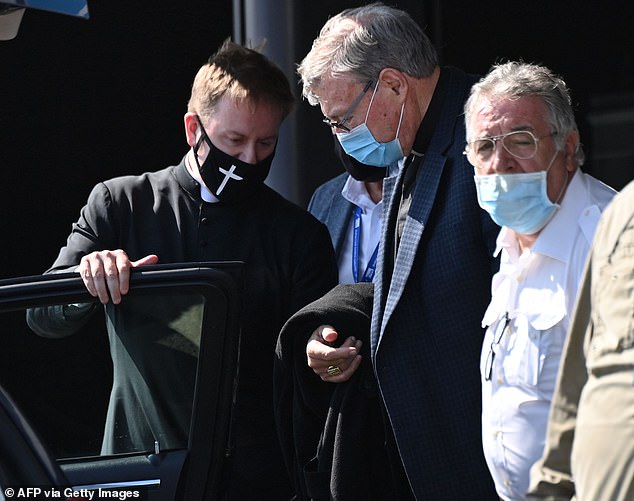 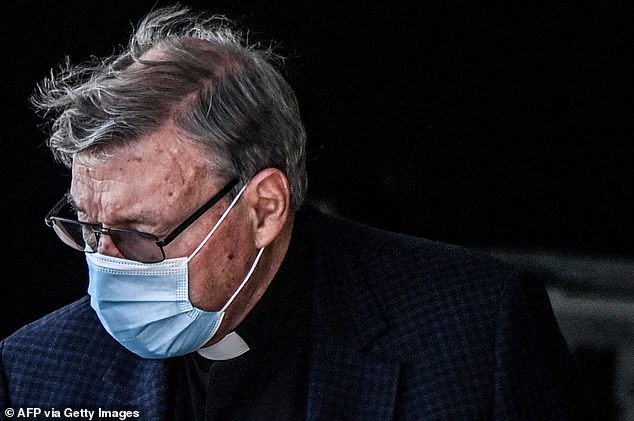 ‘He will meet Francis. He’ll do it as a free man,’ Italy’s Repubblica newspaper said.

‘It will be Pell’s chance for a redress, after many in the Vatican rejoiced at his removal.’

At their last face-to-face meeting in June 2017, Pope Francis gave Pell an extended period of leave to return to Australia and clear his name, amid false accusations he molested two choirboys in the 1990s.

Pell was convicted in December 2018 of sexually abusing the boys when he was the archbishop of Melbourne.

He strenuously denied the charges and the High Court in Australia overturned his conviction in April this year after hearing his second appeal.

The former Vatican treasurer spent more than a year in prison. 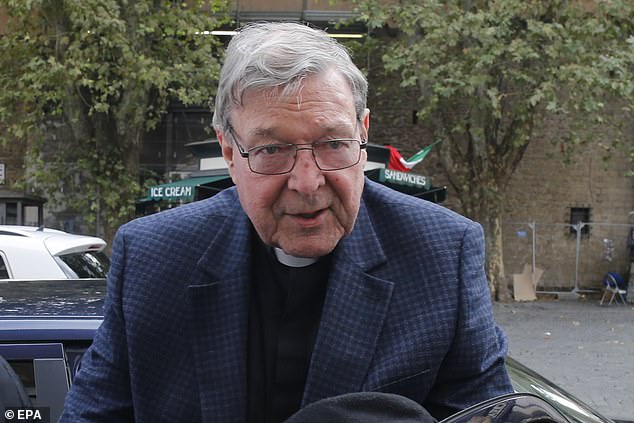 Pell arrives at his residence in Rome on Wednesday. He spent more than a year in prison before his convictions were quashed

Pell had said shortly after his release from jail he would at some point return to Rome to pack up his apartment – but planned to live in Sydney.

A Pell aide told AFP his trip to Rome was a ‘private visit’.

Under coronavirus travel restrictions, Australians are barred from leaving the country except for official business or compassionate personal reasons. 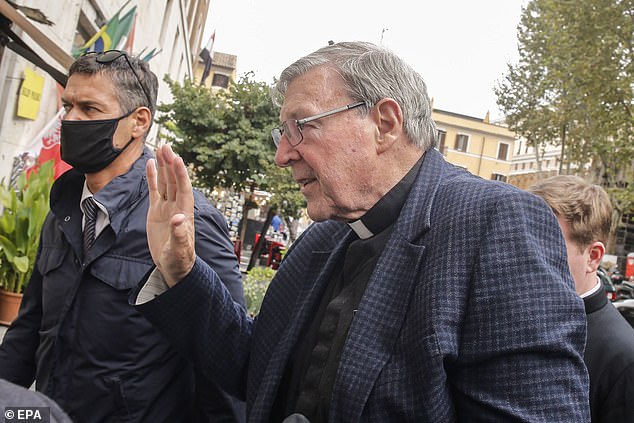 The reason for Pell’s exemption to leave Australia remains unclear. Australians must have compassionate personal reasons or be travelling on official business to leave the country 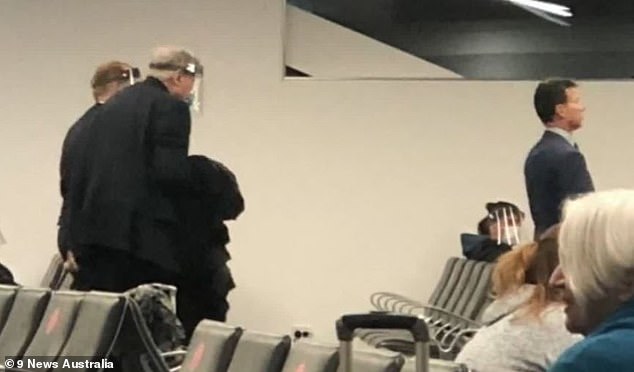 It was not known on what condition Pell was granted an exemption.

Pell boarded a plane bound for Rome on one of the last flights leaving Sydney International Airport on Tuesday night.

NSW Police officers are believed to have escorted Pell through the airport terminal via a lower ground entrance different to the one used by the public to avoid the waiting media, Nine News reported.

‘People need to open their minds!’ – Tom DeLonge on his new career as a UFO expert