Two giant salt water crocodiles have been spotted terrorising locals as they lurk near a busy boat ramp, with their size potentially the result of eating leftover food dumped by fisherman.

The predators were pictured swimming around the Port Douglas shoreline, near the popular Tin Shed restaurant, on Saturday by resident Lyell Woods.

‘A couple of big boys hanging around the boat ramp this morning,’ Mr Woods wrote, sharing the photo on Facebook. 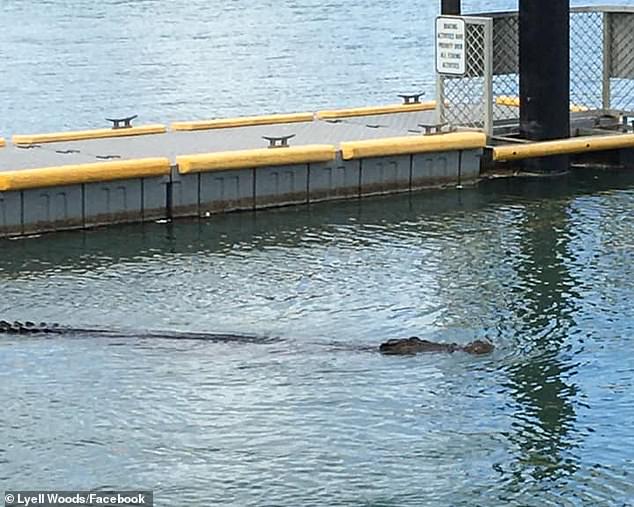 Another concerned resident reported the incident to the Department of Environment and Science (DES) on Monday after seeing the photos online.

A DES spokesman said wildlife officers are investigating the incident and stressed the importance of not feeding crocs or leaving food scraps or bait near the water.

‘Members of the public are reminded to never clean fish, leave food, fish scraps or bait near boat ramps, as this can attract crocodiles,’ the spokesperson said.

‘Recent warning signs have been installed and wildlife officers are monitoring the area,’ they said.

Port Douglas is in a General Management Zone under the Queensland Crocodile Management Plan, meaning crocodiles displaying dangerous behaviour are targeted for removal.

‘Port Douglas is known croc country and people in the area are reminded to always be Crocwise,’ the DES spokesperson said.

‘Expect crocodiles in all far north Queensland waterways even if there is no warning sign and obey all warning signs.’

The Department also urged residents to be extra cautious around water at night, stay away from croc traps and avoid using small vessels such canoes and kayaks. 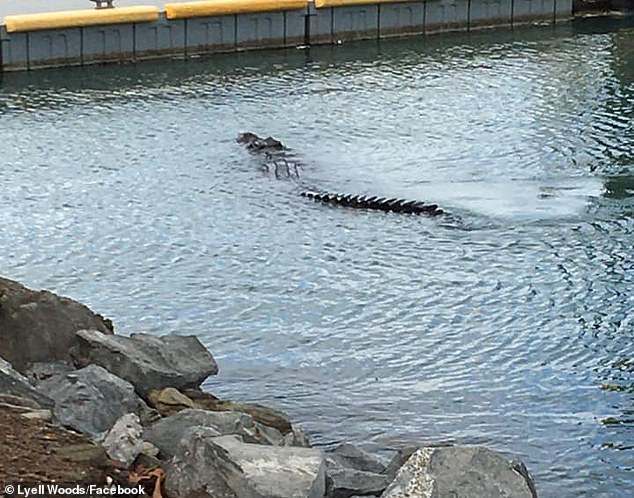 Those fishing are advised to stand back from the water’s edge and never wade in to retrieve a lure and parents should always supervise children near the water and keep pets on a lead.

A new Qwildlife app is available to download to help make waterways in croc country safer by delivering real time information about crocodile sightings to wildlife officers and members of the public.

‘People in croc country are encouraged to use it,’ the DES spokesperson said.

The sighting was unnerving for locals, with some saying they had seen people swimming in the area.

‘That’s a bit close for comfort,’  one person wrote on Mr Wood’s post.

Another added: ‘Pays not to let your guard down when putting the boat in.’

‘Bet those kids won’t want to jump in there again,’ a third said. 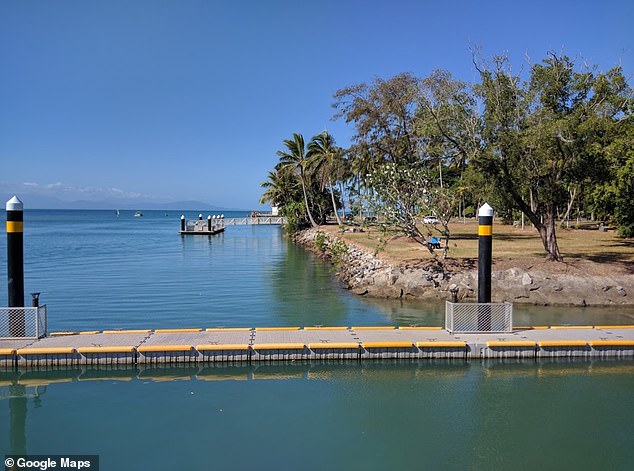 Tiers will make us anxious and depressed