Girl, 10, is fighting for life after being bitten twice by king brown snake in Alice Springs

A ten-year-old girl is in hospital after being bitten by a highly venomous king brown snake twice while sleeping in her bed.

The girl from Alice Springs is currently recovering in the ICU after paramedics rushed to her home at Desert Springs around 10pm on Monday.

She was bitten on both feet by the one-metre snake and is now in a stable condition. 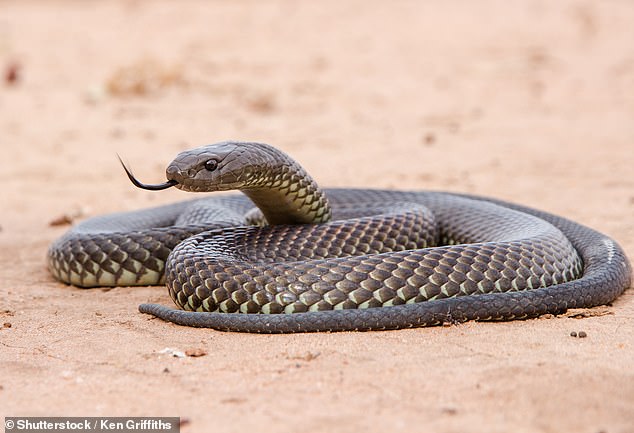 Rex Neindorf, a snake catcher in Alice Springs who was called to the home, said the little girl was ‘extremely lucky’ not to have come off worse than she did.

‘She was asleep in the bed and the snake had gotten into the bed as well, so when she stretched her legs out she touched it and as soon as she did it unfortunately bit her,’ he told Daily Mail Australia.

‘She’s then gone to move the snake away, still half asleep and the snake has bitten her on the other foot.’

King brown snakes which are often referred to as mulga snakes, can inject high amounts of venom with a single bite.

‘She’s very lucky. The family did all the right things, the paramedics and hospital were all fantastic,’ Mr Neindorf said.

‘She’s an amazingly brave girl. She wasn’t crying when I arrived.’

The snake expert said the best thing to do if bitten was to stay as calm as possible, before applying bandages to the area.

‘The whole family was really really calm, usually you expect people to be screaming and running down the road,’ he said.

The ten-year-old is now suffering some nausea and vomiting but is recovering well.

It’s unclear how long she will be in hospital for.

King brown snakes are found across Australia except for in Tasmania and Victoria, and can grow to up to three metres long.

They are the heaviest venom snake in the world delivering 150mg in just one bite. 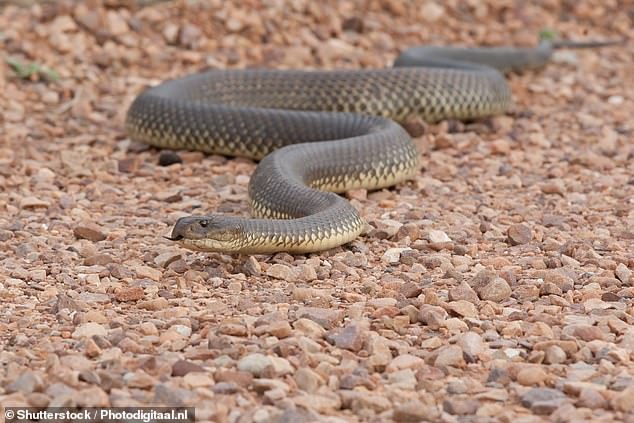