Government borrowing soared to £34.1billion in December – the third highest monthly figure on record – amid growing fears about the UK’s debt mountain.

The number for the last month of 2020 was £28.2billion higher than the equivalent period in 2019 as the pandemic wreaked havoc on the economy and ministers lashed out on massive bailouts such as furlough.

It pushed total borrowing for the first nine months of the financial year to £270.8billion, the peak for any April to December period since records began in 1993.

There are fears the full-year figure will top £400billion. Even in the aftermath of the credit crunch, borrowing only hit £158billion in 2009-10. 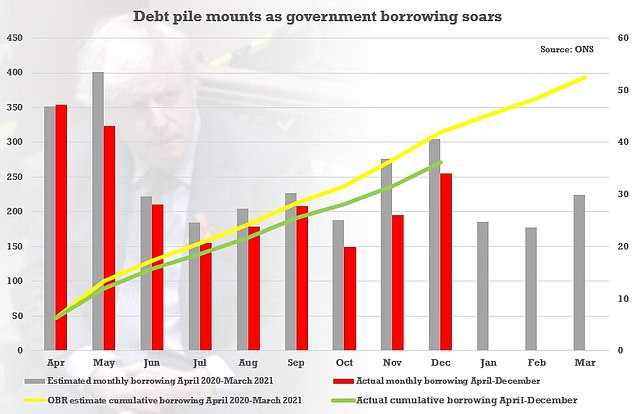 Alongside spending to ease the effects of lockdowns, extra borrowing has been needed to make up the fall in the amount of tax that HM Revenue & Customs has been able to collect.

In December, tax receipts are estimated to have been £43.6billion, down £1.4billion from the same period in 2019.

There have also been notable falls in VAT and business rates.

The staggering scale of the government’s liabilities emerged as Rishi Sunak comes under pressure to boost support for coronavirus-hit firms and workers even further.

Business leaders are the Chancellor extends the £46billion furlough scheme again past April, warning crippled firms cannot wait for a decision until the Budget in March.

Meanwhile, Mr Sunak appears increasingly isolated in Cabinet as he resists calls to extend the £20-a-week increase to universal credit.

The move would cost £6billion a year, with Treasury sources pointing out that is equivalent to a penny on the basic rate of income tax.

Mr Sunak has insisted he stands ready to support jobs and businesses, with a raft of measures including furlough, grants and loans already in place.

Interest rates are incredibly low, meaning that financing the debt is relatively cheap for the government.

However, he has also cautioned that there will be a reckoning for the enormous outlays once the immediate crisis has passed – with swingeing tax rises and spending cuts feared as he scrambles to balance the books. 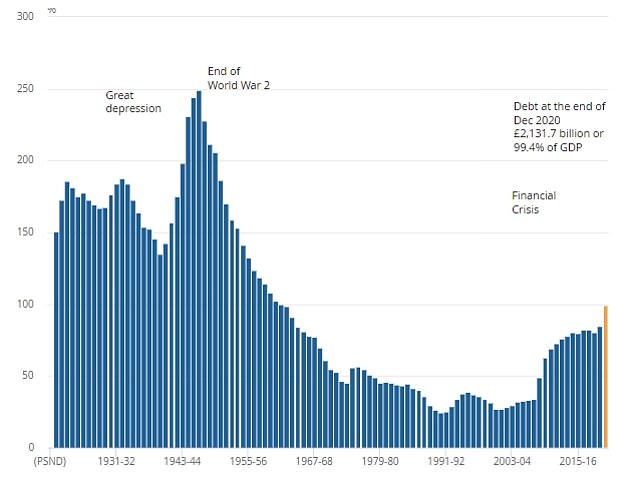 Home Office Law: How does it affect us entrepreneurs?