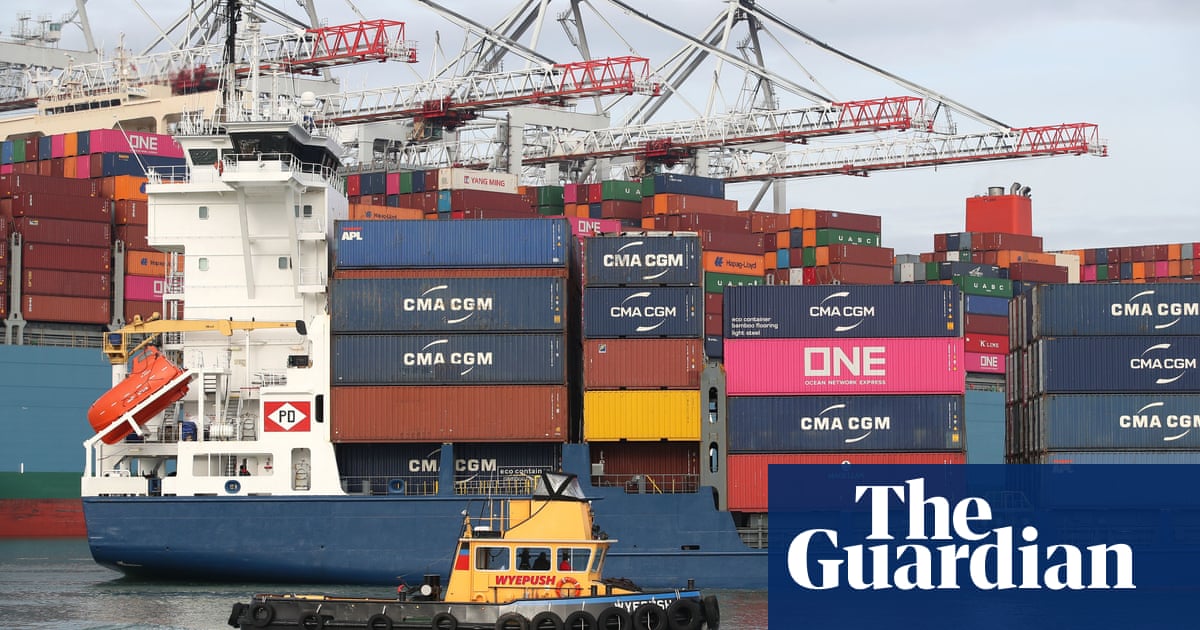 Ministers are ploughing £700m into a Brexit border strategy to be ready once the country leaves the single market and customs union, hiring 500 extra staff and building control posts.

The financial package comes days after a leaked letter from the international trade secretary, Liz Truss, revealed her concern that the country would not be ready for the transition period to end on 31 December.

The Cabinet Office minister, Michael Gove, said UK-EU borders would be secure by the end of the year. “Whether or not we secure a Canada-style trade deal with the EU during the course of negotiations that we are carrying out, we will be outside both the single market and customs union come what may,” he told the BBC’s Andrew Marr Show. “Government certainly needs to take some steps to make sure we are ready.”

He denied the financial plans had come too late to be implemented by the end of the year.

Meanwhile, the chancellor, Rishi Sunak, was reported to be poised to introduce tax cuts and an overhaul of planning laws in up to 10 new “free ports”. Sunak is said to be planning to open bidding for towns, cities and regions to become free ports – where UK taxes and tariffs will not apply – in his autumn budget.

The Sunday Telegraph said the ports would be fully operational within 18 months of the UK leaving the customs union and single market at the end of this year.

The £705m package includes £235m for staffing and IT systems and £470m for port and inland infrastructure to ensure compliance with new customs procedures and controls.

New border infrastructure will be built inland where there is no space at ports, while ports will get one-off financial support to ensure the right infrastructure is in place.

On reports the government has bought land in Ashford, Kent, to turn into an enormous lorry park – anticipating tailbacks as goods are checked at the border – Gove said that was not the government’s intention.

“What we want to do is make sure freight travelling through Kent can get to Dover, on to the ferries and then into France as quick as possible. It may be the case that, not so much in Kent but elsewhere, that there will be specific pieces of infrastructure in order to smooth the flow of traffic.” He said this was to avoid tailbacks and traffic jams on roads.

The £700m relates only to the implementation of the UK-EU border, and the government is expected to publish specific guidance and measures for Northern Ireland later this month.

In her leaked letter, Truss said she believed HMRC would apply the default EU tariff to goods in Northern Ireland on 1 January 2021, rather than a dual tariff system the government has been trying to develop with a bespoke IT system.

Gove was also quizzed on why the prime minister had said in December 2019 there would be no checks at the border. He replied: “There will be some checks from products of animal origin that go from GB to Northern Ireland but we want them to be as light-touch and as minimal as possible. You will not have customs officers saying ‘halt’. What you will have are vets who will be suitably equipped in order to carry out surveillance.”

The funding package comes ahead of a public information campaign giving guidance to traders and hauliers on what they may need to do to prepare for the end of the transition period.

My lightbulb moment: Baking expert Eloise Frank reveals the inspiration behind her business