A 66-year-old grandmother, who was terrified of catching Covid-19 and giving it to her family, killed herself by stepping in front of a train when she felt ‘a little under the weather’ with symptoms of a cold, an inquest has heard.

Rosalind Weaver was hit by an express passenger train at Ebley, Gloucestershire, in September last year.

Her death came without any warning and she left no suicide message of any kind, the Gloucester inquest was told.

Mrs Weaver’s husband Reginald also stated that to his knowledge his wife, whom he had known for 49 years, had never even considered taking her own life.

The day before her death the couple had been looking after their grandchildren and they had discussed having a two-week holiday and were looking forward to future plans, he said.

‘She felt she had a cold coming on,’ he stated. ‘She was worried by this and she went out to take a walk to clear her head.’ 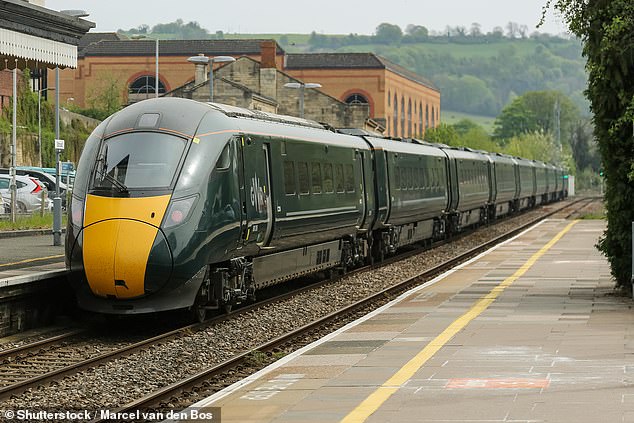 Rosalind Weaver was hit by an express passenger train at Ebley, Gloucestershire, in September last year (stock image of train at Stroud Station)

The inquest heard that at 5.38am on September 29 emergency services received a 999 call reporting a person struck by a train at Ebley level crossing.

No drugs or alcohol were found in Mrs Weaver’s system, the coroner was told.

A report from her GP surgery, Locking Hill, Stroud, said she had visited in 2007 with issues relating to her mental health and a long standing problem with anxiety.

Her anxiety at that time had led her to finish her job and change career.

In 2013 she told her GP she had ‘intense anxiety’ and sometimes experienced suicidal thoughts.

She admitted having visited a train track two months earlier but commented: ‘It was not as easy as you think.’ 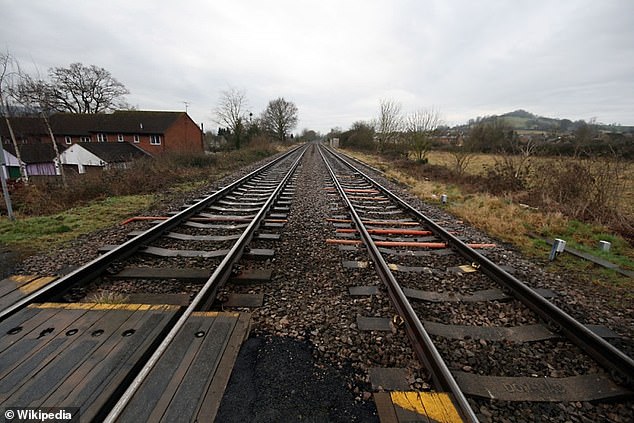 The inquest heard that at 5.38am on September 29 emergency services received a 999 call reporting a person struck by a train at Ebley level crossing (pictured)

‘She was a little under the weather and thought she had caught a cold,’ said Mr Wilson.

‘Her husband last saw her at 2am. At 7.30am he realised she was missing and reported this.

‘At 5.24am that morning the driver of an express train saw a person standing facing him on the track.

‘That person made no effort to move and was struck. The lady was identified from fingerprints.

‘The train was a passenger service to London. The driver said as he was a quarter of a mile from Ebley crossing he was shocked to see a person standing in front of him on the line and staring at him.

‘The person made no attempt to move but her head dropped just prior to her being struck.

‘Mrs Weaver was a local lady who had lived about a quarter of a mile away since 1984.

‘Mr Weaver could offer no clues as to why this incident had occurred.

‘He described her as a worrier who was particularly concerned about contracting coronavirus and passing it on to her family.

‘The family are at a complete loss as to why this has happened as she displayed no warning signs prior to death.’

Having heard that a post mortem found Mrs Weaver died from multiple injuries, the coroner recorded a conclusion of suicide.

For confidential support call the Samaritans on 116123 or visit a local Samaritans branch, see www.samaritans.org for details.

Nearly £1.6bn in fraudulent claims against Government’s bounce back loan schemes are blocked