Greek Cast: Then and Now 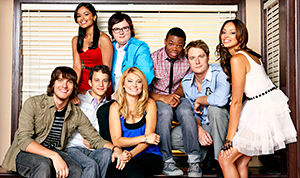 Created by Patrick Sean Smith, ABC Family’s Greek premiered on July 9, 2007 and ran for four seasons until March 7, 2011. The series about sororities and fraternities on the fictional campus of Cyprus-Rhodes University starred Spencer Grammer, Scott Michael Foster, Jake McDorman, and Jacob Zachar. Look back at some of your favorite characters (Cappie, of course!) and see where the actors are today.

Man, Woman Shot When Fights Breaks Out At Gathering At Longwood Manor Home

Music’s Biggest Night! Look Back at Grammys Hosts Through the Years

Beauty: For brows that wow naturally…