This is how much of Tenet sounded to viewers in cinemas. The film’s dialogue has been criticised by reviewers and audience members for often being impossible to make out. Given how hard Nolan’s blockbuster would be to understand even if all the dialogue was crystal-clear, it is curious that the director has made it doubly difficult to hear the story of a screenplay he supposedly spent five years writing.

But it isn’t just Nolan’s films. It’s a much-repeated claim that movie dialogue is becoming harder and harder to hear. What is going on?

Mathew Price is a production sound mixer who has worked on The Sopranos and The Marvellous Mrs Maisel. “When they take the sound we record on set and kind of undermix it, it feels like, ‘What did we try so hard for?’” he says. Price believes the problem is partly that modern directors have so many more tracks to play with, causing “track overload”, the result being that “the dialogue gets short shrift a lot of the time”. When he watches films or TV shows at home, he turns on the subtitles in case of clarity issues – he is far from the only one – and will limit the TV’s dynamic range. (On home TVs the dynamic range is more extreme than in a cinema: this is why you often have to turn up the volume for dialogue, then down again for action.) 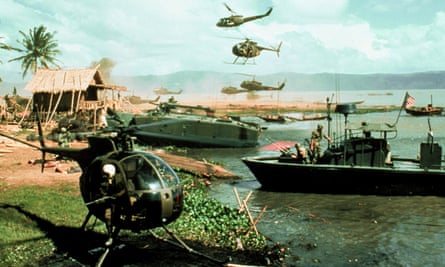 ‘Listen to Apocalypse Now – you hear everything’. Photograph: Allstar/Cinetext/Miramax

Is it actually a modern phenomenon? Sound engineer Ron Bochar, who was nominated for an Oscar for his mixing on Moneyball, thinks so. “Think about it: the first few Star Wars [films], we heard them all. We heard all the lines. Listen to Apocalypse Now – you hear everything.” Price agrees: “If you watch old movies, you might hear some sound effects here and there but now they go nuts: somebody’s walking across the room in a leather jacket, you hear the zippers clink and the creak of the leather and every footstep is right in your face.”

When television became commonplace in the mid-20th century and challenged cinema’s dominion, cinema needed to distinguish itself; it needed to prove that it could justify people leaving the comfort of their homes. It did so partly by becoming bigger and louder. In an era – and a pandemic – in which home streaming dominates, cinema may be forced to pull out the stops once more. “I think we’re bombarded,” Paul Markey, a projectionist at the Irish Film Institute, says of modern films. “The more expensive movies have got, the more of a bombardment they become on your senses.”

For Bochar, the priority is dialogue. Working with other editors, his job is to layer a film with multiple levels of sound. As he adds layers he has to make sure he can still hear the words. “The first thing I do is create a solid dialogue track, and then everything else has to come up to it and not exceed it,” he says. “Somebody wrote the words and actors are saying those lines, so there’s got to be some priority.” He doesn’t know any re-recording artist who would deliberately obscure a story point.

Sound effects and music tracks exist on faders that can slide up and down. This means that even “a crazy, batshit scene” with numerous layers of sound is easy for a mixer to control. “It really isn’t a mystery. We know how to do it.” This means that Nolan’s use of noisier Imax cameras in Tenet would not explain the problem, as some have suggested.

To complicate matters, there is a disparity between the environment in which the director hears the final mix of a film and the one in which it is screened. Markey says Warren Beatty watched a screening of Bonnie and Clyde when it came out and couldn’t understand why the sound of the bullets was so quiet. The projectionist was turning the volume down. Beatty realised that projectionists, not directors, have final say on a film. Markey says that they could, for example, raise the volume of the dialogue specifically, but they never do – it would mean having to readjust it for every film. 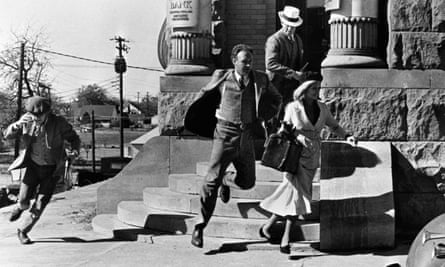 Pump up the volume … Bonnie and Clyde. Photograph: Granger/REX/Shutterstock

As with most problems, every department assumes that another department is to blame. Although many viewers claim that films are getting louder, Bochar says that the opposite is the problem: “All of us in the industry will tell you point-blank that generally every single cinema is playing it lower than it should be.” A studio’s reference level tends to be around 85 decibels, or 7 on the Dolby scale, he says. But cinemas will often play the film at 4 (around 75 decibels). The Irish Film Institute has been playing Tenet at 4, Markey says, because the recommended level will not always correspond to the cinema in which the film is showing.

In Nolan’s case, Price and Bochar are confident that the director does it intentionally. In a 2019 Reddit AMA, sound designer Richard King – who has worked with Nolan on seven films, including Tenet – said: “He wants to grab the audience by the lapels and pull them toward the screen, and not allow the watching of his films to be a passive experience.”

It’s hard to imagine that Nolan is unaware of the criticism. Price suspects the director wants to make the audience work harder to understand the dialogue; he thinks Nolan believes this will make the film a more immersive, engaging experience. But, Price says, “I think he is the only one in the world who believes that.”