Health: Tanning bed use three times a year could increase risk of endometriosis by 30 per cent

The risk of women developing endometriosis is increased by around 30 per cent by just three sessions a year on a tanning bed, a study has warned.

US Experts found that risk of the painful condition also increased the more women got sunburnt or used sunscreen during their teenage and young adulthood years.

However, the team also found that women living in areas with high levels of UV light — like in the southern US – were less likely to be diagnosed with the disorder.

Endometriosis is a condition where tissue similar to the lining of the womb grows in other places, such as the ovaries and fallopian tubes.

Celebrities such as singer Dolly Parton and journalist Emma Barnett have previously spoken out about their experiences with the condition. 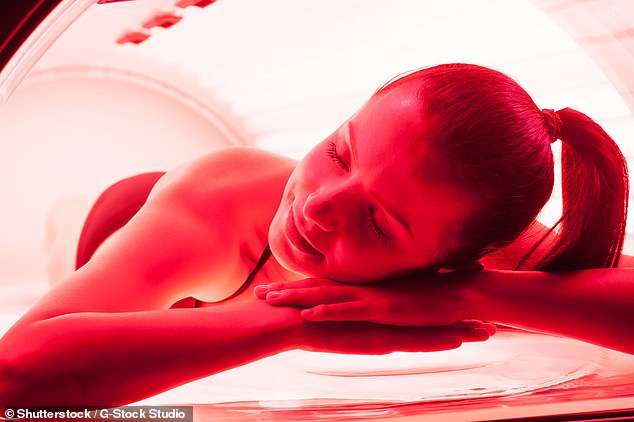 The risk of women developing endometriosis is increased by around 30 per cent by just three sessions a year on a tanning bed (pictured), a study has warned

‘Prior research into the long-term health consequences of endometriosis has suggested that women with endometriosis are at greater risk of melanoma,’ said paper author and epidemiologist Leslie Farland of the University of Arizona.

‘The exact mechanisms underlying the association between endometriosis and melanoma are not known.’

However, she added, ‘several studies have found a greater risk of endometriosis in women who are sensitive to sunlight, don’t tan easily and have red hair, light eyes, freckling or a high number of moles.’

‘These associations may reflect a common genetic background between endometriosis and melanoma or an underlying association between sun exposure and risk of endometriosis.’

In their study, Professor Farland and colleagues studied 116,429 women who joined the US Nurses’ Health Study II in 1989, when they were aged between 25–42 years.

Every two years up until June 2015, each woman provided updated information on their medical history and their exposure to risk factors for several chronic diseases.

They were also asked about how easily they sunburnt, the number of moles on their legs, and the number of severe sunburns they had  between the ages of 15–20.

In 1993, participants also provided information on their use of sunscreen, and in 2005 were asked about their use of tanning beds during their teenage and early adult years, as well as between the ages of 25–35.

The women were also asked whether they had been diagnosed with endometriosis, which is identified by means of by laparoscopy, a minimally invasive procedure to analyse the organs of the abdomen.

Based on the records of the women’s home addresses, the researchers were able to estimate each participant’s annual ambient ultraviolet A and ultraviolet B exposure. 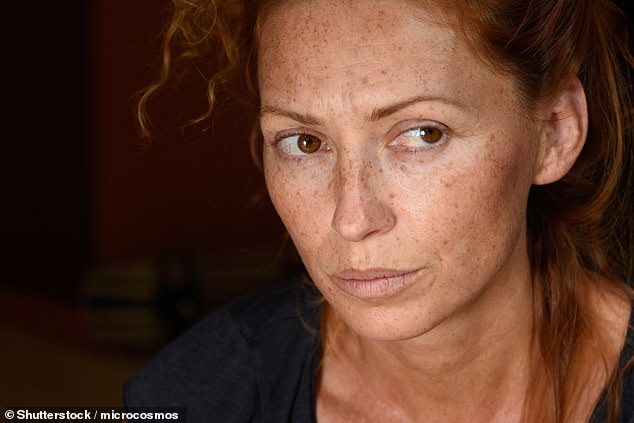 ‘Several studies have found a greater risk of endometriosis in women who are sensitive to sunlight, don’t tan easily and have red hair, light eyes, freckling or a high number of moles,’ noted paper author and epidemiologist Leslie Farland of the University of Arizona

In their study, the researchers focussed solely on white women, because of the known racial and ethnic disparities in endometriosis diagnosis and differences in the influence of UVA and UVB light on different races.

Of this cohort of 95,080 women, there were 4,791 cases of endometriosis diagnosed during the period of the data collection.

The team found that — compared to women who never used tanning beds — those who partook six or more times a year when they were teenagers and young adults had a 19 per cent increased risk of endometriosis.

Furthermore, those who reported using them six or more times a year between the ages of 25–35, were found to have a 24 per cent increased risk of the condition.

And those who used tanning beds three or more times a year across both time periods had a 30 per cent higher risk of developing the painful disorder.

Around five women in every 100 might develop endometriosis over the average follow-up period — of nearly 14 years per person — if they had never used tanning beds as teenagers, young adults or between the ages of 25 and 35, the team said.

However, they warned, nearly seven women in 100 would develop the condition if they used tanning beds more than three times a year.

A history of having five or more severe sunburns between the ages of 15 and 20 was associated with a 12 percent increase in the risk of endometriosis, as compared to women who were never sunburnt.

Meanwhile, those who used sunscreen all the time had a 10 per cent higher risk of endometriosis compared with those who never applied such.

Women who lived in the sunniest parts of the country at birth, 15 years and age 30 had a 19, 21 and 10 per cent reduced risk of endometriosis, respectively, when compared to those living in parts of the US with the least annual sunshine.

The researchers cautioned that the mechanisms between exposure to the sun and tanning beds and risk of endometriosis are not clear.

Furthermore, the observational nature of the study means that it cannot show that these exposures certainly caused the increased risk of endometriosis.

The full findings of the study were published in the journal Human Reproduction.

Endometriosis occurs when cells in the lining of the womb are found elsewhere in the body.

Each month, these cells react in the same way as those in the womb; building up, breaking down and bleeding. Yet, the blood has no way to escape the body.

Symptoms include pain, heavy periods and fatigue, as well as a higher risk of infertility, and bowel and bladder problems.

Its cause is unknown but may be genetic, related to problems with the immune system or exposure to chemicals.

Treatment focuses on pain relief and improving quality of life, which may include surgery or hormone treatment.

‘Show us the secret dossier of doom’: MPs demand to see report

Irish firm is in ‘advanced’ stages of a swallowable coronavirus vaccine, Leo Varadkar tells his MPs

Marie Kondo reveals she is pregnant with her third child: ‘Another bundle of joy on the way!’