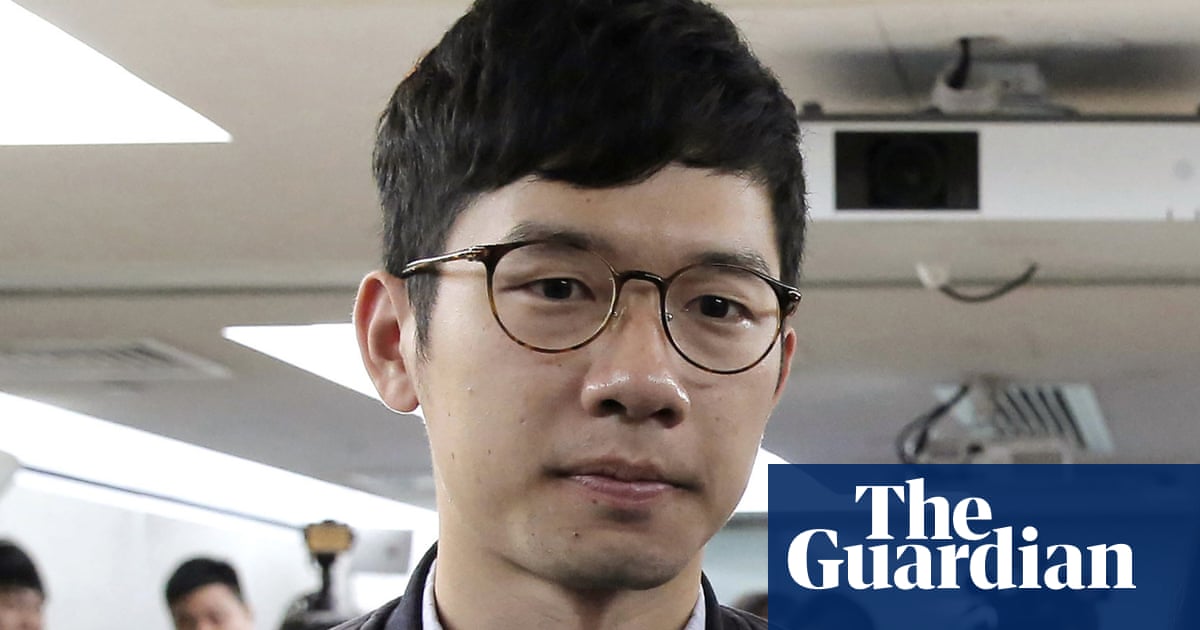 Three years ago, Nathan Law was jailed for several months over his role in pro-democracy “umbrella movement” protests in Hong Kong. But even in prison, he never imagined he would consider fleeing his home.

China’s decision to bring in a sweeping national security law that has criminalised many forms of peaceful protest in Hong Kong and carries penalties of up to life in prison changed that overnight.

When the broad restrictions were made public on the same day they came into force this week, Law, 24, decided he could not continue his political work effectively or safely while based in the city. Demosisto, the pro-democracy party he founded with Joshua Wong and others, disbanded.

“While the situation has been deteriorating in Hong Kong for the past year with regard to freedom of speech, no one could foresee that kind of acceleration,” he told the Guardian in an interview from an undisclosed location. “Especially political actors, we did not think we would be in a situation that makes us consider fleeing.”

After the legislation came in, Law gave testimony about it to US lawmakers via video link and then left his home, possibly forever, vowing to keep up the struggle when he had escaped the shadow of arrest.

“I have a mixture of a bit of sadness and also determination, it’s really complicated to even describe it,” he said. “I don’t know when I will go back to the city I love the most, yet I know I am leaving for the benefit of Hong Kong.”

Activists in exile have often grappled with the problem of staying relevant to a struggle that continues in their absence. Chinese dissidents from the mainland include prominent international names such as Ai Weiwei, who still draws huge crowds around the world and has a powerful platform to criticise Beijing.

Others, however, have struggled to keep up their political work and profile while having to find new ways to support themselves, facing communication challenges if they do not speak the language of their new home, and even dealing with fears of extra-territorial violence by the Chinese state.

Law says he left in large part because he wanted to continue campaigning internationally for governments to put pressure on China over Hong Kong. The city’s small size and lack of independence means many in the protest movement see external pressure as key to any hope of change.

But raising awareness abroad is now risky for Hong Kong residents because the new legislation penalises “collusion with foreign forces”. Its broad terms mean this could potentially include calling for sanctions or testifying to foreign governments.

“The international front in this particular movement is very important. Over the last year we could see a global trend towards a more assertive attitude to China – that tide helps Hong Kong resistance,” he said. “[The law] was particularly targeted for crushing the international [effort], with provisions allowing anyone having international connections to be accused of colluding with foreign forces.”

He is is confident he will be able to continue to fight for democracy from beyond Hong Kong, and having prominent figures abroad may be vital for the movement to keep up pressure in the longer term.

Heavy prison sentences are a very real threat for those who stay in the city, if Beijing’s approach to controlling dissent on the mainland is any guide. The new security law applies to activities outside as well as inside Hong Kong, and allows defendants to be tried in party-controlled mainland courts.

Long spells in jail have frequently been used to mute leading critics of the government, such as the Nobel peace prize winner Liu Xiaobo. Liu died from liver cancer in 2017 while still under guard in hospital, the first Nobel peace laureate to die in custody since the German pacifist Carl von Ossietzky, the 1935 recipient, who died under surveillance after years confined to Nazi concentration camps.

Law said he would be joining a supportive community. “There are actually a lot of Hong Kong overseas activists residing in major cities around the world. No matter where I go, I will always find people who support [the struggle].”

They include Simon Cheng, a former Hong Kong consulate worker who alleged he was tortured in China and has been granted asylum in the UK. He said pro-democracy activists were discussing a plan to create an unofficial parliament-in-exile.

Law is confident that many in Hong Kong will fight on despite the “bleak” situation, pointing to people already turning up to protests with blank signs so that they cannot be accused of sharing anti-China messages.

“The government is using the law to try to block people from thinking freely and having different opinions, but there is huge tenacity in the movement and resistance will still be there,” he said.

Lucifer Season 6: Has The Creator And Writers Hints New Details About The Final Season?

Woman appeals for help in 43-year-old Pennsylvania murder of girl, 6

Model, 25, considered changing her looks after ex left her ‘terrified’