The Reserve Bank of Australia is expecting house prices to surge by 30 per cent during the next three years because of record-low interest rates.

Despite the Covid recession, national house prices rose by 3.7 per cent in 2020, with values in regional areas soaring by 7.1 per cent, CoreLogic data showed.

Beach havens like Byron Bay and Noosa did even better, with property values surging by upwards of 16 per cent in one year.

Far from discouraging home buyers, the economic crisis coincided with price records being set in 39 of Australia’s 88 statistical regions as more people could work from home. 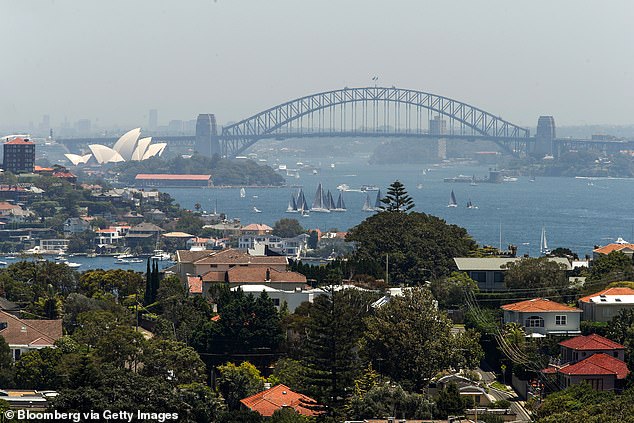 The Reserve Bank of Australia is expecting house prices to surge by 30 per cent during the next three years because of record-low interest rates of just 0.1 per cent. Pictured are Sydney eastern suburbs houses

The worst economic crisis since the 1930s Great Depression saw the RBA in November cut interest rates to a record-low of 0.1 per cent and three of Australia’s big four banks are offering standard variable rates of less than two per cent.

For that reason, the central bank is predicting a 30 per cent jump in house prices during the next three years, based on modelling showing the effects of a one percentage point cut to the cash rate.

‘Currently, much of the credit growth is coming from owner-occupiers,’ the RBA research said.

‘First-home buyer activity has increased strongly in recent months, a positive indication of access to housing for younger households.’

Between October 2019 and November 2020, the RBA cut interest rates by 0.9 percentage points, with the central bank now engaging in radical quantitative easing where it is buying government bonds to boost the economy.

In December, when interest rates were left on hold, RBA Governor Philip Lowe reiterated the cash rate would stay still for some time.

‘Given the outlook, the board is not expecting to increase the cash rate for at least three years,’ Dr Lowe said.

Australia’s unemployment rate surged from 5.1 per cent in February to a 22-year high of 7.5 per cent in July as a result of the Covid shutdowns and border closure. 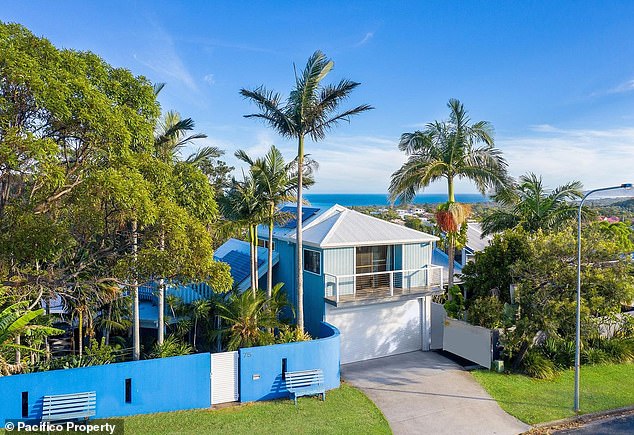 Regional areas by the coast are certainly in vogue with Byron Bay’s median house price last year surging by 16.1 per cent

The RBA has stated rates would not be increased until the jobless level was close to five per cent again and its economists are not expecting that to happen until at least 2023, going by the November statement on monetary policy. 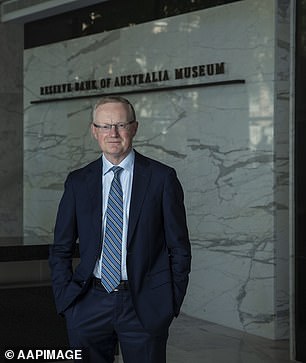 In December, when interest rates were left on hold, RBA Governor Philip Lowe reiterated the cash rate would stay on hold for three years

Regional areas by the coast are certainly in vogue with median house prices at Austinmer, in Wollongong’s north, last year surging by 14.9 per cent to $1.438million, based on a CoreLogic analysis of all houses in the suburb and not just ones that sold.

Byron Bay on the far north coast of New South Wales did even better with mid-point  house prices surging by 16.1 per cent to $1.9million.

Noosa, on Queensland’s upper Sunshine Coast, was also a hot spot, with Noosa Heads house prices rising by 17.3 per cent to $1.45million.

Apartment values in the area did phenomenally well too with Noosaville’s median price climbing by 16.7 per cent to $632,190.

In 2020 Sydney, Australia’s biggest property market, saw a four per cent annual increase in house prices, despite five consecutive months of decline from May to September with median values now at $1.015million. 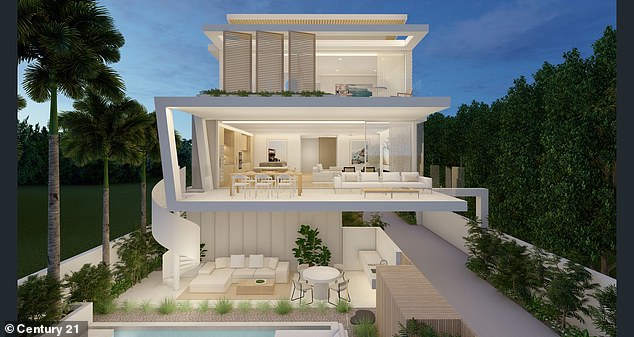 Noosa, on Queensland’s upper Sunshine Coast, was also a hot spot with apartment values at Noosavilla last year climbing by 16.7 per cent

Only Melbourne went backwards in 2020, with median house prices falling by two per cent to $799,980 as a result of Stage Four lockdowns from early August until late October, but values rose by 1.2 per cent in December following a 0.6 per cent rise in November.

The low-record interest rates are encouraging owner-owners, especially first-home buyers who in November made up 41.6 per cent of new borrowers.

Aussies targeted with COVID-19 scams in 2020

MAIL ON SUNDAY COMMENT: An ailing Duke – and a TV interview tinged with sadness and regret