Human rights activist is jailed for stealing £220,000 from Norwich cathedral where he volunteered

A human rights activist has been jailed for 27 months for stealing more than £220,000 from Norwich Roman Catholic Cathedral while volunteering as its treasurer.

Rene Mugenzi, 44, transferred cash from the bank account of St John the Baptist Cathedral into his own account to fund his gambling addiction.

Much of the money he stole was designated for Catholic charities and church work and had been donated by worshippers at the end of services.

Norwich Crown Court heard today how Mugenzi had full access to the Cathedral’s account and took the money between March 2016 and May 2018. 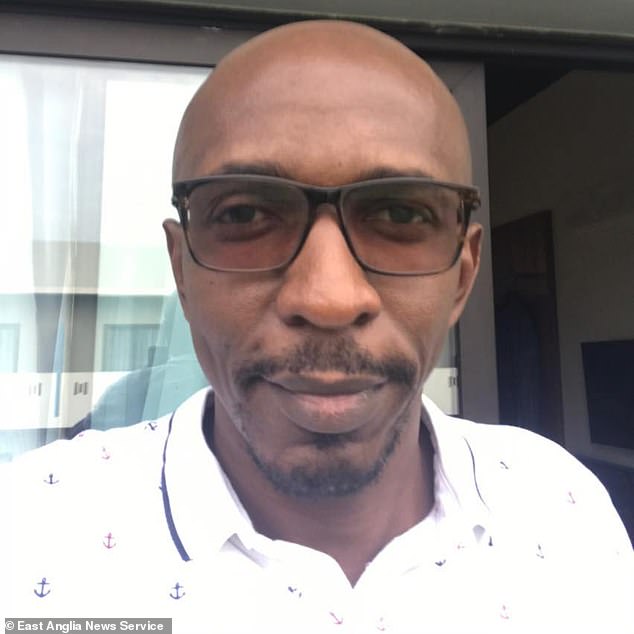 Rene Mugenzi, 44, who has been jailed for 27 months at Norwich Crown Court for stealing more than £220,000 from Norwich Roman Catholic Cathedral while acting as its voluntary treasurer

Prosecutor Chris Youell said there were no checks in place to stop him transferring small amounts at a time and he lost track of how much he had taken.

The fraud was discovered when the Cathedral reviewed its finances when it was struggling to pay bills.

The Cathedral was left unable to pay some bills due to the fraud, and had only received around a quarter of the missing money back from insurers.

Canon David Paul, the Cathedral’s Dean said it had also had a ‘very detrimental’ impact on his ability to trust people.

Mugenzi fled Rwanda when he was 18 in 1994 at the time of the African country’s genocide and moved to the UK three years later.

Mugenzi admitted the fraud in July when he appeared before Norwich magistrates, but the court barred reporting of the case after his lawyer warned his life was under threat. 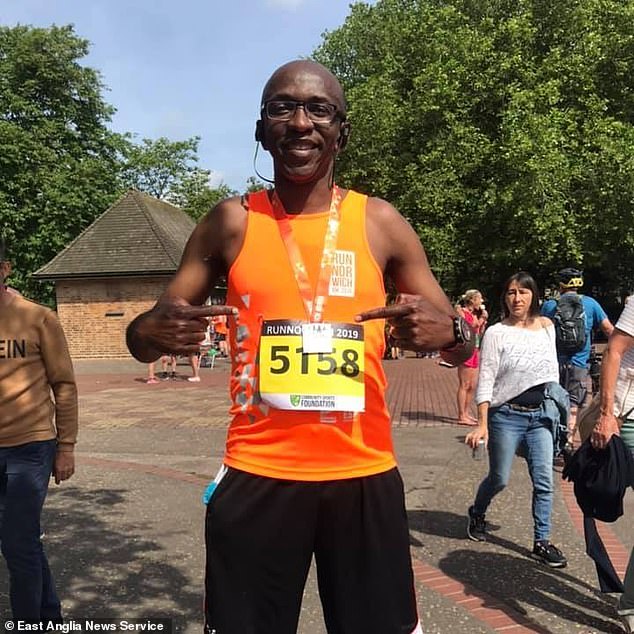 Mugenzi, pictured in an undated photograph, had full access to the church’s account and took the money between March 2016 and May 2018

The Eastern Daily Press successfully challenged the order at the sentencing hearing today, meaning the case now be reported for the first time.

Judge Katharine Moore said Mugenzi had ‘grossly abused’ trust placed in him and ruled that only a prison sentence could be justified.

She acknowledged he had pleaded guilty at the first opportunity and was a ‘highly intelligent man’ of ‘active good character’.

Andrew Oliver, defending Mugenzi, said he had repeatedly spoken out against human rights abuses of regimes, including the Rwandan government.

He believed he was under threat from the Rwandan government and this made him anxious and fearful and he had struggled to work, he said.

Mr Oliver said that Mugenzi had used gambling like a drug to deal with mental health issues, brought about by struggling to make ends meet.

He described the fraud as ‘amateurish’ and said Mugenzi had admitted it to police as soon as it was discovered in summer 2018.

The crime had a big impact on Mugenzi’s personal life and had harmed his relationship with his family, he added

Mr Oliver asked the judge to suspend Mugenzi’s sentence, meaning he would not go to prison.

Mugenzi was born in southern Russia to Rwandan parents, according to his Wikipedia page, which describes him as a ‘human rights activist, community organiser and politician’. 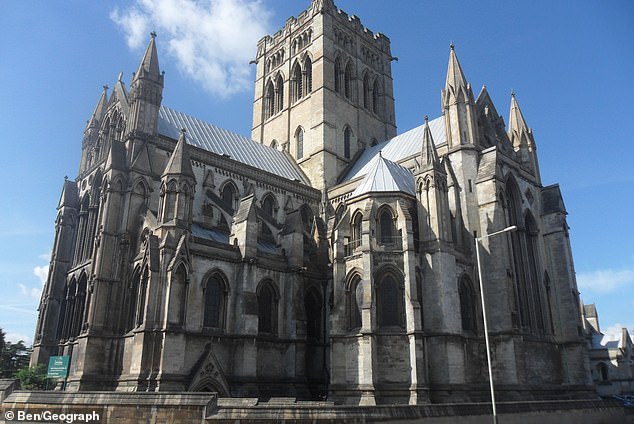 The Cathedral was left unable to pay some bills due to the fraud, and had only received around a quarter of the missing money back from insurers (Pictured: St John the Baptist Cathedral)

He left Russia ass a child and grew up in Rwanda before fleeing to the UK where he studied at King’s College, London, and working with Rwandan opposition groups.

In 2010 he stood in local elections in Greenwich for the Liberal Democrats.

Mugenzi continued to speak out against the Rwandan regime after threats were made against him and also worked to increase social mobility in London, according to his Wikipedia page.

He stood to become MP for Limehouse and Poplar for a group called the Red Flag Anti-Corruption Party, but came last with 89 votes.

His LinkedIn page lists his most recent job as being a ‘social innovation consultant’ in Cambridge.

Fury over redundancies made before Rishi Sunak’s furlough extension

Carjackers Hit Several Drivers On North Side Over Weekend