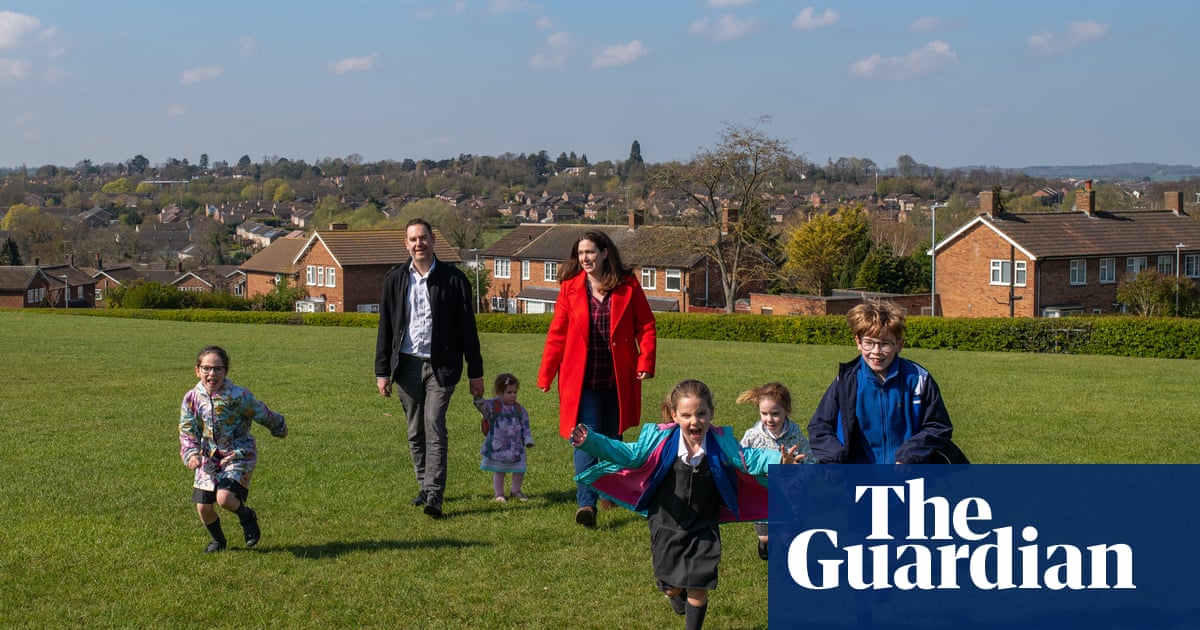 Eva Harratt, 13, would love to go to the park to meet her friends but it is forbidden because she lives in Oldham, the town in Greater Manchester facing restrictions due to a rise in Covid-19 cases. And yet, in five days, she is expected to return to her 1,370-pupil school and sit in classes of 30.

She likes school, misses her friends and wants to go back, but her mother is in the most vulnerable category because of an autoimmune disease. “Returning to school, I feel, is just not an option for me. They don’t appear to have given much thought to families with shielding members, or how that may affect them. Personally, I would prefer for things to go back to normal as soon as possible, but in the current situation, it is just not plausible for me,” says Eva.

Mary, her mother, who worked as a childminder before becoming ill 12 years ago, has written to the headteacher to explain the position, and hopes he will be sympathetic. However, Oldham council, the education authority, says that although schools will take “a nurturing approach” to understanding non-attendance, ultimately it will follow government guidance and fine parents who keep their children at home, except in the “most exceptional” circumstances.

“I’m going round and round in circles trying to decide what to do,” Mary says. “My son is 17 and he is due to start back at college but only for three hours a fortnight, the rest is online learning; so we have decided it is not worth the risk for him to actually go there,” she adds.

“I feel sorry and guilty about them. They have both been brilliant throughout and not complained once, I just wish I had a solution. I have explored many options, from me moving out to finding somewhere else for them to live, but as it would be for an indefinite period, it’s not really practical,” she says.

Surveys over the past week suggest many other families are facing similar dilemmas. Back to school this year is much more than a new uniform. A poll of 5,000 parents by the online agency childcare.co.uk found that 30% were not planning to send their children back to school. Of those, 91% said they would continue with home schooling for the foreseeable future, or until an effective vaccine is found.

Netmums found one in five parents still unsure, with 88% of those saying they would be prepared to risk a fine to keep their children safe, and more than a third that they had lost trust in the government over the exam grading debacle and confusion over school reopening. Then the charity Barnardo’s reported its survey, claiming that hundreds of thousands of children could refuse to return to school while those who did would need significant emotional support.

Large families will be particularly vulnerable, says Kay Tart, who has four children already attending a primary school in Hitchin, Hertfordshire, and her youngest due to join the nursery next week.

“I have mixed feelings. On one hand I desperately want my children to have a proper and full education and not the poor substitute that I provided for them during the school closures, despite my best efforts, but on the other hand I really don’t trust the government to have my children’s best interests at the forefront of their decision-making around reopening schools,” Tart says.

“I am very worried about the risk of allowing them to return. With five children at the same school our family completely destroys the bubble concept that so many schools are adopting and relying on to reassure parents. Our children will be mixing with up to 150 other families and sharing that risk with them and with their teachers and support staff. My mother lives with us, this also means additional unnecessary risk for her,” she says.

“I believe that the decision to hurriedly return children to school is driven by economic reasons and not educational or health ones. Saying parents must send their children back to school or face being fined is disgraceful and I feel exceptionally uneasy. This is a decision parents in the UK have never had to face and I think the government does them a great disservice by treating it so lightly. It is with real trepidation that I plan to allow our children to return next week, but I will remove them again at the slightest hint of a second wave or local spike. Nothing is more important than their safety and the safety of our society’s most vulnerable, and I wouldn’t hesitate to act to protect them. Fine or not,” she adds.

Debra Kidd, a former teacher, is also considering keeping her son at home, at least until students can wear masks all the time. “We were told in a letter from the school earlier this week that children wearing masks on public transport should put them away when they reach the premises. Now the government has said that children can wear masks, the school has changed to say they should wear them in corridors but not in lessons, which worries me.”

The headteacher’s letter says the reason for not allowing children to wear masks in classrooms is “to reduce the chances of transmission due to inadvertent misuse and to ensure that they are able to fully engage with their learning”.

Kidd believes the prime minister should tell schools that students should wear masks in lessons to protect the adults.

“My son is 13 and I am pretty certain that if he caught the virus he would be fine, but I think we have a responsibility towards everyone in the wider community,” says Kidd, who also lives in Oldham.

The Department for Education has reintroduced penalties for non-attendance, suspended during the national lockdown, though Gavin Williamson, the education secretary, has said they should be used as a “last resort”. Headteachers decide whether to authorise absences, and if they are unauthorised for a period – usually of between five and 10 days – local authorities enforce the fines. The Local Government Association, representing councils, says decisions on when to issue fines should be made locally taking circumstances into account.

Parents should speak to schools about their concerns before making any decision, says Geoff Barton, general secretary of the Association of School and College Leaders (ASCL). “The government has advised schools that they must record attendance and follow up absence, and that sanctions are available, including the use of fixed-penalty notices. We are disappointed that the government put this in its guidance and we feel that it should have said that there would be a period of grace in order to build confidence,” he says.

However, the buck has been passed to schools, Barton adds: “The last thing that schools and local authorities will want to do is use fixed-penalty notices, and headteachers will be sympathetic in these extreme circumstances. But it is imperative that parents talk to their school in order to allay concerns and get their children back into the classroom.”

While the government dithers over whether children should or should not wear masks, Caroline Barlow, the head of Heathfield community college, East Sussex, is leaving it to personal choice.

“We’ve taken many precautions, such as making sure all the desks face forwards and providing visors for students when they will be facing each other, such as in design and technology, and put up plastic screens where they will be face-to-face with a member of staff,” she says. “We’ve got a one-way system in our wide corridors, students will keep to the same year groups and teachers will stay in their rooms with students coming to them,” she adds.

“We are doing everything we can think of to keep everyone safe but both staff and students are absolutely at liberty to wear a visor or a mask if they want to,” she says. “We are strongly recommending that students wear masks between lessons but not insisting on it unless the government guidance changes again. What we want to do is remove anxiety and instil students with as much optimism as possible so the more reassuring, confident and optimistic parents feel they can be for their children, the better placed we will be,” she says.

Can Aubameyang maintain his superb goalscoring record for Arsenal in 2020/21?

From Amazon to Alibaba: Here are Citi’s top U.S. and China tech picks for 2021

Student Protests, Past and Present

Denver tattooist gets Bernie Sanders meme inked onto his arm

James Cracknell, 48, is ENGAGED to girlfriend of 17 months Jordan Connell, 35