Indian TV journalist who lost her life to scammers

A popular Indian news anchor has revealed how she fell victim to an elaborate online phishing attack disguised as a dream job offer from Harvard University.

Nidhi Razdan, 43, who is a household name in India, resigned from national broadcaster NDTV in June 2020 after 21 years, believing she was about to take up a lecturing post at the Harvard Extension School.

She had received several emails from people who she believed to be members of staff, accepted a job offer on official Harvard letterhead and had even taken part in a ‘thorough’ virtual interview.

However Razdan later discovered it was a sophisticated ploy to trick her into providing acccess to personal information including her bank details, passport and medical records. 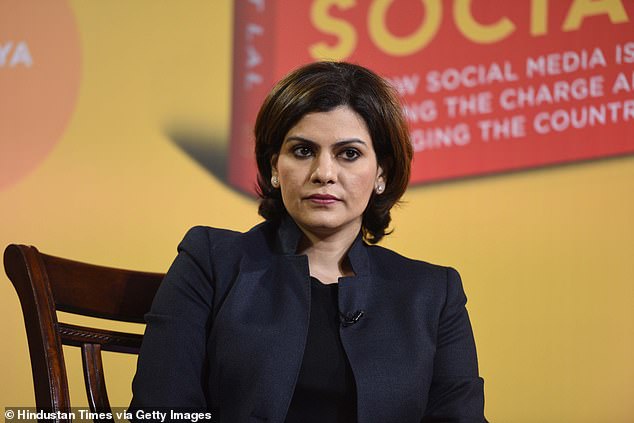 Targeted: Nidhi Razdan, 43, has revealed how she fell victim to an elaborate online phishing attack disguised as a dream job offer from Harvard University

Writing in a blog post on the NDTV website this week, Razdan told how the scam started in the autumn of 2019 when she received an email inviting her to speak at an event at the Harvard Kennedy School in early 2020.

Someone posing as an event organiser contacted Razdan separately to inform her that there was a teaching position available and asked if she would be interested in applying.

‘I submitted my CV, thinking I had nothing to lose by trying,’ she continued. ‘I never really expected anything to come of it. A few weeks later I was “interviewed” online for 90 minutes. It all seemed legitimate, the questions were thorough and professional.’

Razdan has drawn criticism online from some who have pointed out Harvard does not offer a journalism degree programme. The experienced news journalist believed she was to teach students of the Harvard Extension School which offers a Master of Liberal Arts in Extension Studies, field: Journalism.

‘The Extension School lists 500 faculty of whom 17 are categorised as journalism faculty,’ she wrote. ‘A number of these people are working journalists. I believed I fit this profile.’

Over the coming weeks she received emails from Harvard email addresses that appeared genuine, including an offer letter featuring forged signatures of senior Harvard University officials who genuinely hold those positions. 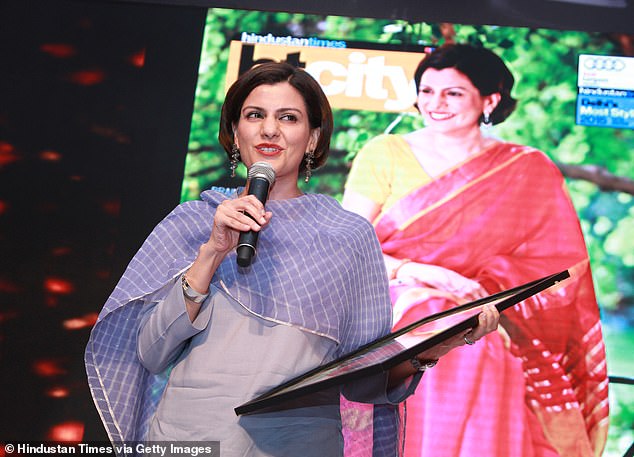 Duped: Writing in a blog post on the NDTV website this week, Razdan told how the scam started in the autumn of 2019 when she received an email inviting her to speak at an event at the Harvard Kennedy School in early 2020. Pictured, Razdan at an event in 2015

Emails were also sent to former employers asking for references.

Under the guise of seeking a work visa, the scammers asked for reams of personal information.

There were a number of delays in the process but Razdan attributed these to the disruption experienced worldwide due to the Covid-19 pandemic.

First a faculty orientation event in March 2020 was cancelled then the start date for online classes was pushed back from September 2020 to October 2020 and again to January 2021.

I keep kicking myself for being such an idiot. With the benefit of hindsight, could I have done more due diligence? Absolutely, yes

However there were also signs that the process was ongoing. The scammers sent Razdan fake class schedules, detailing subjects she would be teaching, along with a breakdown of her class.

The journalist started to realise something was wrong in September 2020 when the first installment of her monthly salary never arrived. Yet again there was an excuse: there had been a delay in bank transfer and an IT issue somehow related to Covid.

In December 2020, more than a year after Razdan was first invited to speak at Harvard, she emailed the head of HR at Harvard but never received a response.

This month she wrote to the office of the Dean of the Graduate School at Arts and Sciences and received a reply informing her there was no record of a job appointment.

Razdan has now passed on her details to the police. She did not reveal if any money had been taken.

The journalist has faced criticism on social media from users who questioned how she could have accepted a job without thorough research.

In response Razdann said: ‘I keep kicking myself for being such an idiot. With the benefit of hindsight, could I have done more due diligence? Absolutely, yes.

‘But these scams succeed because they look so real. What these scamsters put together was good enough for me to throw away a 21-year career in TV.’

CPI inflation rate plunges to just 0.2% amid Eat Out scheme

China has given away millions in its digital yuan trials. This is how it works

Liverpool have ‘a lot of players feeling sorry for themselves’, says Jamie Redknapp