James Maddison’s enlightening interview after Leicester’s victory over Chelsea on Tuesday will be used by clubs to educate young players on how to come across well.

The chat with the 24-year-old midfielder was widely praised, just days after Maddison had given another refreshingly open interview in which he discussed his socially-distanced celebration against Southampton and ambitions of an England call-up.

While some clubs prefer players to steer clear of any controversy, others encourage theirs to show more personality. 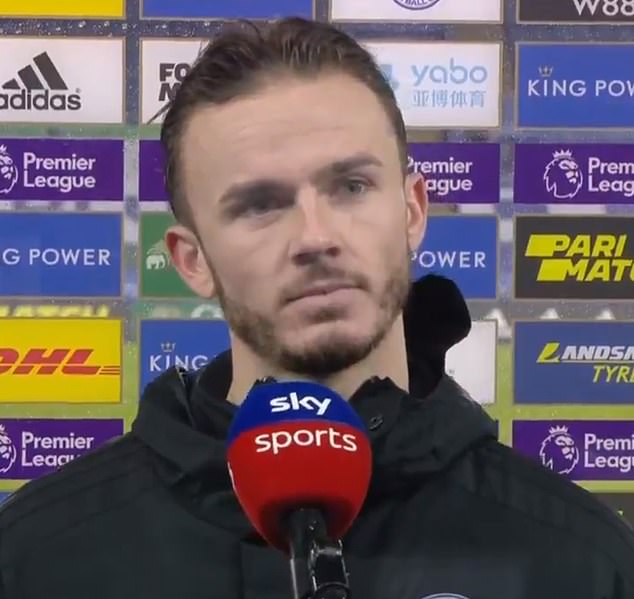 ¿¿ “We looked at Chelsea and we knew they switch off sometimes from set pieces.”
¿¿ “@Carra23 said he needs to get his numbers up if he wants to be a top player.”

James Maddison speaks to Sky Sports about Leicester’s win that sends them top of the Premier League. pic.twitter.com/yYjV31xHX5

Manchester City are among those who have invited experts to talk to their academy stars.

Sportsmail spoke to others on Wednesday who stage internal media sessions to educate players. Interviews are played and analysed, with Maddison’s now set to be used as an example.

Matt Curtis, a broadcast coach who is also a producer for BT Sport and CBS, said: ‘Maddison’s interviews in the last few days have been a breath of fresh air and a shining example that it’s OK to be honest and open. 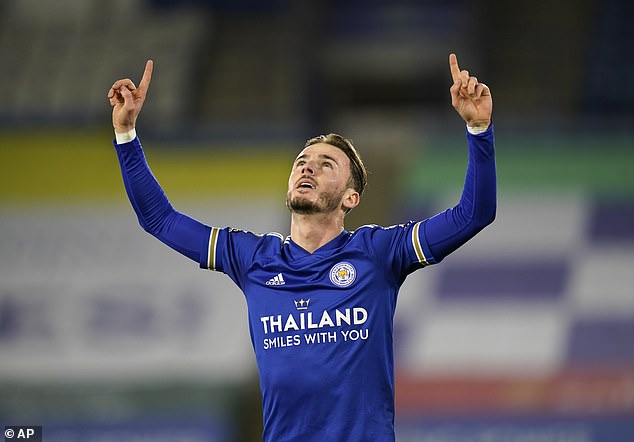 ‘Arsenal’s Emile Smith Rowe also came across as genuine and warm in his interview on Monday Night Football.

‘When I worked with City’s Under 18s on this topic, Vincent Kompany was used as a benchmark. I don’t know if other clubs dictate to their players to be non-committal, but I doubt it. Most press officers I know would love their players to give entertaining interviews.’

Wayne Rooney the player would occasionally speak in cliches at Manchester United. Rooney is now more mature and a manager, and Curtis adds: ‘He’s giving interesting interviews at Derby, yet it could be argued he’s under more pressure now than as a star player for United.’

‘It’s my favourite album of the year’ – Music, gaming and life in lockdown with Antoine Griezmann