Liverpool fell to their fifth straight defeat at Anfield in an incredible lapse of form after Chelsea beat them 1-0 on Thursday night.

After being clear of Manchester City at Christmas, Jurgen Klopp’s side are now in seventh and 22 points adrift of the league leaders.

Jamie Carragher tried to explain exactly where it’s gone wrong for Liverpool on Sky Sports after the game, and says they are a side severely lacking in confidence. 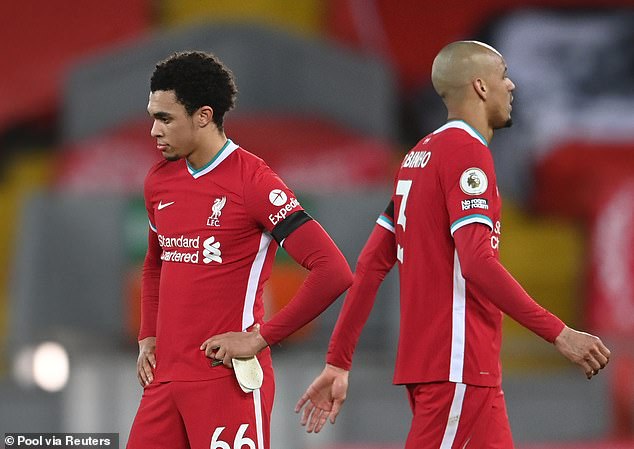 ‘It’s not a shock right now because of the form they’ve been in,’ said Redknapp. ‘One shot on target. A lot of players feeling sorry for themselves.

‘Liverpool last year were a pressing machine, they would outwork every team, and now teams are doing that to them.’

When it comes to getting back on form and making the top four, Carragher says Liverpool ‘have an uphill battle.’ 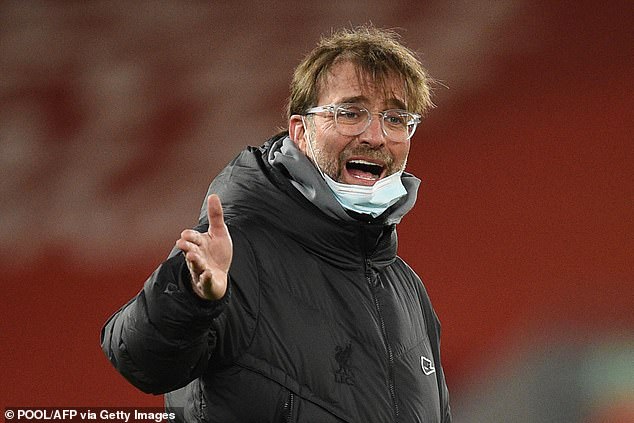 ‘You’ve got a back four all over the place. Somehow they’ve got to find a way of battling through this difficult time. It’s unprecedented, with injuries, no crowd, but you’ve got to get your head down and work as hard as possible.’

Mason Mount got the winner for Chelsea in the first half, picking up a through ball and then taking the ball around a returning Fabinho to curl the ball into the far corner.

‘I don’t look at this Liverpool side and think “oh they’re big heads now they’ve won the title.” But they’ve lost that belief, that confidence. It gets misconstrued as you’re tireed or not quite at it. 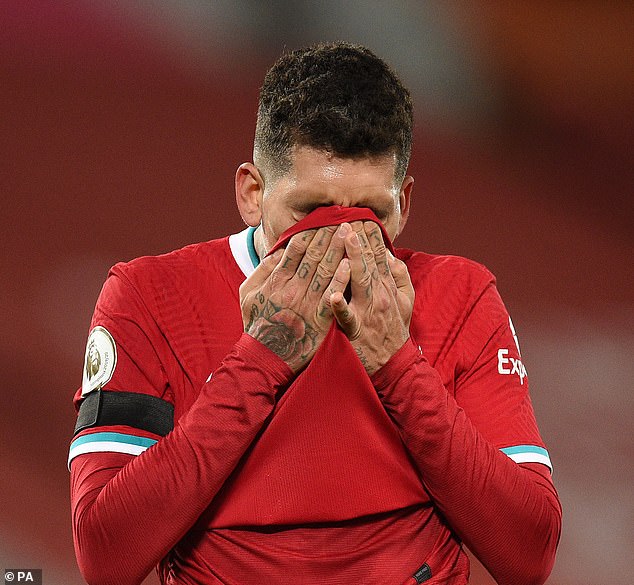 ‘They’re decimated by injuries, but they’ve got to find some form.’

Liverpool started the game with their 15th different defensive partnership of the season, after their backline has been ravaged by injury problems.

They are now four points behind Chelsea who are currently in fourth, and the two team above them, Everton and West Ham, each have a game in hand.

Boris Johnson’s failure to fix the social care system is a ‘stain on our nation’, expert says

Germany Covid: Under-60s given AstraZeneca will have different second dose