Even die-hard Dan-fans such as me know when to admit defeat. For the most handsome man in the world is, was and perhaps ever more shall be the young Sean Connery in his pomp as James Bond.

In 1962, when the then 32-year-old actor first climbed aboard 007’s cap-toe Oxfords and into a midnight-blue dinner jacket to play the super spy, he set the beauty bar very, very high.

Quite literally. At 6ft 2in Connery was the tallest Bond, perhaps even the perfect, onscreen distillation of tall, dark and handsome.

He had a beautiful face, with strong features that were perfectly symmetrical. His powerful physique bore testament to his previous employment as a bodybuilder and while he was athletic he was rarely, unlike later Bonds, called upon to do anything too taxing. 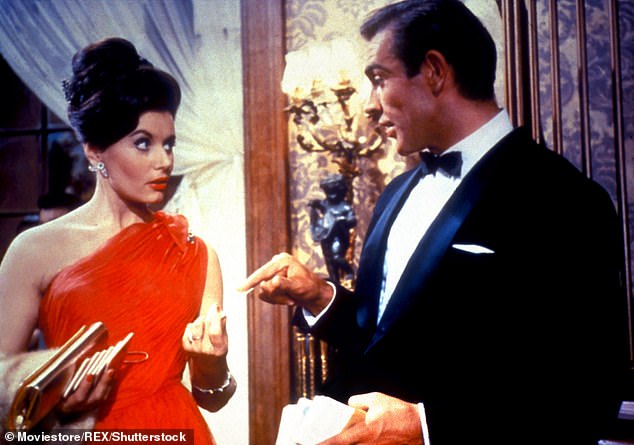 Yes, there was a great deal of grunting and hand-to-hand combat, like the epic tussle with a Spectre agent on a train in From Russia With Love. Yet most of the time he just stood there being gorgeous, waiting for a woman in a black negligee to bring him another cocktail.

‘That’s a nice little nothing you’re almost wearing. I approve,’ he said to Jill St John in Diamonds Are Forever, when she did exactly that.

In those days, big screen heroes like Bond had to be virile and macho above all, with nerves of steel, muscles of teak and hearts of stone.

Connery somehow had to portray his Bond as an ornately masculine rascal capable of both cold-blooded killing and hot-blooded loving, sometimes even in the same scene. 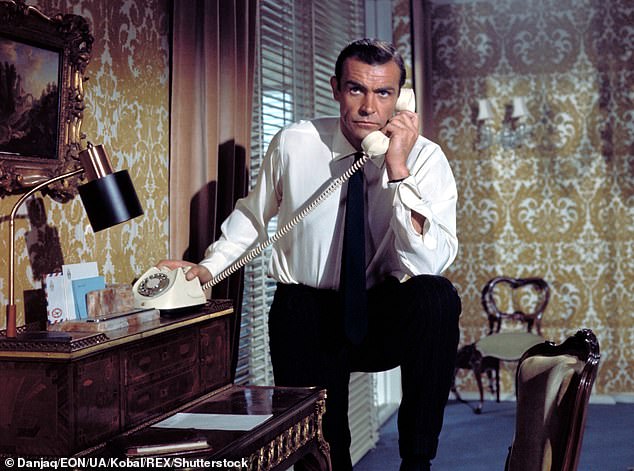 For the most handsome man in the world is, was and perhaps ever more shall be the young Sean Connery (pictured in From Russia with Love) in his pomp as James Bond

The fact that he managed all this while oozing enough charm to (almost) smooch forbidding SMERSH agent Rosa Klebb bears testament to his skills.

In doing all this, debonair in a Turnbull & Asser shirt and Savile Row suit, he helped to define an era and a style.

Who could forget the casino scene in Dr. No, Connery’s very first Bond film, when a character called Sylvia Trench asks his name.

‘Bond, James Bond,’ he replies, while simultaneously flipping open a gold lighter, sparking up an unfiltered cigarette, then continuing to talk as it dangles from his lips. And so the legend began.

For a Scot like me, it is still a thrill that Connery, a working-class boy from Edinburgh, went on to become a copper-bottomed, absolutely genuine, all-star Hollywood legend. 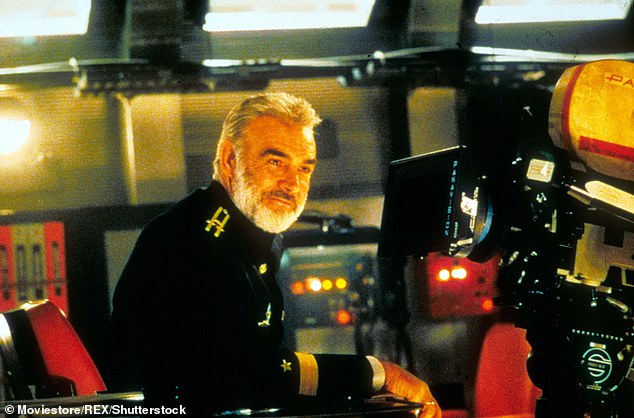 In 1962, when the then 32-year-old actor (pictured in The Hunt for Red October) first climbed aboard 007’s cap-toe Oxfords and into a midnight-blue dinner jacket to play the super spy, he set the beauty bar very, very high

Before him, in the top tier of international Scottish thespianism, there was only Glasgow-born Deborah Kerr. After Sir Sean, there has been no one who has quite reached his level of Oscar-winning blockbuster fame.

Not to the same degree. Not to the same depth. In his post-Bond years he went on to establish himself as an actor of serious repute, alongside his peers such as Michael Caine and Anthony Hopkins.

He was terrific in many films, but I will always love him for giving 007 a Scottish hinterland and a quiet but unmistakable Scottish brogue, bubbling away like a peaty burn under the gentleman spy’s every elegant word.

He had, as has often been repeated in these past few days, an impoverished start in life.

Yet he went from delivering milk on the cold streets of the Scottish capital to winning weight-lifting competitions, to trials for third division Scottish football clubs to James Bond. 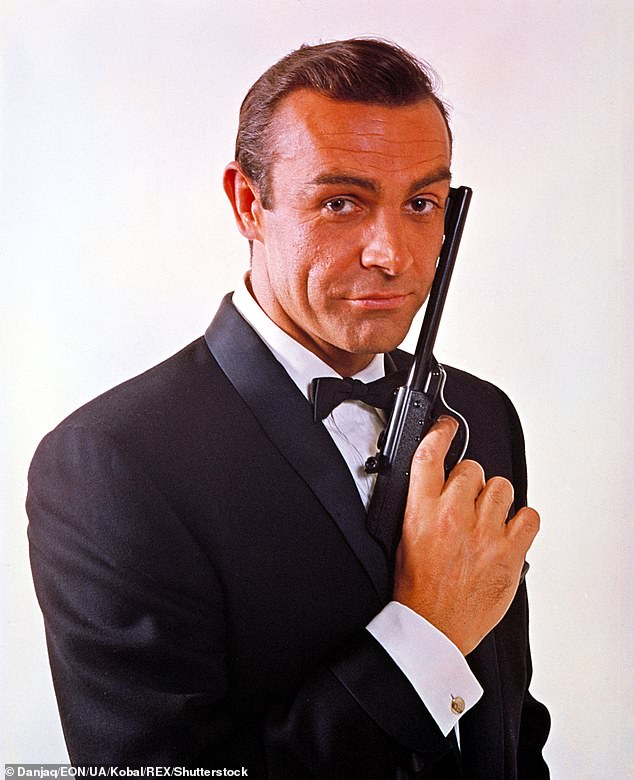 Before him (pictured as James Bond in From Russia with Love), in the top tier of international Scottish thespianism, there was only Glasgow-born Deborah Kerr

His was an incredible journey. ‘He had a milk round you could see from outer space,’ said Scottish writer Neil Forsyth this week, in joking reference to the fact that so many Edinburgers now claim that Connery once delivered their milk.

He could be a difficult man, insisting upon auditing the books of almost all his films and suing anyone he believed had taken advantage of him.

The psychology of this is not hard to understand, for when you grow up with nothing, absolutely everything matters.

Connery took up swimming as a boy because with few facilities at home it was one way ‘to get clean’.

Even when he was older, wiser, famous and far, far richer, he still enjoyed the luxury and thrill of a hot bath.

Connery was nearly 60 when America’s People magazine named him the Sexiest Man Alive and he found it all a bit of an embarrassment, to be honest. He wanted to put all that nonsense behind him.

‘My strength as an actor, I think, is that I’ve stayed close to the core of myself,’ he once said, and I believe there is a lot of merit in that.

He didn’t much like being a pin-up, but pin him up we did.

It reminds me of another clip from Dr. No, the famous scene when an appreciative Bond spots a bikini-clad Ursula Andress emerging from the surf.

‘What are you doing here, looking for shells?’ she asks him.

Same here. And it never gets boring.

Biden Plans an Order to Strengthen Cyberdefenses. Will It Be Enough?