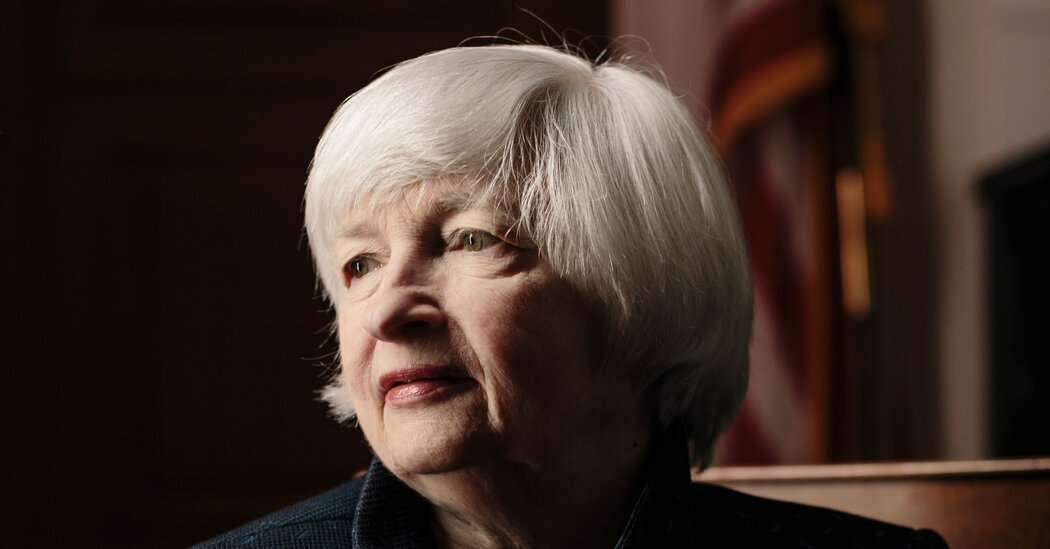 WASHINGTON — Janet L. Yellen became an economist at a time when few women entered the profession and fewer still rose in a male-dominated environment. She is now poised to become the first female Treasury secretary and one of few people to ever have wielded economic power from the White House, the Federal Reserve and the president’s cabinet.

Her expected nomination would come as rebuilding a U.S. economy battered by the coronavirus pandemic and saddled with high unemployment presents a central challenge for President-elect Joseph R. Biden Jr.’s administration.

While Ms. Yellen is not the type of firebrand nominee some progressives might have hoped for — she has warned that the United States is borrowing too much money, a fact that some liberals count against her — she has paid consistent, careful attention to inequality and labor market outcomes, even when doing so earned her backlash from lawmakers.

As the chair of the Federal Reserve from 2014 to 2018, Ms. Yellen also oversaw an extremely slow set of interest rate increases as she and her colleagues tested whether unemployment could fall further without leading to higher prices. Her patience drew criticism from inflation-wary economists at the time, but the policies laid the groundwork for a strong labor market and a record-long expansion that drove unemployment to its lowest rate in 50 years before the pandemic turned the world upside down.

Senator Elizabeth Warren of Massachusetts, one of the most prominent progressive Democrats in Congress, wrote on Twitter that Ms. Yellen “would be an outstanding choice for Treasury Secretary.”

But she faces a steep challenge: As Treasury secretary, Ms. Yellen will be at the forefront of navigating the economic fallout created by a pandemic that continues to inflict damage. While growth is recovering from earlier coronavirus-related lockdowns, infections are climbing and local governments are restricting activity again, most likely slowing that rebound.

Ms. Yellen has been a clear champion of continued government support for workers and businesses, publicly warning that a lack of aid to state and local governments could slow recovery, much as it did in the aftermath of the Great Recession, when Ms. Yellen was leading the Fed.

“While the pandemic is still seriously affecting the economy, we need to continue extraordinary fiscal support,” she said in a Bloomberg Television interview in October. She called fiscal support early in the crisis “extremely impressive” but noted that key provisions had lapsed.

Unlike the independent Fed, Ms. Yellen as Treasury secretary would find herself in a much more political role — one that is likely to require negotiating with a Republican-controlled Senate. With Mr. Biden expected to push for additional economic aid, Ms. Yellen would be central to brokering a stimulus deal in a politically divided Congress that has so far failed to agree on another round of aid.

Ms. Yellen declined to comment on her expected nomination, which was reported earlier by The Wall Street Journal.

She would be the first woman to hold a job that has been dominated by white men — like Alexander Hamilton — throughout its 231-year history and would have held the government’s top three economic jobs, including leading the White House Council of Economic Advisers during the Clinton administration.

A former academic who taught at the University of California, Berkeley, Ms. Yellen was also the president of the Federal Reserve Bank of San Francisco, a Fed governor and the Fed vice chair before becoming the central bank’s first female chair.

Ms. Yellen said she wanted to be reappointed when her term as Fed chair ended in 2018, but President Trump, eager to install his own pick, decided against renominating her.

By replacing Ms. Yellen, Mr. Trump broke with precedent. The previous three Fed chairs had been reappointed by presidents of the opposite political party.

Instead, Mr. Trump chose Jerome H. Powell, the Fed’s current chair, with whom Ms. Yellen could soon be working closely as Treasury secretary. The two still talk, and Ms. Yellen has consistently praised Mr. Powell’s performance at the Fed, suggesting they would have a good relationship.

Born in Brooklyn in 1946, Ms. Yellen was raised in Bay Ridge, a middle-class neighborhood across the waterfront from Staten Island. Her mother was a teacher who stayed home to raise Ms. Yellen and her brother. Her father was a family doctor. She was both valedictorian and editor of the newspaper at her high school.

She attended Brown University and went on to receive a doctorate from Yale. In an interview in 2013 with Simon Bowmaker, an economics professor at New York University, Ms. Yellen explained her rationale for becoming an economist, saying she had always liked the rigor of math but economics offered something more.

“I care about people,” she said. “I discovered that economics was of enormous relevance to our lives and had the potential to make the world a better place.”

She met her husband, George A. Akerlof, an economist who is now a Nobel laureate, while working in a research position at the Fed in 1977.

Ms. Yellen has spent her post-Fed years at the Brookings Institution, occupying an office close to Ben S. Bernanke, who preceded her as Fed chair, and other former Fed officials. They call their corridor the “F.O.M.C., Former Open Market Committee,” a play on the central bank’s rate-setting Federal Open Market Committee.

Ms. Yellen is a Keynesian economist, which means she believes markets have imperfections and sometimes need to be rerouted or kick-started by government intervention.

As Fed chair, she gave important speeches — including one at the storied annual conference in Jackson Hole, Wyo. — advocating continued watchfulness and wariness when it came to financial overhauls instituted after the 2008 crisis. She has struck a concerned tone about regulatory rollbacks under the Trump administration.

“It is certainly appropriate to simplify regulations that impose unnecessary burdens, particularly on small community banks,” she said in 2019. “But I’m greatly concerned that the regulatory work needed to address financial stability risk has stalled. There have been some worrisome reversals.”

She is relatively moderate on many topics, including trade. Mr. Akerlof recalled in a biographical note in 2001 that when he met her: “Not only did our personalities mesh perfectly, but we have also always been in all but perfect agreement about macroeconomics. Our lone disagreement is that she is a bit more supportive of free trade than I.”

That, along with Ms. Yellen’s experience working with Mr. Powell, could help facilitate the kind of close relationship needed between the Fed and Treasury, which are collaborating on a variety of crisis response programs.

Henry M. Paulson Jr., who served as Treasury secretary under President George W. Bush, praised the selection. He said Ms. Yellen “will have a tough job ahead of her, but she has the experience, talent, credibility and relationships with members of Congress on both sides of the aisle to make a real difference.”

While the other leading contenders for the job also had extensive experience that spanned fiscal and monetary policy, Ms. Yellen was seen as well placed to make it through Senate confirmation, even if Republicans maintain control of the chamber.

Lael Brainard, another top candidate for the role, is the only remaining Fed governor from the Democratic Party on the seven-member board, which currently has two open slots. She might have been difficult to replace at the Fed: Nominees have been hard to confirm over the past decade, and the Senate may remain under Republican control.

While leading the Fed, Ms. Yellen at times had a testy relationship with congressional Republicans. In one instance, Representative Mick Mulvaney, then a South Carolina Republican, said Ms. Yellen was overstepping her boundaries by talking about inequality.

“You’re sticking your nose in places that you have no business to be,” Mr. Mulvaney said at a hearing in 2015.

But in many ways, those conflicts underline how much Washington has changed over the past five years. Fed officials now regularly talk about inequality, entirely unchallenged. The central bank has formalized policies much like Ms. Yellen’s patient approach to interest rate-setting as its official stance, which it explicitly hopes will foster more inclusive growth.

“It seems like a pretty subtle shift to most normal human beings,” Ms. Yellen said of that move. But “most of the Fed’s history has revolved around keeping inflation under control. This really does reflect a decisive recognition that we’re in a very different environment.”

Would you go under the surgeon’s knife WIDE AWAKE if it cut your waiting time for an operation?

As Virus Spreads, States Face a Truth: ‘We Cannot Test Our Way Out of This’

Why Stacey Abrams Is Confident Georgia Will Stay Blue