Former NRL star Jarryd Hayne left a group of his footy mates watching the 2018 NRL grand final for one plain, obvious reason – to have sex with a woman he had never met, a court has been told.

The Crown says the reason Mr Hayne went there was for sex, ‘pure and simple’, prosecutor Brian Costello told a Newcastle District Court jury on Wednesday, in his closing address at Hayne’s rape trial.

Mr Costello said the former Parramatta Eels player believed he had been promised sex after exchanging flirty messages on social media with the woman. 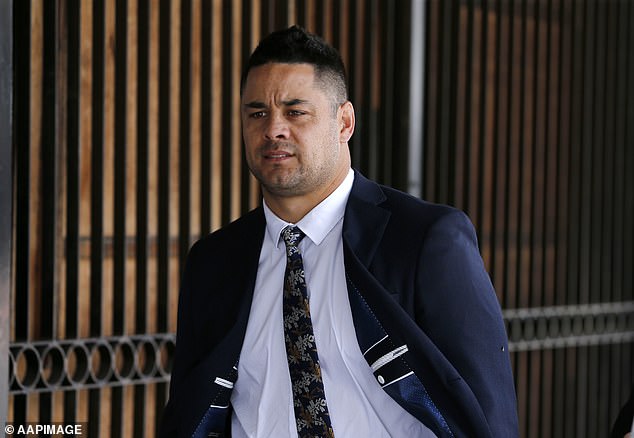 Mr Costello said Hayne had left a bucks party full of his drinking mates, missing out on watching the second half of the grand final because he wanted sex.

The prosecutor said the woman’s version of events of what happened that night ‘painted a vivid picture of sexual assault’.

He said she had been angry with Hayne for having a taxi waiting for him outside and told him she was not going to have sex with him.

Mr Costello said Hayne ignored her and had been rough, forceful and inconsiderate when he attacked her, injuring her quite significantly.

The prosecutor said Hayne must have realised there was a risk the woman was not consenting or he had entirely closed his mind to what was happening.

He said once Hayne, who claimed he must have accidentally cut the woman’s vagina with his finger when giving her oral sex, had injured the woman he couldn’t get out of the house quickly enough. 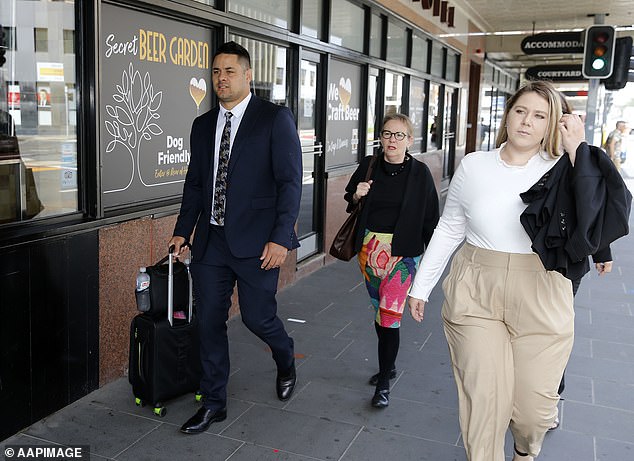 ‘The accused’s state of mind when this all happened was a guilty one,’ Mr Costello said.

He said the complainant had been a frank and honest witness who ‘just tells it like it is’.

Mr Costello said the woman had never had ‘a clamouring desire on her part to leap straight into bed with the accused’.

He said she had actually been hoping for more than a fleeting sexual encounter with Hayne and admitted in her evidence she must have been living in ‘fairyland’ at the time.

Hayne had paid a taxi driver $550 to take him home to Sydney after a two-day bucks party for rugby league player Kevin Naiqama in Newcastle when he decided to pop in to the woman’s nearby home at about 9pm on September 30, 2018 – the night of the NRL grand final. 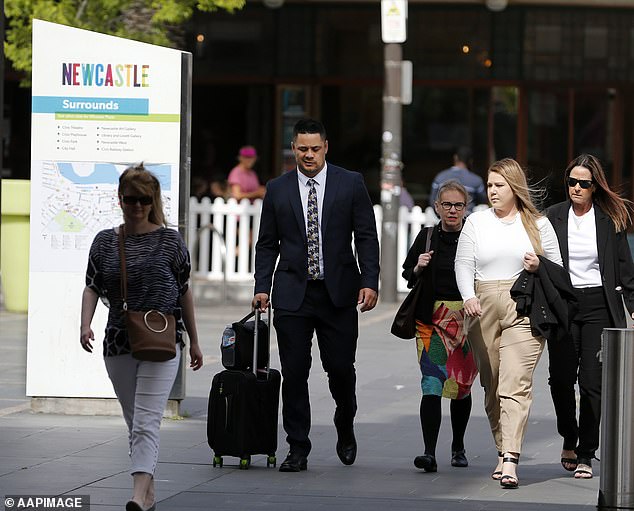 Hayne left a group of his footy mates watching the 2018 NRL grand final for one plain, obvious reason – to have sex with a woman he had never met, a court has been told.

Hayne claimed the woman never said ‘no’ or ‘stop’ during the sexual activity and had taken off her pants.

He denied the woman was retreating up the bed trying to get away from him. 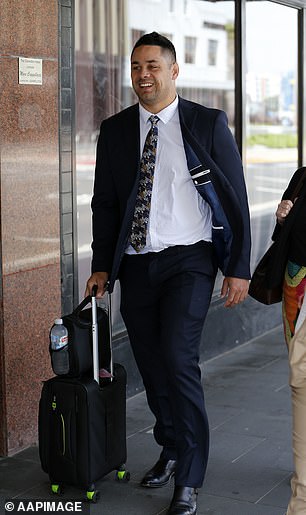 Pictured: Hayne is seen outside court on Wednesday

Mr Costello told the jury on Wednesday the majority of the blood on the bed was found up near the bed head among the pillows.

The woman, now aged 28, told the jury during her evidence Hayne was drunk and tried to kiss and touch he. But when she said ‘no’ he pushed her head into the pillow, pulled her pants off and attacked her, ignoring her pleas to stop.

She said Hayne stopped when there was blood everywhere, including on his hands and face.

The woman later sent text messages to a girlfriend saying she thought Hayne had bitten her vagina and she felt violated after telling Hayne ‘no’ and ‘stop’.

Eth2 withdrawals are coming sooner than you think

When someone you love is dying, your sadness is infectious. In lockdown, this grief is shared | Nova Weetman