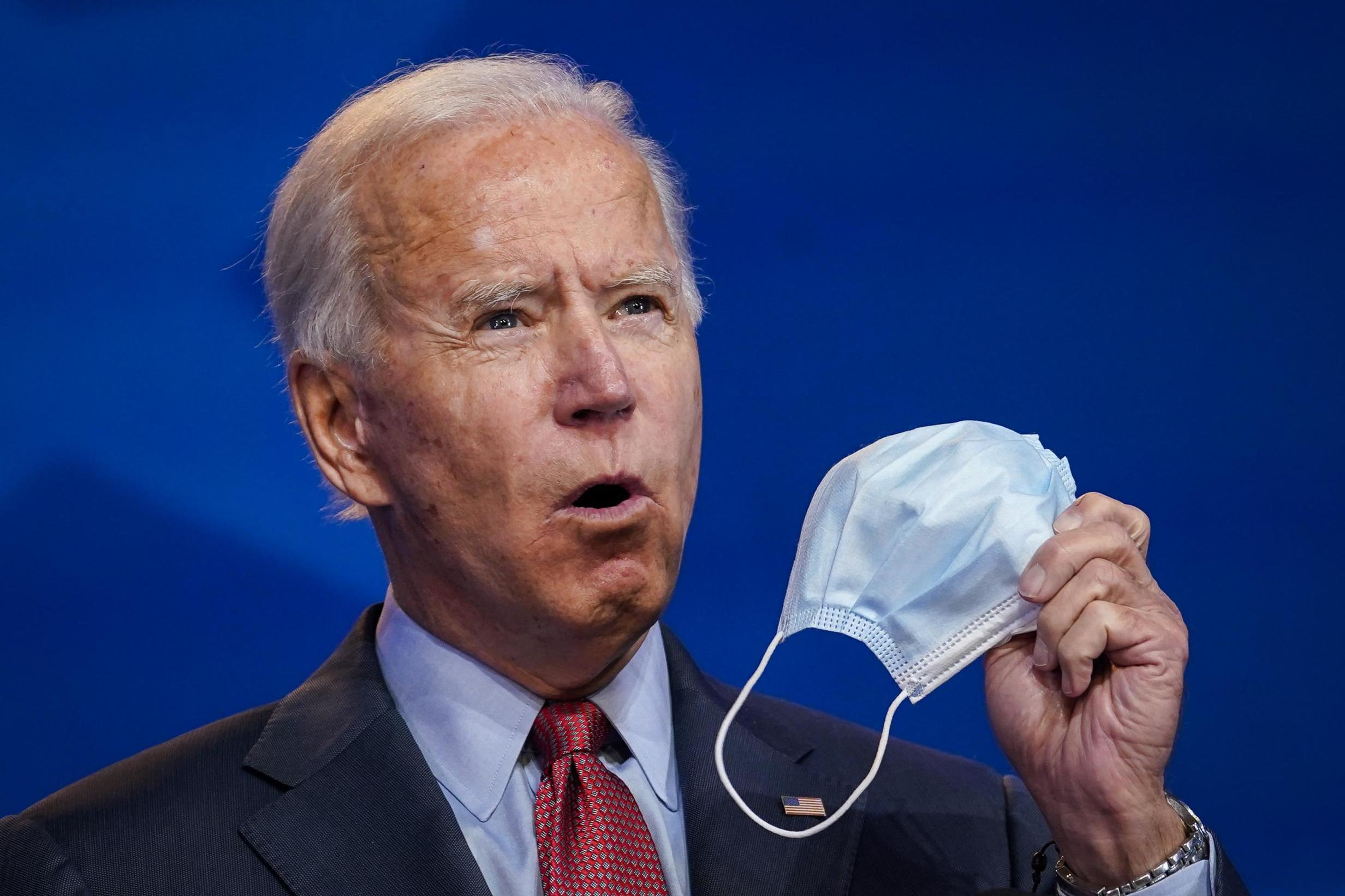 Joe Biden has vowed not to campaign on the “false promises” of having the power to end the coronavirus pandemic by “flipping a switch”.

The Democratic candidate called President Donald Trump‘s handling of Covid an “insult” to its victims, especially as cases rise dramatically around the US.

“Even if I win, it’s going to take a lot of hard work to end this pandemic,” Mr Biden said during a speech in Wilmington, Delaware.

“I do promise this: We will start on day one doing the right things.”

Mr Trump, meanwhile, was holding two rallies in Arizona, including one just across the Colorado River from Nevada that he hoped to use to appeal to voters in that state.

A Trump Nevada rally in September attracted thousands and led to the airport that hosted it being fined more than 5,500 dollars for violating pandemic crowd restrictions.

Rather than curb the crowds, Mr Trump is simply shifting his event to nearby Bullhead City, Arizona.

Wednesday’s rally crowd looked to be mostly from Arizona, though there were attendees from Nevada.

With less than a week until election day, Mr Trump is trailing Mr Biden in most national polls.

Mr Biden also has an advantage, though narrower, in the key swing states that could decide the election.

He voted early in Wilmington on Wednesday and also received a virtual briefing from health experts.

One, Dr David Kessler, director of the Centre for Science in the Public Interest, warned, “We are in the midst of the third wave, and I don’t think anyone can tell you how high this is going to get.”

Mr Trump was nonetheless defiant, declaring, “We will vanquish the virus and emerge stronger than ever before.”

Cases are rising in all but two states, Hawaii and Delaware, and deaths are climbing in 39, with an average of 805 people dying in the US per day, up from 714 two weeks ago.

Overall, about 227,000 Americans have now been killed by the virus.

But he promised that economic growth figures for the summer quarter, due on Thursday, would be strong.

He declared during the rally in Bullhead City: “This election is a choice between a Trump super-recovery and a Biden depression.”

As Trump spoke, an Air Force fighter thundered nearby and released a flare to get the attention of a non-responsive private aircraft that was flying in the restricted airspace.

Olivia Munn Is All About These Top-Rated Rothy’s Sneakers

Why Does Illinois’ Unemployment System Keep Failing So Many People? A Quest For Answers Continues