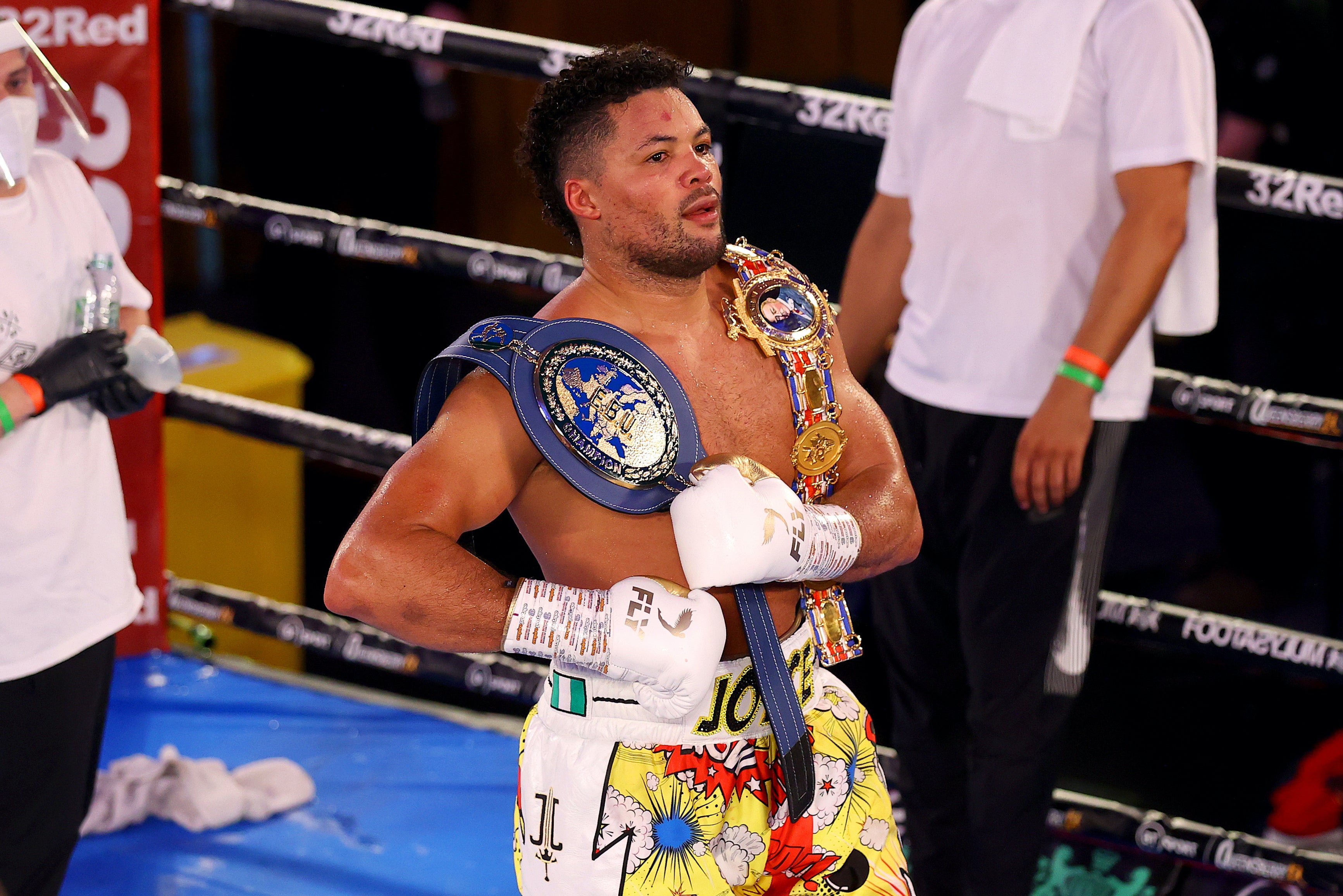 Joyce produced a composed display, working his jab to good effect, to stop the previously unbeaten 23-year-old in the tenth round and take his professional record to 12-0, 11 of those wins coming by knockout.

At 35, Joyce is in no mood to waste time as he bids for a world title shot, telling BT Sport: “I’m ready for Usyk.”

Many pundits had expected the power of Dubois to prove too much for Joyce, but major swelling to the left eye – exploited by Joyce’s relentless accuracy – eventually saw the youngster call it quits in the tenth round, taking a knee and the count.

“I’ve taken some big shots before,” Joyce added. “Daniel has got some power but I’ve felt power like that before. With my experience I’ve learnt to ride them. I felt his power but I was happy to take, but also not to take it.

“I started looking at the eye and it was starting to swell up. I was trying not to get too close but also not get backed up on the ropes.”

Dubois was criticised for the manner in which the fight ended, with former boxer David Haye claiming he would rather have been “knocked spark out”, while Carl Frampton said Dubois had “quit”.

The now-former British and Commonwealth champion was taken to hospital for further assessment of the injury after the fight, having told BT Sport: “He caught me with a good jab – I couldn’t see out of the eye. It just happens.

“I couldn’t see out of it – I was trying my best. I’ve been hit harder, but it was where I was positioned and he hit me on the eye.”

Hairstylist, 22, who is dating a sports gambler 34 YEARS her senior boasts they have ‘great sex’