Juventus are interested in a move for Barcelona winger Ousmane Dembele and are hoping to snap him up on a free transfer next summer, according to reports.

The Frenchman, 23, has largely failed to deliver on his potential since arriving at the Nou Camp in 2017 but his performances have certainly improved under Ronald Koeman this season.

Dembele, who joined from Borussia Dortmund in a £96million deal, has scored 10 goals and contributed four assists in 37 appearances to help Barcelona in their quest to win LaLiga. 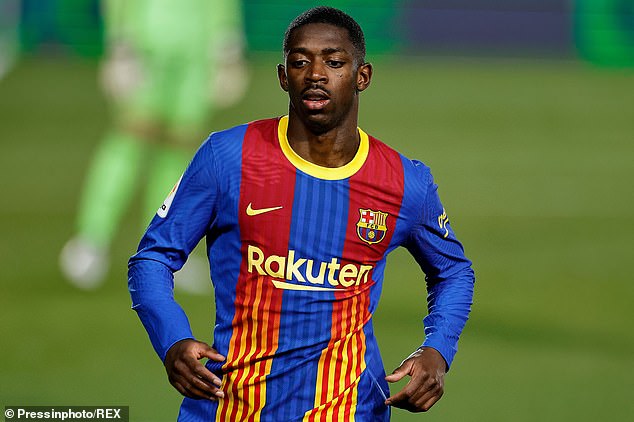 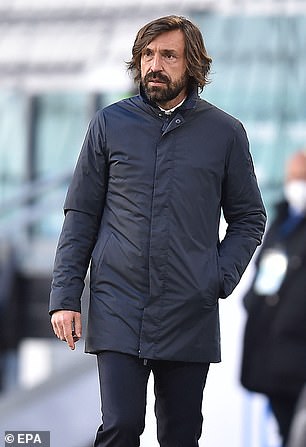 The Italian giants, currently managed by Andrea Pirlo, have a reputation for poaching top talent when their contracts expire

He has suffered awful luck with injuries at the Nou Camp, including a four-month hamstring injury that he suffered on his full league debut for the club.

There have also been questions previously raised over his professionalism and diet, including concerns over the amount of video games he plays, his timekeeping and the amount of fast food he eats.

And, according to Italian outlet CalcioMercato, Juventus are keen on bringing the Frenchman to Turin on a free transfer if he lets his deal with Barcelona expire next year.

It is claimed Dembele was a Juventus target last summer but the financial impact of the Covid-19 pandemic ended any chance of a move.

The Italian giants have enjoyed plenty of success in recruiting players on free transfers in recent seasons, with Aaron Ramsey, Adrien Rabiot and Dani Alves among some of those to cost them no transfer fee.

It comes after Dembele revealed earlier this week that formal contract talks with Barcelona have not yet started.

The winger told beIN SPORTS: ‘My future? I still have a year of contract left. There hasn’t been a discussion with the club yet, I’m happy, and I feel good.

‘Then there is the new president who has arrived and whom I do not know too well, but he is very close to the players. We’ll see how it goes. ‘I always kept a smile, even after an injury. I told myself this is life. There are trials in life, you have to overcome them. Healthy living is just people talking. The injuries aren’t because of that. You don’t stay at Barca for four years with a poor lifestyle.

‘I feel good since my return. Yes, it’s true that I stand up more to opponents. Clement [Lenglet] teases me by the way, telling me that I have to throw more punches!’

The Frenchman played 81 minutes in El Clasico against Real Madrid last weekend but saw his side lose 2-1.

Goals from Karim Benzema and Toni Kroos handed Zinedine Zidane’s side victory as they held on after Oscar Mingueza pulled one back for Barcelona.

Koeman’s side are next in action against Athletic Bilbao in the Copa del Rey final on Saturday night.

Chicago Weather: Slight Cool Down Ahead