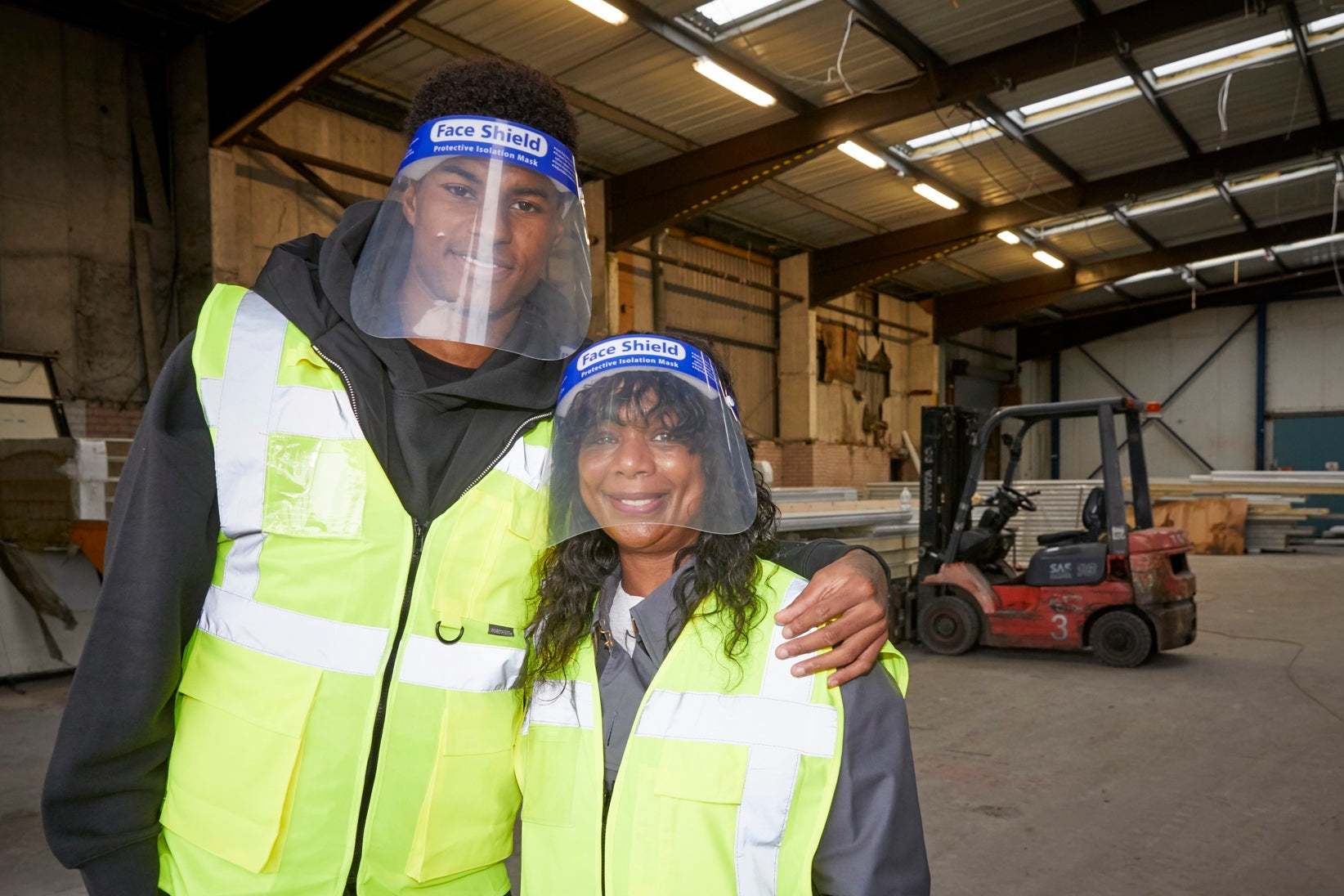 The Conservative council in charge of London’s wealthiest borough has thrown its support behind Marcus Rashford‘s free school meals campaign after MPs in Parliament rejected the measure.

Amid a grassroots rebellion over the Government’s refusal to back the scheme, Kensington and Chelsea joined town halls up and down the country by pledging to fund meals for eligible pupils over the October half term.

“No kid should go hungry,” the council tweeted. “We’re supporting @MarcusRashford and providing pupils in the borough with free school meals over the half term.

“Almost 3,300 youngsters will receive £15 vouchers to cover the cost of meals.”

The tweeted ended with the hashtag #ENDCHILDFOODPOVERTY.

At least 21 town halls in London have now committed to provide some kind of funding for free school meals over the half term holiday, including the Tory-run Wandsworth and Hillindon boroughs.

Cllr Josh Rendall, lead member for family and children’s services, said: “We are a listening council and will do our best to help those who need it.

“Children who normally receive free school meals will be provided with a voucher for the October half-term. This is not a long-term solution, but this is an exceptional year and we know it has been a tough one for many families.

“Since the very start of the pandemic, we have worked tirelessly to support our residents across our borough who have been placed under additional pressure because of Covid.”

The council said it was paying for the scheme with money from the Government grant of £63 million given to local authorities to help vulnerable people during the coronavirus pandemic.

Havering Council, another Conservative-run local authority, also announced on Friday that it would be providing free school meals support during half-term.

Each child in receipt of free school meals in the east London borough will from next week, be able to apply for £15 per week to support them while their school is closed.

Havering Council leader, cllr Damian White, said: “This has been a massive debate nationally and I know it has created division around the country.

“The most important thing here is that we support those most in need during the Covid crisis. We need to ensure they do not miss out on meals while schools are closed, which is even more important now we are in Tier 2 and on high alert. This goes beyond politics. We have taken this decision with only one agenda – to ensure children do not go hungry over half term.

“This is why I instructed officers to find a way of ensuring those who qualify for free school meals continue to get the support they need during half term.

“This is around 7,000 children from the borough and they will receive £15 per week to pay for food. We will also do the same over Christmas if needed.”

Cllr White added that like Kensington and Chelsea, the provisions are being made from additional financial support that the Government made available to local authorities.

Councils in Hackney, Greenwich, Liverpool, Southwark, Manchester and Birmingham are among the rising number of local authorities to support the campaign.

This week MPs voted down a motion backing Marcus Rashford’s bid for free school meals to be extended over the holidays.

The Manchester United striker was recently awarded an MBE for campaigning efforts that prompted a Government U-turn on the subject of school meals.

After the enormous response to his latest campaign, he tweeted: “Blown away by news of local businesses stepping up to fill the voucher scheme deficit during the October half term. Selflessness, kindness, togetherness, this is the England I know.

“Add #ENDCHILDFOODPOVERTY to your tweets so I can track them. I will share as many as I can.”

A Downing Street spokesman said: “We are committed to making sure that the most vulnerable in our society are protected and we’ve put in place a strong package of support to ensure children and their families do not go hungry during this pandemic.

“As we’ve set out, we are in a different position now – with schools back open to all and the vast majority of pupils back in school.

“So while schools continue to play an integral role in the community it is not for schools to regularly provide food to pupils during school holidays.”

Beyond Comfortable! This Floral Dress Is Made of Soft, Stretchy Jersey

41 Pools?! Inside the Lavish Resort Where ‘The Bachelorette’ Is Filming Season 16