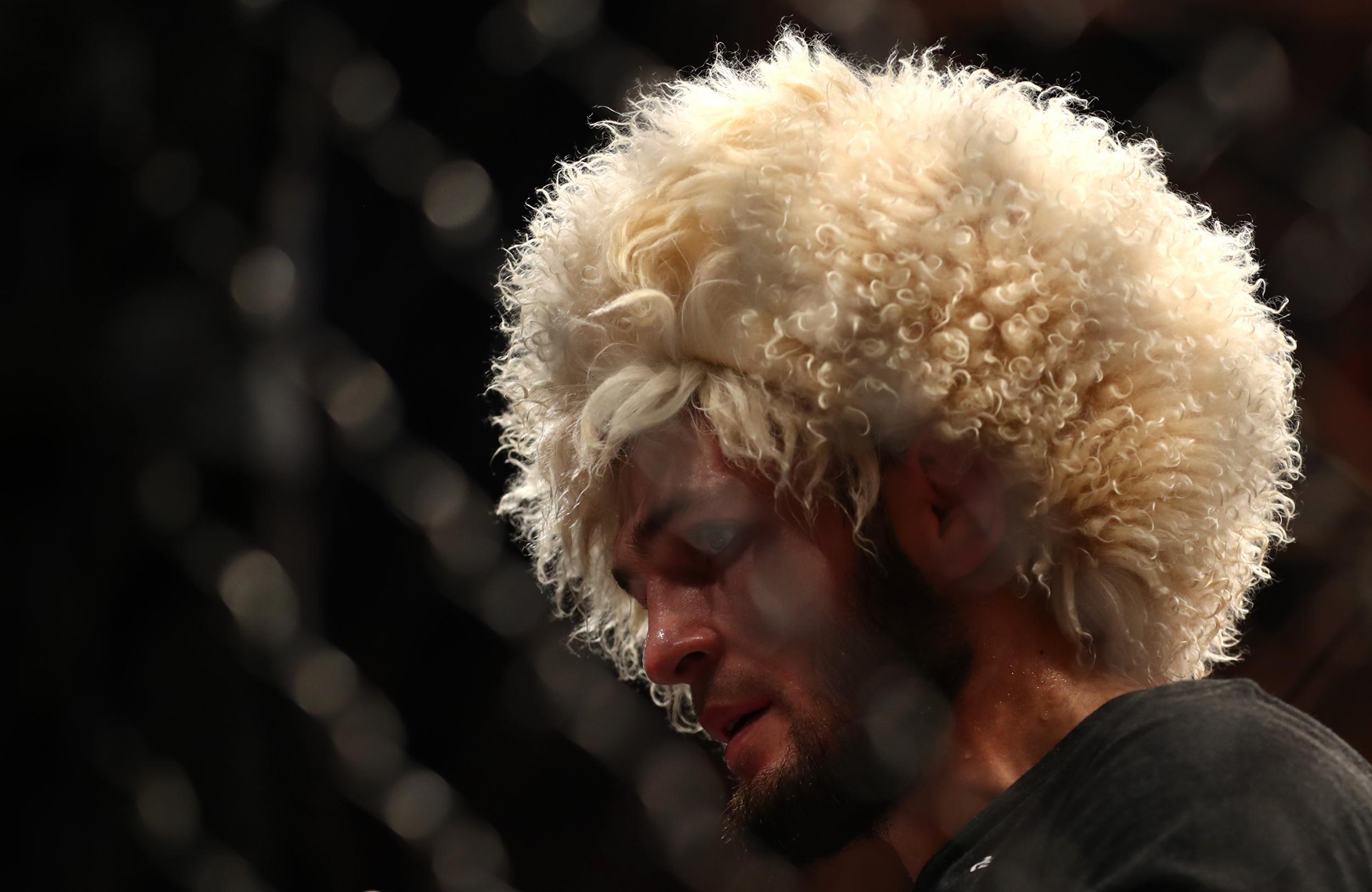 Khabib Nurmagomedov has announced his shock retirement from UFC after a brutal victory over Justin Gaethje in Abu Dhabi on Saturday night.

Khabib choked his rival unconscious in the second round to successfully defend his UFC lightweight title at UFC 254 on Fight Island.

Nurmagomedov (29-0) made the announcement immediately after he impressively finished his first fight since the death of his father and lifelong coach in July. Abdulmanap Nurmagomedov had a heart problem exacerbated by COVID-19, and his son was overcome by tears in the cage moments after choking Gaethje unconscious 1:34 into the second round of his third UFC title defense.

“This is my last fight,” Nurmagomedov said. “There’s no way I’m going to be back without my father. I spoke to my mother. She don’t know how I fight without father, but I promised it’s going to be my last fight, and if I give my word, I have to follow it.”

The 32-year-old Nurmagomedov was active with strikes and with grappling against Gaethje (22-3), the dangerous brawler who had knocked out four consecutive elite opponents while winning the UFC’s interim lightweight title.

After spending the first round largely trading punches and kicks with the aggressive Gaethje, Nurmagomedov used his unparalleled wrestling skills to take down Gaethje early in the second round and then worked into position for the finishing choke.

Gaethje appeared to tap out at least twice before the referee noticed and stopped the bout, by which time Gaethje was unconscious. He bounced up quickly and shared a moment of mutual respect with the dominant Russian champion.

“I know he was in a bad spot, but whether he was or not, he did what he needed to do,” Gaethje said. “I know his father is so proud.”