Welcome to the 9news.com.au coverage of Queensland 2020 – the first state election in Australia since the COVID-19 pandemic began.

We have just two hours until the polling booths close but don’t expect a result until much later – and maybe not even tonight depending on how close it gets.

Premier Annastacia Palaszczuk (pictured visitng the Aspley electorate in Brisbane’s north where she met local candidate Bart Mellish) is hoping to become the state’s longest-serving Labor premier since WWII and has held the job since 2015. 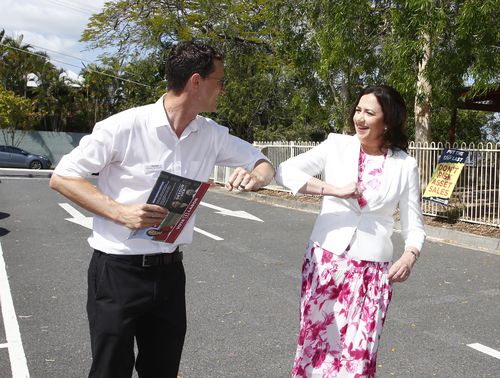 Deb Frecklington is the first female leader of the LNP and is hoping to lead the party to what would be its second election win since 1989.

To claim victory, each party needs to win 47 seats.

The LNP will need to take nine seats from Labor and the crossbench if it wants to form a majority government.

US breaks single-day coronavirus cases record for a second consecutive day with 88,520 infections