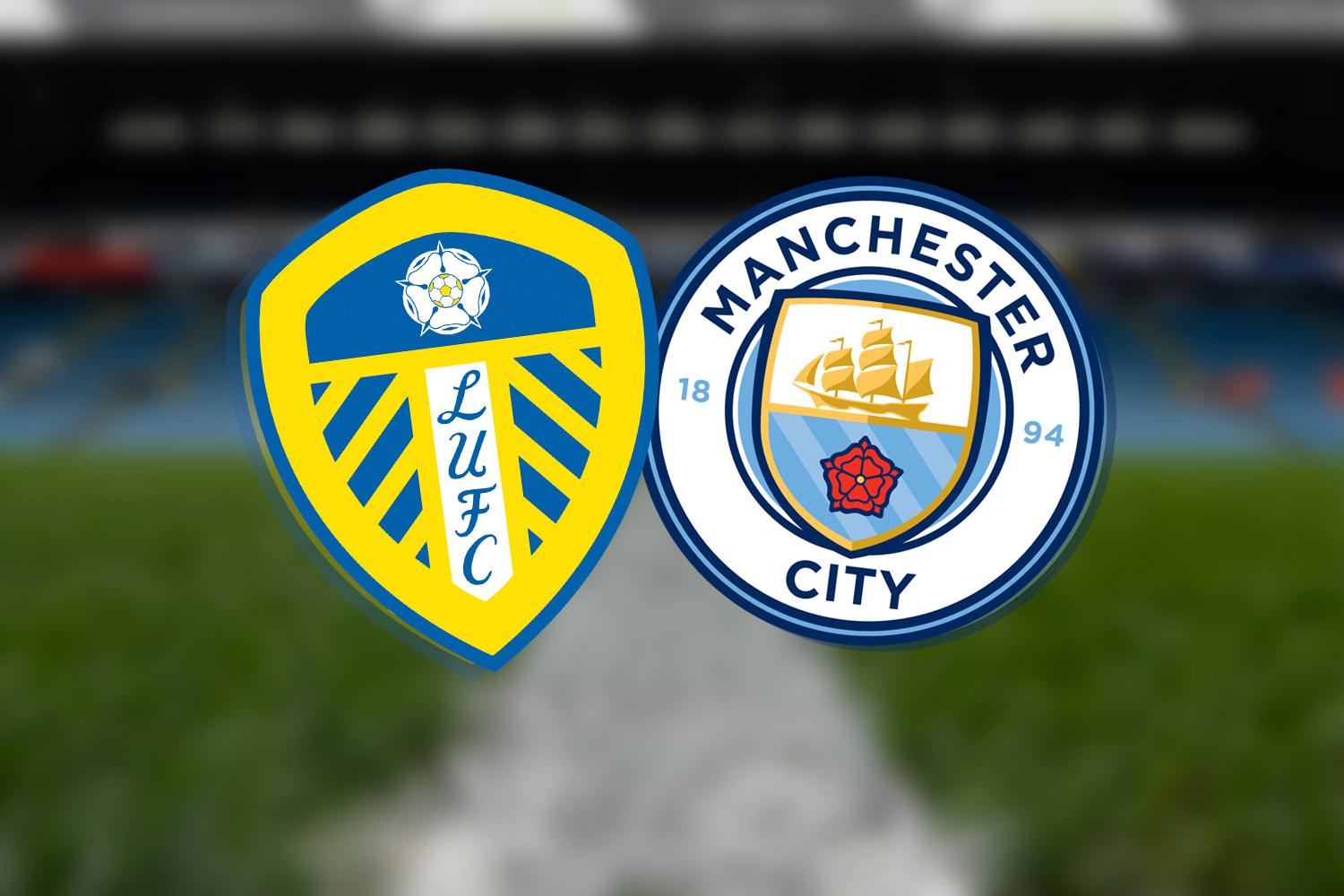 City will look to get back on track against the Premier League new boys in a tricky trip to Elland Road this evening.

After claiming an impressive win against Wolves at Molineux in their season opener, City succumbed to a humiliating 5-2 defeat at home to Leicester last weekend. Another loss could leave them nine points off Liverpool by Sunday evening.

Leeds, on the other hand, are sitting pretty in seventh having won two games from three, their only defeat coming away at Liverpool on the opening day.

This time the winger sets up Foden, but the youngster can’t find the target.

City’s relentless pursuit for a goal finally yields one and it’s Sterling at his best, cutting in from the left and beating two defenders before slotting into the far corner.

How will Leeds react?

2020-10-03T16:47:33.023Z
15 mins: Sterling shows some silky footwork to get past Ayling and his cutback finds Torres, but it’s another tremendous block – this time from Dallas – to deny the Spaniard a first Premier League goal.

The gaps in that Leeds midfield are being exploited by City.

What a chance for Leeds.

They have had precious little so far and have had to wait patiently for a mistake from City. Laporte’s pass goes loose and it’s crossed in by Costa.

Walker is caught ball-watching and Alioski makes a clean contact with the header but sends it over.

12 mins: Bamford goes into the book after catching Laporte with a stray arm.

It wasn’t an elbow, nor did it look like serious foul play, and VAR decides the yellow card is the right course of action.

Meslier has had a nervy start to this match, playing a sloppy pass out to Philips and De Bruyne is onto it in a flash.

He goes for goal but takes one touch too many, and Koch makes a fine block.

As we saw in midweek, when Man City are firing very few teams can stop them. Let’s see if that’s the case today.

So unlucky for De Bruyne!

We will never tire of watching this man play football. Even from a dead-ball situation, the Belgian spots a big gap left by Meslier, whips it over the wall from 30 yards out and smacks the ball against the post.

A close shave for the Leeds stopper there.

The England international, playing as the central striker today, exchanges a one-two with De Bruyne and curls just wide from 20 yards.

1 min: Straight away, Man City pile on the pressure with a well-worked, one-touch move and Walker’s strike from range is deflected for a corner.

The players take a knee in the fight against racism and we’re underway at Elland Road!

That will make for some tricky conditions for the players, but a slick surface will at least ensure the ball stays grounded.


Ruben Dias inclusion
“As soon as possible he starts, the better he will be. But he will adapt. Eric [Garcia] had some niggles and John [Stones] the hamstring, out for 10 days, so we didn’t have much more options. I think he has a good personality, a good header and moves well. He’s a good signing for us and thanks to the club. He’s only 23 years old, so he has time to improve.”

Marcelo Bielsa
“It will be intense from Marcelo, but it will not be one-for-one, they have an idea. You see there a lot of work. Four times I play against his teams and it’s always so difficult. But that’s the Premier League, we know they will play with a different approach.”

But can they get the job done on a rainy Saturday night at Elland Road? The players have been doing whatever they can to stay warm.

According to Opta, Manchester City have lost just one of their last 31 Premier League games against promoted sides (W25 D5).

Their solitary defeat came against Norwich last year – and Leeds will be hoping to join that exclusive club this evening as they build on an encouraging start to life in the top flight.

Pep Guardiola has always admired Marcelo Bielsa for his outlook on football and quirky coaching methods. Now, for the first time since 2012, the pair go head-to-head in the dugout.

Bielsa has rightly won the plaudits for transforming Leeds into a well-oiled machine that play fast and efficient football. As for City, you would struggle to find a team that is better in attacking positions than Guardiola’s men.

But does that mean we’re guaranteed goals? Or will it be a tactical checkmate with both coaches eager not to let the other get the better of one another? Either way, it should be a fascinating encounter for the neutrals.

Manchester City have handed new signing Ruben Dias a debut as one of three changes made by Pep Guardiola. Dias, who arrived this week from Benfica, started in place of Fernandinho in central defence.

Goakeeper Ederson replaced Zack Steffen and Phil Foden was back in the starting XI in place of Cole Palmer.

Ezgjan Alioski was handed his first Premier League start of the season for Leeds. Alioski replaced on-loan winger Jack Harrison, who was ineligible to face his parent club, in the only change to the side which started in last week’s win at Sheffield United.

Spain defender Diego Llorente was included in the squad for the first time and club record signing Rodrigo started on the bench.

Manchester City could hand a debut to new £62million centre-back Ruben Dias, who joined the club from Benfica this week.

Strikers Sergio Aguero and Gabriel Jesus remain sidelined while defenders Joao Cancelo and Oleksandr Zinchenko are also out and John Stones is a doubt.

Midfielder Ilkay Gundogan is back in training after his positive Covid-19 test but the German will not be involved this weekend.

Leeds will be without on-loan winger Jack Harrison as they host Manchester City on Saturday.

Harrison is ineligible to face his parent club so Ezgjan Alioski could make his first Premier League start in his absence.

Recent signing Diego Llorente is likely to be included in the squad but midfielder Pablo Hernandez (groin) is still unavailable and midfielder Adam Forshaw is out long term after a setback in his return from a hip problem.

TV channel: The match will be shown live on Sky Sports’ Premier League and Main Event channels, and is available via Now TV

Live stream: Sky Sports subscribers can stream the match online via SkyGo and the SkyGo app.

Pep Guardiola has confirmed club-record signing Ruben Dias is in contention to make his debut against Leeds.

The Spaniard believes the centre-back could finally fill the void left by Vincent Kompany, but with little time to prepare, alongside Aymeric Laporte’s return, it could be the Frenchman who starts next to Nathan Ake.

Elsewhere, both Sergio Aguero and Gabriel Jesus remain sidelined, while defenders Joao Cancelo and Oleksandr Zinchenko are also out.

It’s fair to say you never know quite what you’re going to get with Manchester City and Sunday’s collapse against Leicester will have concerned Pep Guardiola.

And with both Sergio Aguero and Gabriel Jesus out injured, Leeds are certainly in with a chance.

However, particularly after their Leicester defeat, City will have a point to prove and I expect them to claim the three points.

I tried ‘geocaching’, a secret global treasure hunt. Here’s why you should try it too.

Surgeon’s £800,000 home where he was ‘stabbed after disturbing intruder’ was ‘doused in petrol’