Leicester are hoping to sign Harvey Barnes to a new long term contract amid rumours of a transfer to another big Premier League club.

According to The Mirror, the Foxes are ‘in advanced talks over a new deal,’ with Manchester United and Liverpool both keeping an eye on the midfielder.

With Leicester third in the Premier League, just behind Manchester United on goal difference, Brendan Rodgers will be looking to keep his squad as strong as possible. 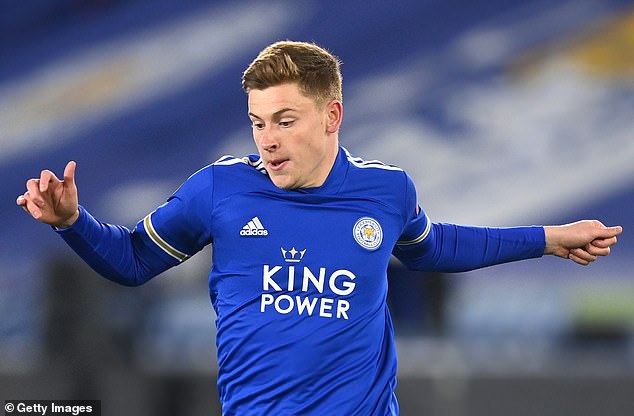 The in-form midfielder has scored 13 goals and provided four assists in 34 games across all competitions this season.

And the 23-year-old was handed his England debut by Gareth Southgate in October.

He hopes to force his way into contention for a starting spot at the Euros this year, but accepts there is a lot of competition for the role. 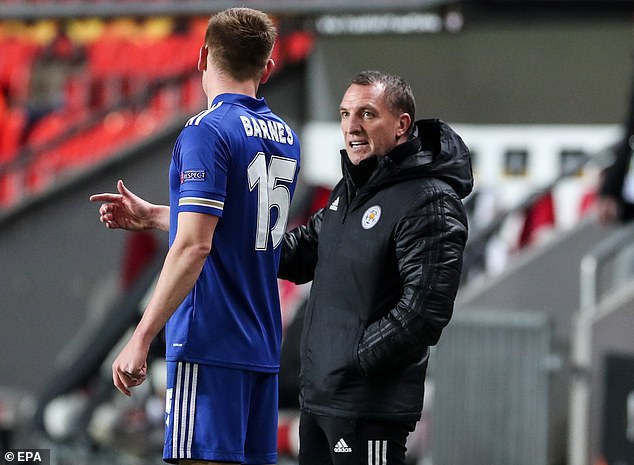 Brendan Rodgers speaks highly of the midfielder, who is having a good season for the Foxes

‘He has been absolutely incredible,’ Rodgers said recently. ‘The great thing with Harvey is he is very coachable.

‘He is only going to get better. He is showing an intelligence in his game which we have always wanted.’

Barnes has spent his entire career on the books at Leicester, joining as a youth player in 2007.

He has been out on loan at MK Dons, Barnsley, and West Brom, but has now made himself an important part of the Leicester side.

No. 4 Illini Dismantle No. 2 Michigan