James Maddison is convinced he deserves to be in the England squad and with Gareth Southgate watching from the stands, the Leicester midfielder took his chance to show him why.

Tight matches in major tournaments are often decided by a flash of inspiration. Think of David Platt’s volley in the final minute of extra-time against Belgium in the last 16 of the 1990 World Cup, or Italy left-back Fabio Grosso’s strike at a similar moment of the 2006 semi-final against Germany.

Leicester against Southampton in an empty King Power Stadium in mid-January is hardly comparable to those occasions yet Maddison’s goal would have lit up any match. 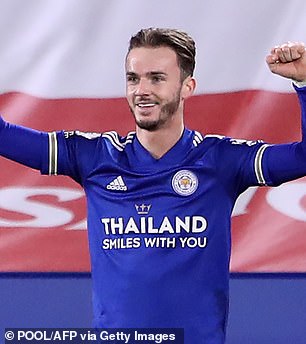 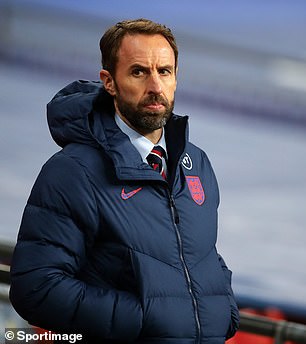 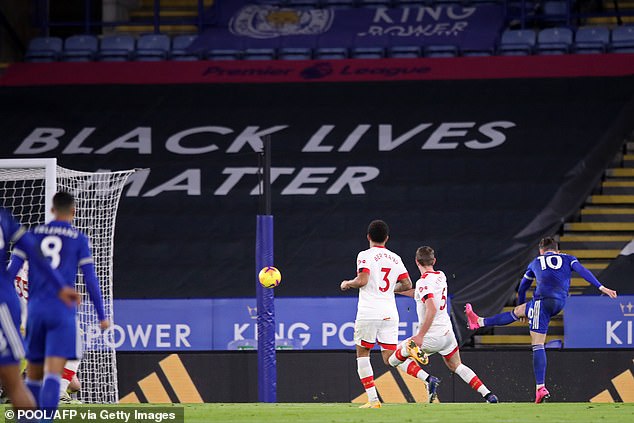 Running on to a precise pass from Youri Tielemans, Maddison held off Jack Stephens and – from an extremely tight angle – somehow beat Alex McCarthy at his near post with a rising drive. The socially-distant celebrations were a neat way to round off a wonderful piece of skill.

Because of his flamboyant manner, Maddison is often misunderstood but the 24-year-old has substance to go with the style.

He trains ferociously hard, practising free-kicks and other drills long after the session has ended. He is also a football nut who watches every game he can and studies future opponents closely.

When the Bundesliga was the first major competition to return after the spring lockdown, Maddison devoured nearly every game, discussing teams and players way into the night with his father, Gary. 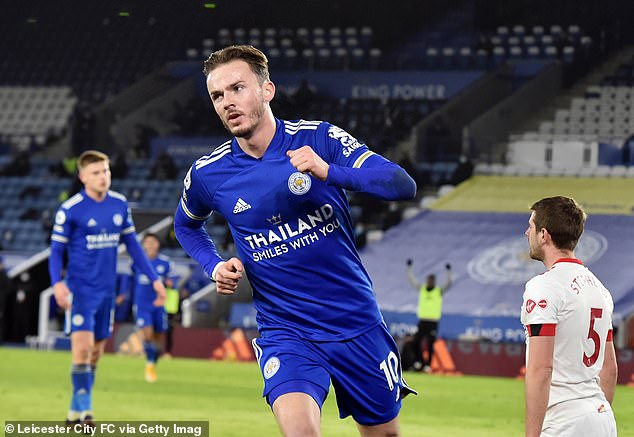 ‘I watch England now and I know there’s a gap for me,’ said Maddison, whose only appearance at international level came as a substitute in a win over Montenegro at Wembley. ‘I know I can go and make an impact on the international stage; it’s just about being patient.

‘I’ve had a taste and I want more. Look at Jack Grealish – before the Belgium game he had never made a competitive start, and then he was the best player on the pitch. It’s about taking that chance and I know I’m capable. Hopefully it will come around soon.’

Southgate is the man who will make that decision but Maddison’s statistics are increasingly impressive. In a campaign disrupted by injury, he already has seven goals and three assists in all competitions, from only 15 starts.

Brendan Rodgers has tweaked Leicester’s formation this season and his 4-2-3-1 system gives Maddison the freedom to play as a genuine No10, closer to Jamie Vardy. 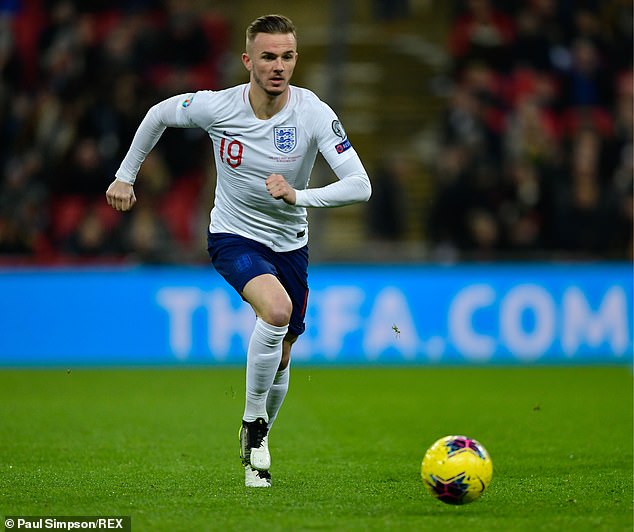 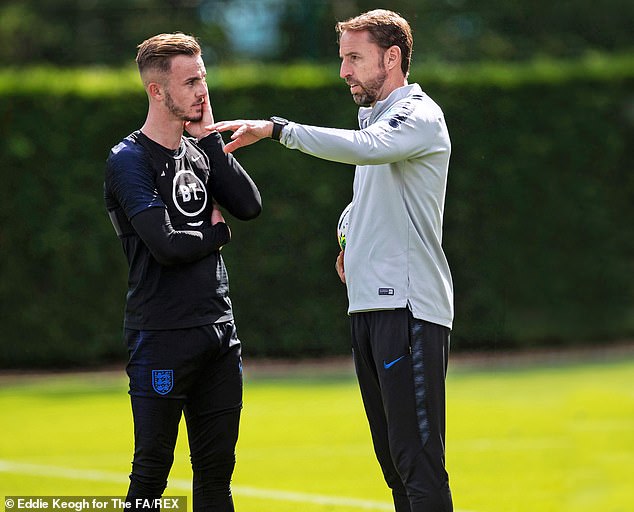 There have been some spectacular goals from Maddison as a result: the long-range missile in the 5-2 win at Manchester City; the curler against Brighton; the recent strike at Newcastle and then the latest in the collection against Southampton.

Having signed a new deal worth about £100,000 per week before the start of the season, the pressure was on Maddison to continue to deliver and he has stepped up to the challenge.

If he maintains this form, Leicester have an excellent chance to right last year’s wrong and qualify for the Champions League. What happens after that will be up to Southgate.

Lewandowski should start a petition over Ballon d’Or cancellation – Ferdinand