Just don’t ask me to swim with fish! Lisa Maxwell has the trip of a lifetime in Mauritius

Before heading to Maur­itius, I had been warned that the eastern side of the island can get very windy. I had visions of us being sand-­blasted from dawn until dusk.

As it turned out, I needn’t have worried because our hotel, the Dinarobin, is on Le Morne penin­sula in the south-­west. The breeze was never a problem. 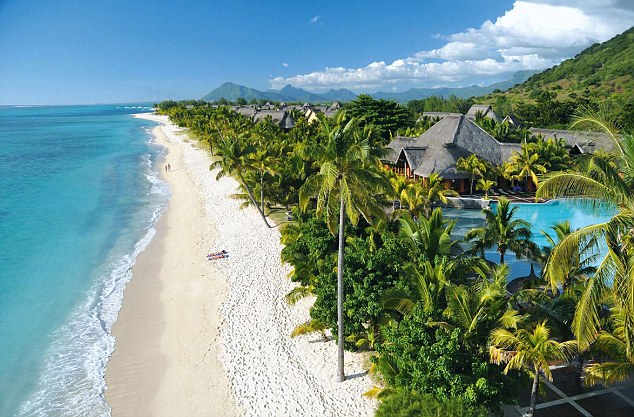 Best spot on the island: Lisa loved her stay at the Dinarobin resort in Mauritius

Rising up behind the hotel is the picturesque Morne mountain. With some justification, the hotel describes its position as being located on the most scenic shoreline in the whole of Mauritius.

During the flight from London, I wondered whether Mauritius would be like the Maldives, situated further north in the Indian Ocean. But as the aircraft makes its approach to land, you quickly see the differences. Mauritius is about 40 miles long and 30 wide, with mountains, towns and villages – the Maldives are a collection of very small, flat island resorts. 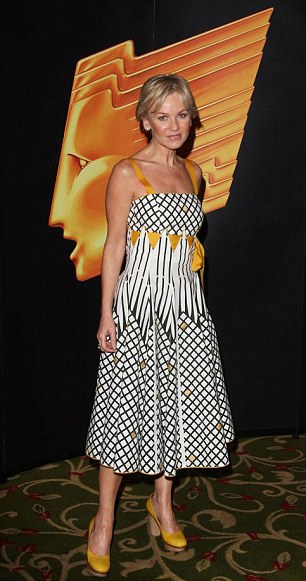 Lisa Maxwell says: ‘Holidays are really important to us. We don’t have the chance to get away too often but when we do, we like to do it in style’

Dinarobin is a five-­star complex with accommodation built in cres­cent-­shaped areas, five of which have pools. Facilities include a spa, yoga and massage service on the beach, and four restaurants.

If that’s not enough to keep you busy, guests can use the facilities at the neighbouring Paradis Hotel & Golf Club (they’re both part of the Beachcomber group). The Para­dis has a lovely romantic restaurant that can be reached only by boat, and three golf courses.

The food was extremely good throughout our stay. There was a huge choice, especially when it came to wonderful shellfish.

Another pleasure was to go bike­ riding – you can hire cycles for very little cost. We cycled to the top of the Morne mountain and took in the spectacular views.

Because we were spending two weeks here, I wondered before­ hand whether we’d get bored and run out of things to do. Again, I needn’t have fretted.

My partner Paul, daughter Beau and I were constantly being enticed to take part in the huge programme of activities – tennis, sailing, snorkelling, scuba-­diving and kite­ surfing, to name but a few.

One of the highlights for Paul and Beau was swimming with dolphins. I’ve got a great picture of him in the middle of the ocean with four dolphins – incredible. He said it was a real life-­changing moment.

We went out on a little boat with a very experienced dolphin-­spotter at the helm. ‘We must go this way today because of the weather condi­tions,’ he said, and he was absolutely right. We got to the appointed spot and suddenly there was a school of dol­phins swimming around, jumping up and twisting. Then we saw the tail of a humpback whale.

Oh, my goodness, I’ve never seen a whale before. When I went to Maui a few years ago, a big disappointment was that it wasn’t the whale-­watch­ing season, so I’ve always wanted to savour such a moment.

I would have loved to get in the sea to be close to the action, but to be honest I was a bit scared, so I volunteered to be the photographer. 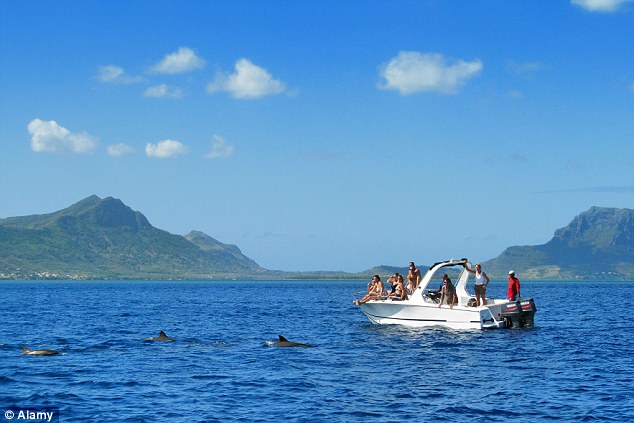 Life-changing moment: One of the highlights for tourists is the chance to spot dolphins

Beau is absolutely mad on marine life, so obviously she was desperate to explore as much of the ocean around the Dinarobin as possible.

She was really interested in the coral and how people on the island are carrying out some amazing projects to restore the reefs.

I, on the other hand, have rather a thing about fish swimming near me and touching me. I don’t mind them swimming around my feet, but being underwater and having them heading towards me is just my idea of hell.

While Paul and Beau are like fish themselves – they were in the water at every opportunity – I would much rather take a trip in glass-­bottom boat and look down into the crystal-­clear water.

The other great highlight of the holiday was flying on an Emirates Airbus A380.

Holidays are really important to us. We don’t have the chance to get away too often but when we do, we like to do it in style – we like to indulge ourselves.

I think that the holiday starts at the airport, so we flew business class, and it was an absolute thrill from the moment we stepped on to the plane.

There was so much to do in Maur­itius – for us it really was the trip of a lifetime.

Marco Pierre White: ‘I didn’t set foot abroad for 30 years – but now I love to sail the seas’

From modern fusion cuisine to old-school spots: where to eat in Bangkok

48 hours in . . . Amsterdam, an insider guide to navigating the city’s canals and beyond

16 reasons why the travel ban makes no sense

Is it Too Late to Step in on Rocky Brands?

New movie dives into 2011 murder of DC socialite, 91, killed by her boytoy husband