Liverpool and Manchester United are reportedly set to ‘go head-to-head’ for the signing of RB Leipzig defender Dayot Upamecano, with a host of European clubs also watching the in-demand Frenchman.

It is no secret that Jurgen Klopp‘s Liverpool are in desperate need for defensive reinforcements, with big injuries to first-choice pairing Virgil van Dijk and Joe Gomez leaving the back line severely depleted.

Klopp is an admirer of Upamecano and sees the 22-year-old as ‘a natural future partner for Van Dijk’ at the heart of his defence but must match the swift moves made by United, according to the Mirror. 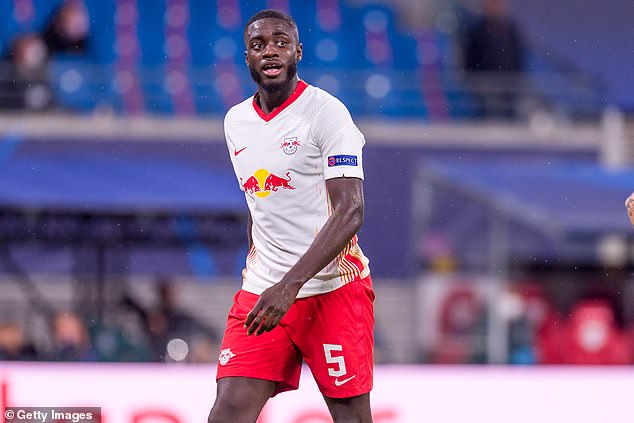 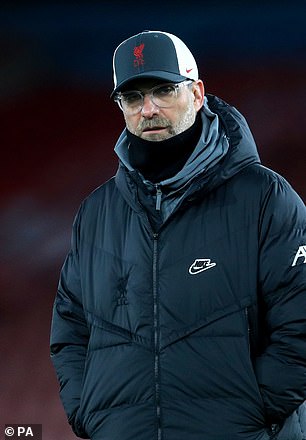 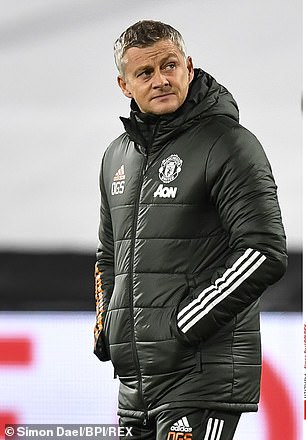 Upamecano has a £38million release clause inserted into his contract with Leizpig, which officially comes into play at the end of the current campaign.

It is reported however that United will look to trigger the clause early and have a deal in place ready for when the summer window opens, much to the dismay of their bitter rivals on Merseyside.

It remains increasingly unlikely that Leipzig would sanction any early sale of Upamecano this month, with the team sitting second in the Bundesliga table – just four points off the summit – and through to the Champions League knock-out rounds. 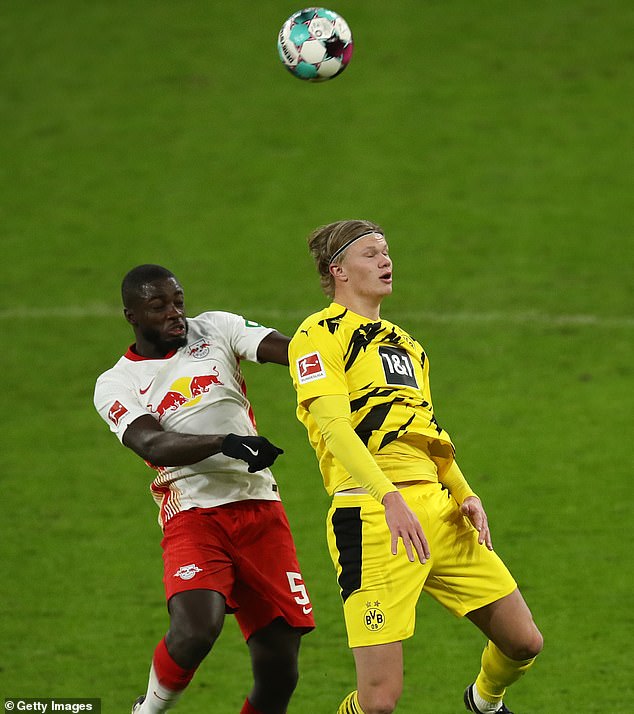 Upamecano, seen challenging Erling Haaland, has a release clause of £38m in the summer 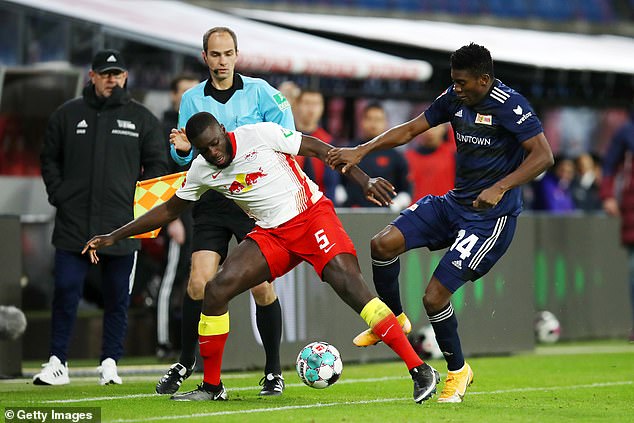 Klopp will be afforded an up close look at Upamecano’s skill set in mid February, as Leipzig have been drawn against Liverpool in the round of 16.

In recent months Upamecano has also been heavily linked with a stay in Germany with Bayern Munich, along with Spanish giants Real Madrid.

At present Liverpool have only Joel Matip as a fit, first team central defender. The Cameroon star has a chequered injury history and has already missed a series of matches this season due to time spent in the treatment room.

Both Liverpool and United have had their finances badly hampered as a result of the coronavirus pandemic, though Klopp recently alluded to the tightening of purse strings by his board following the Reds’ recent defeat to Burnley.

Klopp hinted at his frustration that they have not been able to bring in reinforcements with his squad set to be significantly impacted by the defensive injuries for the remainder of the campaign. 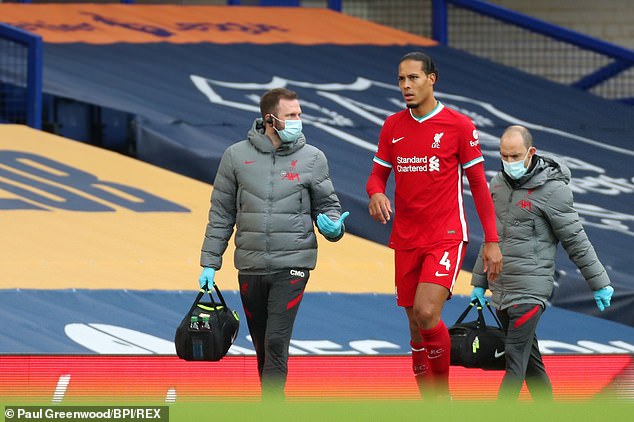 Klopp insisted the decision to bring in new recruits before the end of the month was out of his hands.

‘These decisions are not my decisions,’ he said.

‘If somebody thinks we should do something, I cannot decide if we do something in the transfer market or not. That must be clear.’

The Reds have also been linked with moves for several other defenders including Bayern Munich’s David Alaba, Schalke’s Ozan Kabak and Brighton’s Ben White.

But Klopp admitted earlier in January that a move for a centre back is unlikely due to the impact of Covid-19.

He said: ‘I cannot say definitely we will not bring anyone in, it’s just not likely because of the situation in the world.

‘We should not forget that the situation is a tough one for all people and for football clubs as well.’

In the run-up to war, ‘Chips’ Channon was royally entertained by the Nazis as revealed in diaries