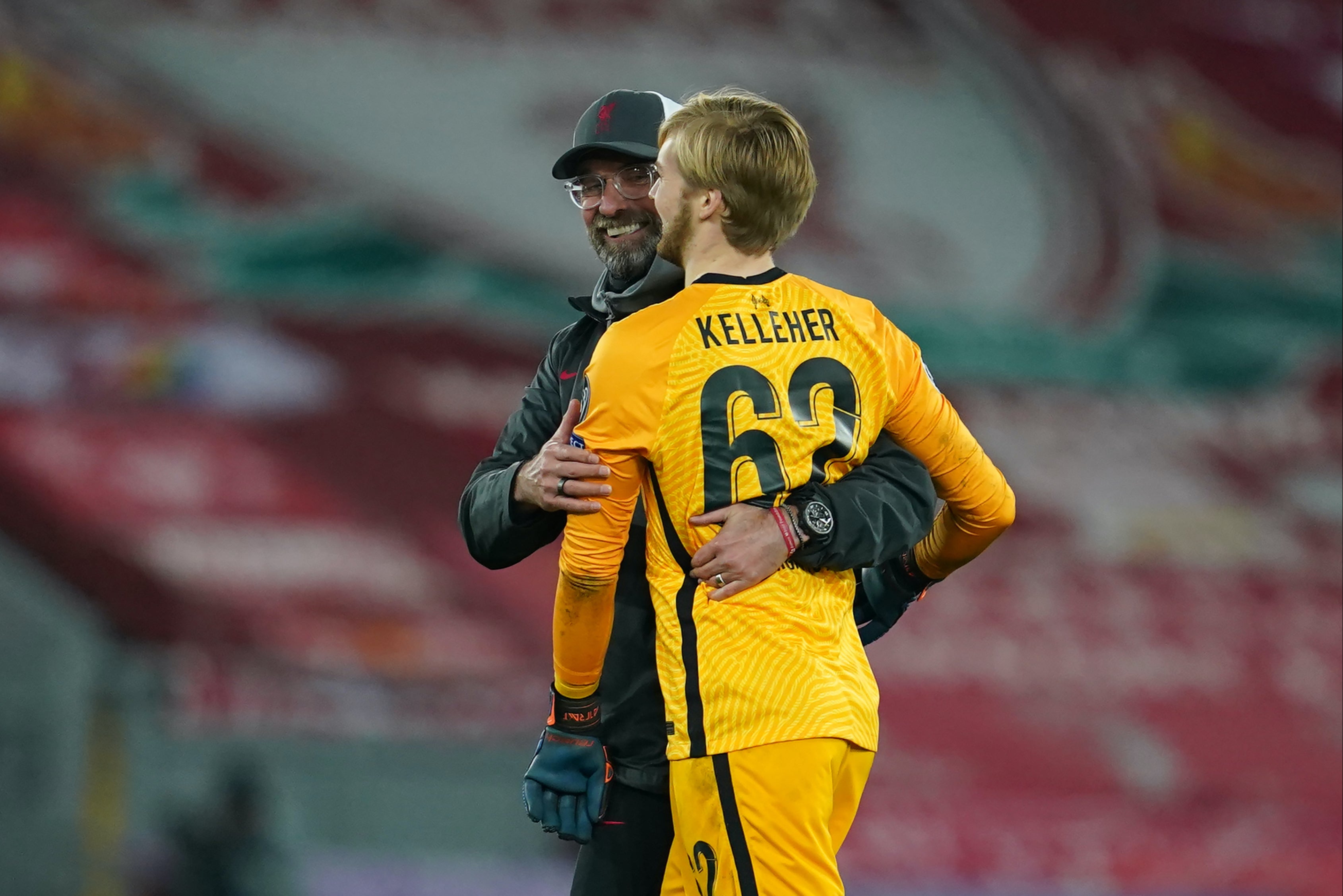 urgen Klopp has explained why he chose to hand goalkeeper Caoimhin Kelleher his Champions League debut in Tuesday night’s crucial clash with Ajax – suggesting the youngster’s superior skill with his feet earned him the nod.

With no.1 Alisson Becker out with a minor muscle problem, it was presumed that his regular understudy Alisson would come into the XI for the meeting with the Dutch giants, with Liverpool still needing at least a point to ensure qualification for the knockout stage.

It was a surprise then, when Klopp opted instead for 22-year-old Kelleher, whose only previous first-team experience had come in domestic cup competitions.

However, speaking after the Irishman kept a clean sheet in a 1-0 win – which, coupled with Atalanta’s 1-1 draw against Midtjylland – sent the Reds through as group winners, Klopp said Keller’s footballing ability had been the key factor in his decision.

The German told BT Sport: “I really think Adrian did for us an incredible job when he came in last season, beginning of this season, he kept I don’t know how many clean sheets. Super Cup final, Champions League, played everywhere.

“But now, in this game, we needed the football paying ability, the natural football playing ability of Caoimhin. And because he’s a really good shot-stopper as well, we made that decision.

“Then you never know how a boy… they’re all calm in the moment when they get the information but there’s a difference then to being on the pitch. I’m really happy with how he dealt with it, how calm he was, and how good he was.”

Bring It On! Bachelorette Clare Crawley’s Men Are Introduced in New Promo

Moderna confirms it is in talks to supply U.S. with an additional 100 million doses of its vaccine

‘Pervert’, 52, is accused of taking photos of girls as young as 11 at Wollongong Harbour