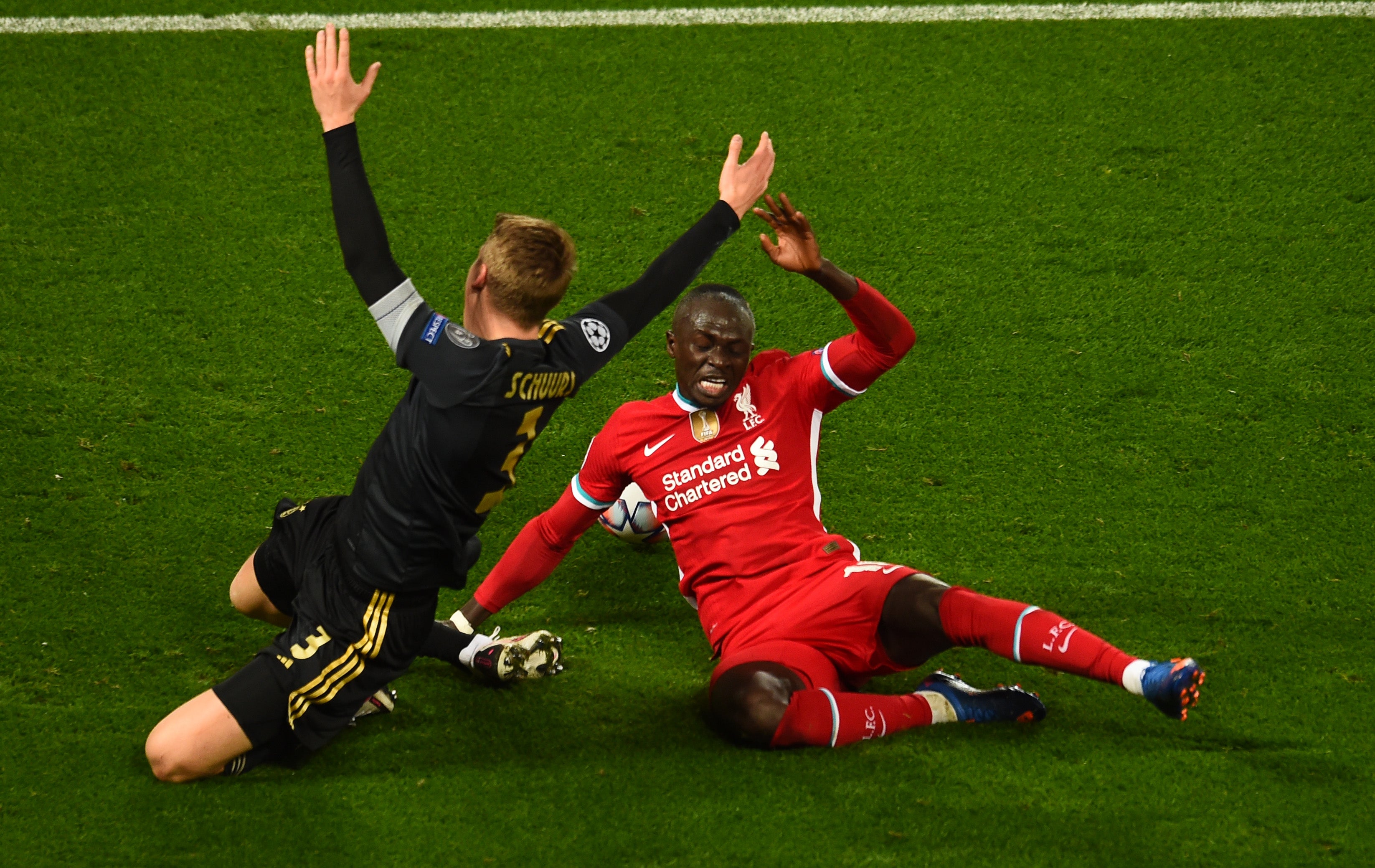 atchday 5 of the Champions League season has arrived, with plenty left to play for across Groups A to H.

Liverpool host Ajax at Anfield tonight with qualification still in the balance following the Reds’ home defeat to Atalanta last week, and Jurgen Klopp needs a result on Merseyside.

Manchester City have already qualified for the last-16, but can secure top spot if they win at FC Porto this evening – though Pep Guardiola may rotate his team given a hectic fixture schedule.

Follow all the action on our Champions League LIVE blog…

So as things stand both Liverpool and Manchester City are doing what they came out to do tonight – the Reds securing qualification and City winning the group – but neither are doing it convincingly.

With Atalanta trailing in Denmark, Liverpool could actually win the group tonight, too, with a goal.

Right on the stroke of half-time, Borussia Monchengladbach are on terms in a game that Inter Milan have really dominated. Alassane Plea steals in round the back post unmarked to head home.

38 mins: That’s the closest City have come! A short corner is eventually worked to Raheem Sterling, who curls brilliantly for the far corner and it’s beaten the ‘keeper but there’s a man back on the line to clear.

My word, Marseille are having a torrid time of it. They’ve actually played quite well so far tonight but they’re behind to Olympiacos as Mady Camara thunders home.

32 mins: Still goalless at Anfield but some concern for Jurgen Klopp because Andy Robertson just spent a couple of minutes off the field getting some more strapping applied to his ankle. An injury to him would be the last thing the Reds need.

Bayern Munich are already through as group winners so it’s a much-changed side they’ve put out tonight and Atletico Madrid are taking full advantage – Joao Felix has just poked them in front with a smart near-post finish.

24 mins: A pretty quiet start in Porto but City are almost ahead as Phil Foden plays a lovely pass in behind for Ferran Torres, who can’t apply the finish.

The flag goes up but I think VAR would have had a long look at that because it was a tight one.

Real Madrid’s defeat against Shakhtar Donetsk earlier on has left them on the brink of elimination and opened the door for Inter, who had only taken two points from their first two games.

However, they’re off to a file tonight, with Matteo Darmian putting them ahead against Monchengladbach with a low strike that found its way through the ‘keeper’s legs.

We have our first goal of the night and it’s a bit of a stunner, too, as Alexander Scholz puts Midtjylland ahead against Atalanta in Bergamo with a rasping half-volley from just outside the box.

How Reddit memes are driving stocks up by 1700 per cent

Jared and Ivanka’s Washington DC home hits the market for $18,000 a month

How are Sharia banks Al Rayan and Gatehouse paying the best savings rates?