Liverpool have a problem in Mo Salah, Jurgen Klopp can’t hide it any more

It is not an altogether uncommon sight to see a Liverpool attacker frustrated with being substituted by Jurgen Klopp.

The Reds boss has long attributed the disgruntled reaction of Mohamed Salah to a desire to stay on the pitch and add to his incredible goal tally, but the Egyptian’s response to his withdrawal against Chelsea on Thursday struck a different chord.

‘When the boys look disappointed that’s not a problem,’ Klopp said of the substitution and his star man’s reaction.

‘I could have changed other players but he looked in that moment like he felt the intensity and I didn’t want to risk him. That’s all.’

Textbook Klopp, but on this occasion that comment may not wash. 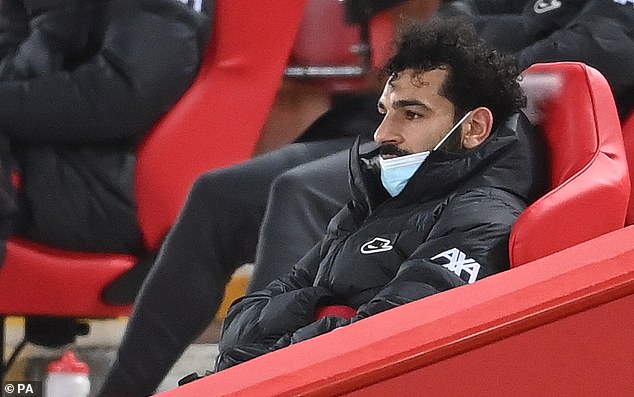 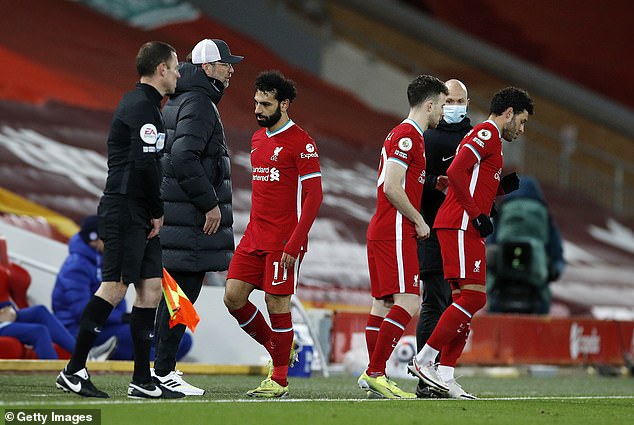 Salah’s 62nd-minute withdrawal was the earliest he has been substituted at Anfield since arriving from Roma in 2017. More pertinently, Klopp resorted to taking his star man off moments after being seen screaming at the Egyptian to track back as Liverpool attempted to haul themselves back into the contest against the Blues.

It speaks to what has been a turbulent campaign for the champions and Salah. Seventeen goals, the most by a Premier League player thus far, would suggest that despite everything falling apart around him Salah is still contributing where he needs to.

Klopp has been mired by injuries and is watching his side’s imperious reputation at Anfield crumble before his eyes, but despite a fifth home defeat on the bounce, the fallout from the Chelsea defeat is fully focused on Salah. 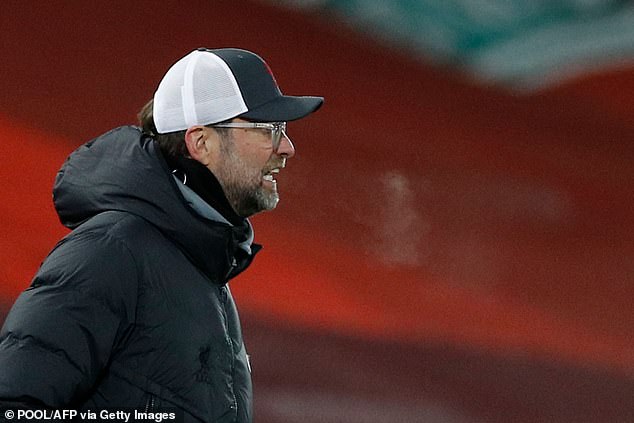 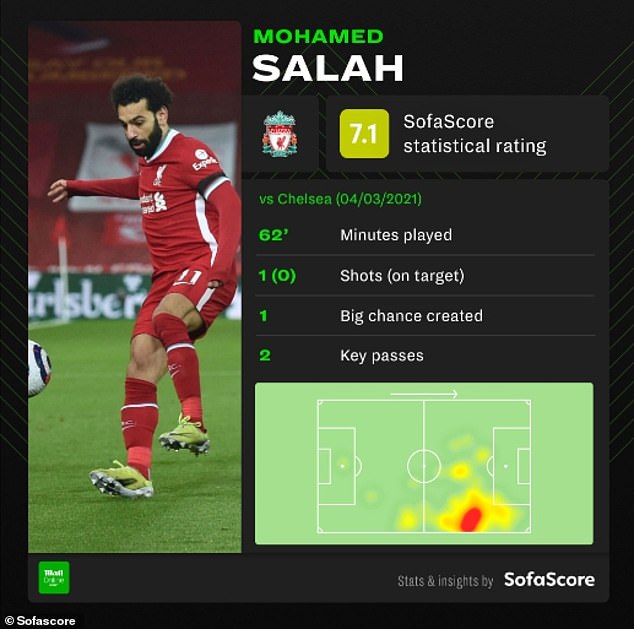 In truth, deep-lying problems for Salah, Klopp and Liverpool have been bubbling beneath the surface for some time.

The 28-year-old shocked those linked with the club after flirting with the notion of an Anfield exit, having failed to rule out a move to either Barcelona or Real Madrid in a revealing interview with Spanish outlet AS last December.

‘I think Madrid and Barcelona are two top clubs,’ he said. ‘Who knows what will happen in the future, but right now I am focused on winning the Premier League and the Champions League with Liverpool again.’ 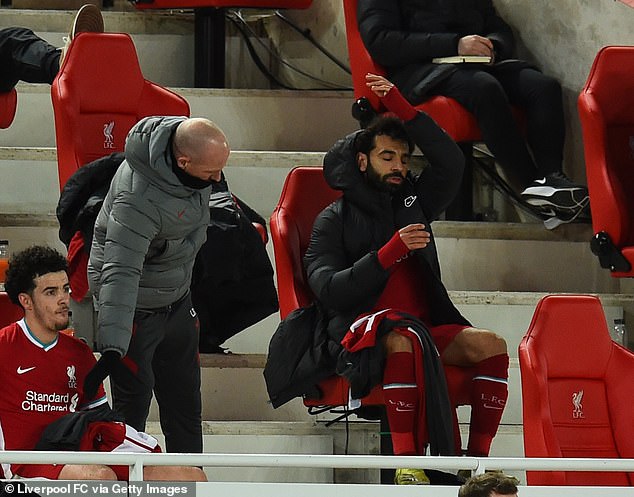 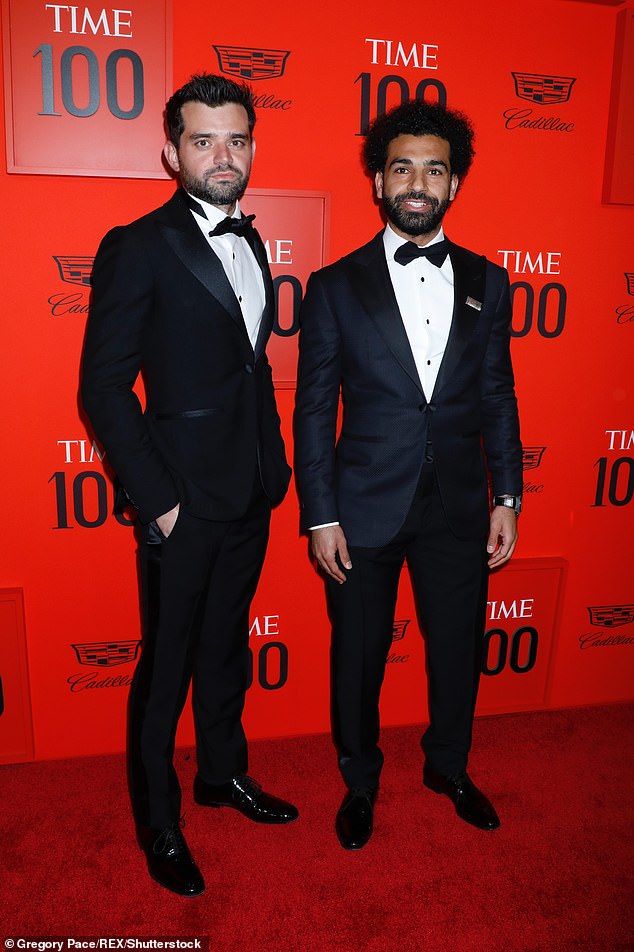 In the same interview, Salah revealed his disappointment in being snubbed for the captain’s armband for Liverpool’s Champions League dead rubber against FC Midtjylland.

‘Honestly, I was very disappointed,’ he added. ‘I was hoping to be the captain, but it’s a coach’s decision. I accept it.’

Since that interview, Liverpool have endured a torrid run of results.

Salah hit the net twice in the 7-0 rout of Crystal Palace hours after the interview was published, but since then the Egyptian has contributed four goals in the following 13 Premier League games, with the Reds picking up just 12 points from 39 available. Injuries or not, that signals that all may not be well for the attacker.

Moreover, the Egyptian’s agent, Ramy Abbas Issa, hinted at tension between his client and the club having cryptically tweeted a single full stop after the latest substitution. 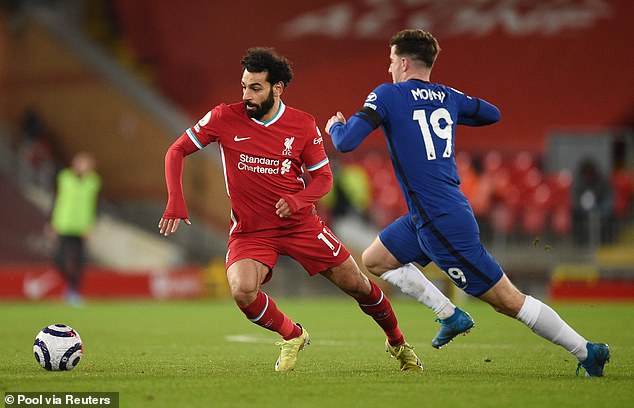 However, the financial predicament of Zinedine Zidane’s Real Madrid (left) and Ronald Koeman’s Barcelona (right) means a move is unlikely to one of the Spanish giants

Issa has been known to fight his client’s corner on social media, having tweeted Salah’s mind-boggling goal and assist statistics last year amid fears that the Liverpool man felt under-appreciated.

It cannot be overstated how vital Salah has been for Liverpool. The 28-year-old has fired 118 goals in 189 games and, alongside Alisson Becker and Virgil van Dijk, has transformed the club from nearly men to a relentless winning machine.

Yet there have been muted calls that Klopp may need to freshen things up. Liverpool legend Jamie Carragher suggested last month that the Reds’ front three have been overworked in the past three seasons.

‘It’s still the same team that’s been together for three years,’ he said on Sky Sports. ‘This is not an attitude thing. This is not a team who think, “We’ve won the league, we’ve made it”. 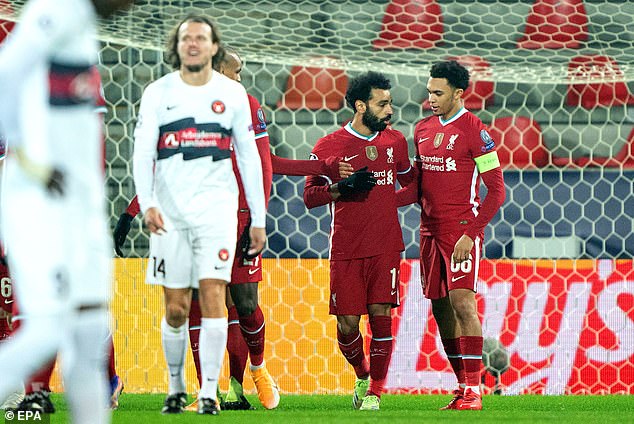 The Egyptian expressed his disappointment in not captaining Liverpool against Midtjylland

‘They just haven’t stopped for three years. That’s why I say they need a little bit of help.’

That help may come in the form of one Kylian Mbappe. Liverpool have been linked with a mega-money move for the PSG star to freshen the attack.

However, one of the forward trio would surely have to make way for the Frenchman.

Salah would easily rake in the biggest transfer fee, but who can afford him? Barca are in a deep financial predicament, owing an estimated £1billion in debt. 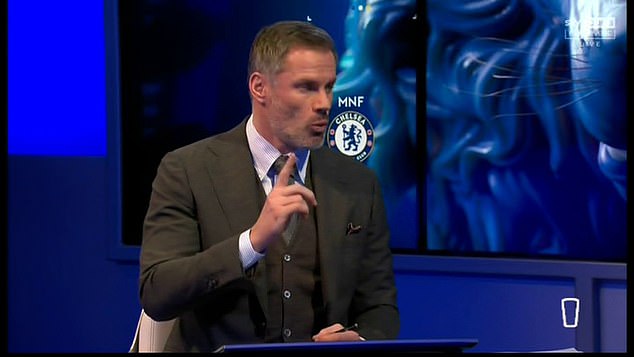 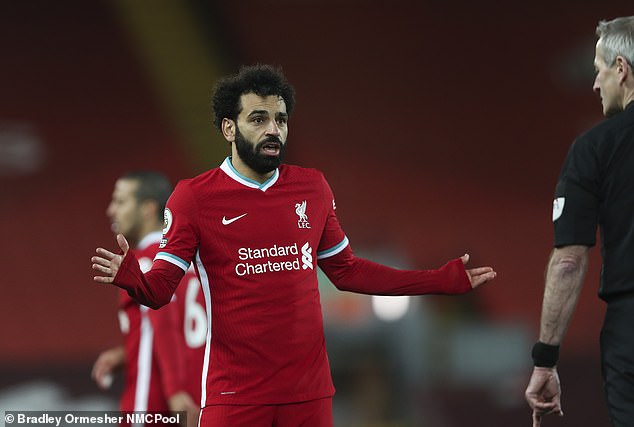 Salah will remain integral to Klopp’s plans, but the German needs to get his star man onside

Meanwhile, former Real Madrid president Ramon Calderon conceded that, while Los Blancos are keen admirers of the Egyptian, they cannot afford what is expected to be a huge price tag attached to him.

Still, there is a long way to go until the summer and Klopp will be focused on the here and now.

The German’s aspirations of sealing a top-four place and an unlikely Champions League crown will rest heavily on the frustrated 28-year-old’s shoulders.

Regardless of injuries and a concerning home record, it will be the need to get Salah onside that could determine the Reds’ fate this season.

Ultimate Team of the Year: the all-time XI