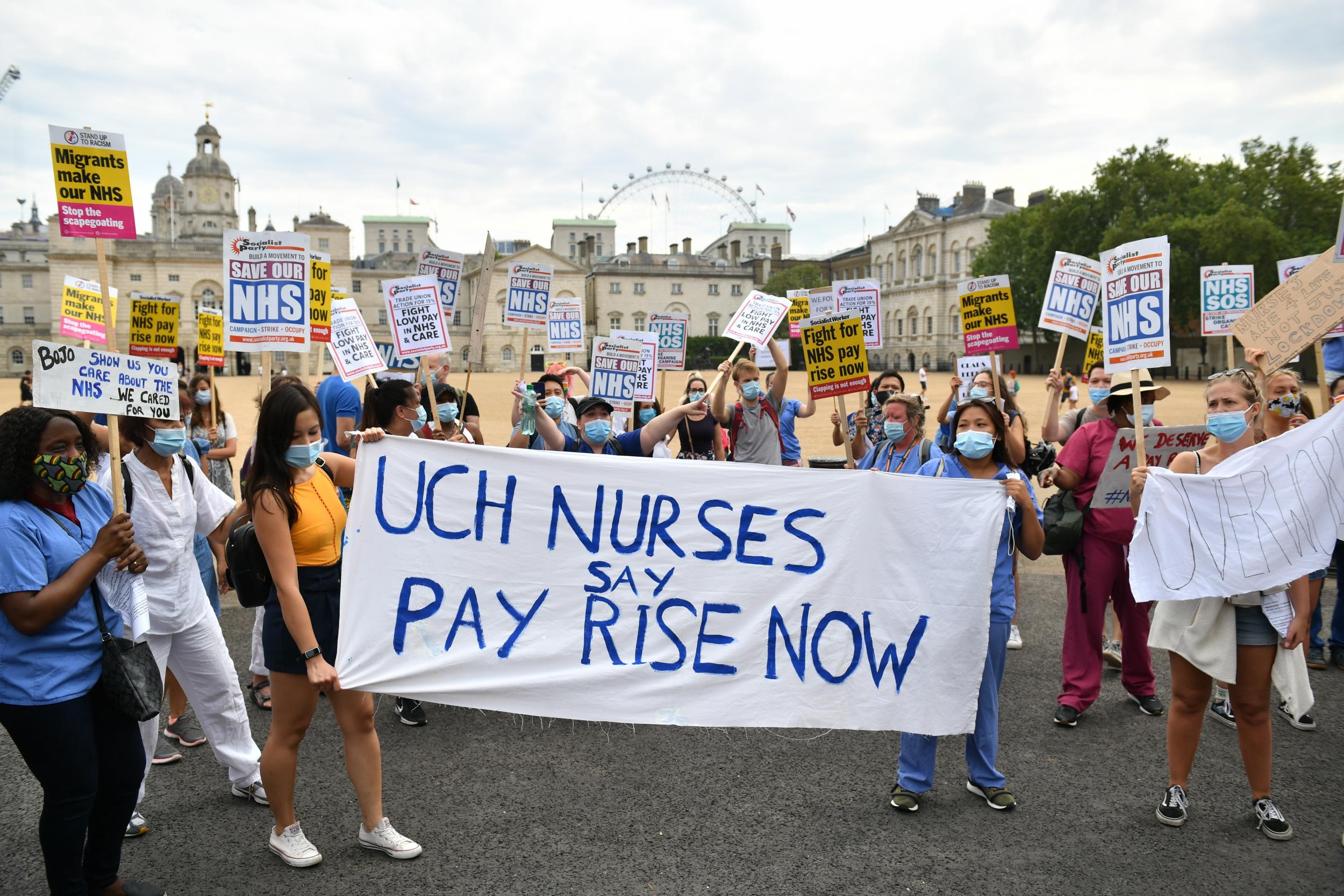 Hundreds of protesters have descended on central London to march for fair pay for NHS staff and recognition of their work during the coronavirus pandemic.

Crowds gathered on Horse Guards Parade at 11am ahead of the protest as a samba band led people in chants of “one two three four five, keep our NHS alive”.

The protest comes after health service staff were excluded from the wage increase for around 900,000 public sector workers announced a couple of weeks ago because they are in the final year of a three-year pay deal.

Instead they are due a pay rise next April, but unions want the Government to show its appreciation for NHS staff by bringing it forward to this year.

More than 500 health workers have died so far following exposure to coronavirus.

Another 30 demonstrations have been organised on Saturday in towns and cities across the country – including, Cardiff, Edinburgh, Liverpool, Newcastle and Sheffield.

It comes after hundreds of NHS workers marched on Downing Street last month, accusing Prime Minister Boris Johnson of being a “coward”.

15 Shows Pisces Should Already Be Watching on Netflix

UK coronavirus: Outbreaks must be controlled during vaccine roll-out to avoid mutations