Man, 40, ‘is beaten with a golf club and stabbed to death’

A 40-year-old man who broke into his estranged girlfriend’s home and attacked her was beaten with a golf club and stabbed to death by her mother and sister, police say.

South Pasadena officers responded to a home on Five Oaks Drive around 10am after receiving a call about a domestic violence incident.

When authorities arrived, they found a shattered front window and heard screaming coming from inside the home, where they found Justin Goss suffering from stab wounds.

According to NBC, Goss had broken into the home and attacked his estranged girlfriend.

Authorities said that Goss was beating and choking the woman when her mother and sister attacked him.

Goss was pronounced dead at the scene, according to the Los Angeles County coroner’s office.

Los Angeles County Sheriff’s Lt Barry Hall told the Los Angeles Times that the two women ‘tried to pull him off, and it didn’t work; he was too strong’.

‘So they had to resort to using weapons,’ Hall said. ‘They were well within their right to act in defense of their sister and daughter,’ he added.

Officials said the woman, 37, was taken to a local hospital where she was treated for facial injuries. 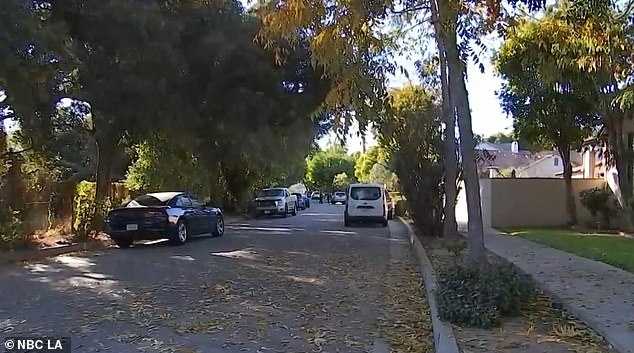 Officials said the woman was taken to a local hospital where she was treated for facial injuries. She has not been identified

Her identity has not been released. Authorities have not identified the woman’s mother or sister.

Police have not released any details about what led up to the incident.

The woman’s mother and sister are not facing charges, according to police.

Authorities are still investigating the incident and have asked anyone with information to call them at 323-890-5500.

Trubisky And Bears Fall To Packers For Fifth Straight Loss

What Is a Health Insurance Guaranty Association? – Verywell Health