A political blogger has sparked furious debate online after taking aim at Scott Morrison for going to an NRL game while Daniel Andrews worked at home.

Carrick Ryan took to Twitter to share two images of the politicians side by side with the caption:  ‘A tale of how two ‘leaders’ spent their Saturday night.’

The first image showed the Prime Minister cheering on his beloved Cronulla Sharks while waving a team scarf at Netstrata Jubilee Stadium in the city’s south.

The second photo showed the Victorian Premier at his desk on a conference call as Melbourne went into total lockdown to slow the spread of coronavirus.

Comments on the post were divided, with not everyone agreeing with Mr Ryan’s sledge against the PM, who announced he was going on a family holiday on Friday. 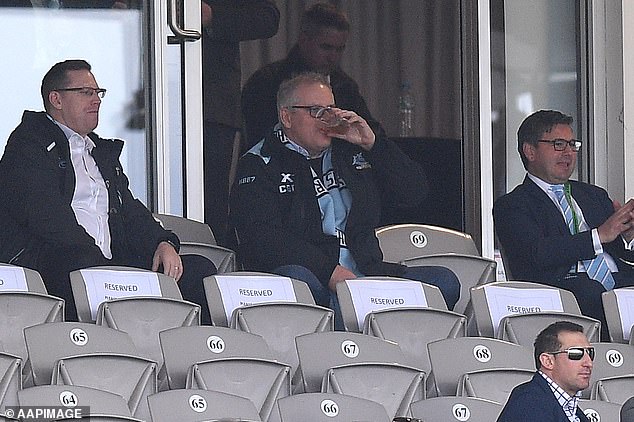 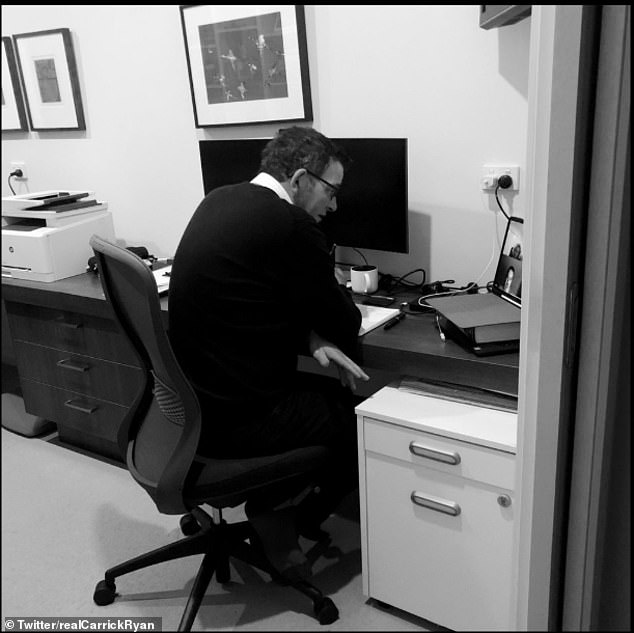 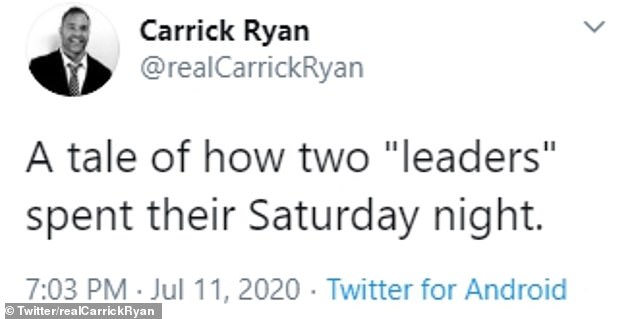 ‘I’d say the PM has been doing more hours a week than me and you put together,’ one of Mr Morrison’s supporters wrote.

‘You’ve had a bad weekend haven’t you,’ another said. ‘Pity a man having a deserved night off!’

‘This is really sad. Dan Andrews and team working their guts out day and night and getting nothing but criticism from what passes for media these days,’ one critic of the PM said.

‘The other one shuts parliament down, abuses trust by rorts galore, lies easily and often, goes on holiday,’ wrote another.

‘I have no objection to Scott Morrison having a bit of time off at the footy,’ Mr Albanese, who is a huge South Sydney Rabbitohs fan, said on Sky News.

‘I think we need a bit of common sense, and if he wants to go and cheer the Sharks then that’s a matter for him, and if they’re playing Souths then I hope they lose as they did in round one.’

‘We’ve had issues, but overwhelmingly Australians have done the right thing during this crisis. Daniel Andrews has been totally accountable during this whole process,’ he said. 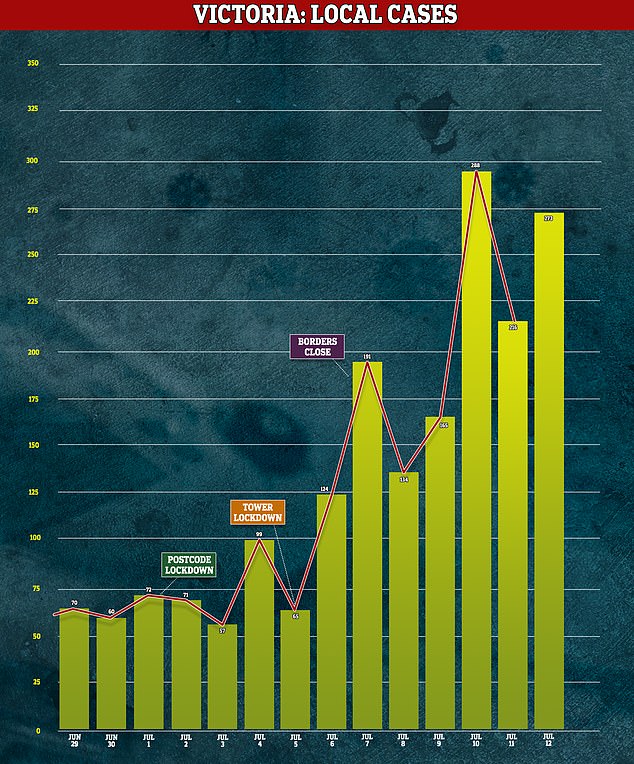 Mr Andrews also refused to weigh into the debate, saying he had no opinion about Mr Morrison going to the footy or taking holiday leave with his family.

‘I wouldn’t begrudge anyone taking time off with their family, I don’t think that’s an unreasonable thing.

‘And before you give me the footy question, I’ve got better things to worry about than who went to the footy in New South Wales.

‘Just as back during the summer, I am not going to chip a bloke for spending some time with his family.

‘As for who goes to the footy in other states, I don’t have anything to worry about that. Nothing is gained by me offering gratuitous opinions on that.’

Other social media users were less forgiving, venting their frustration as the image of Mr Morrison circulated on Sunday after Mr Andrews was slammed for enjoying a birthday dinner with his family earlier in the week.

‘Poor Dan copped sh*t for having a birthday meal at home with his family last week. This is disgraceful,’ one person wrote.

‘No mask, no social distancing, no wife and kids, and his team lost,’ another commented.

‘He’s the PM for God’s sake; he’s had more holidays with his kids than most people in this country who are wondering how to feed their kids,’ another wrote.

‘No sign of ”Jen and the kids” and imagine, just IMAGINE if Daniel Andrews was seen celebrating at the footy (with no mask might I add),’ someone else pointed out. 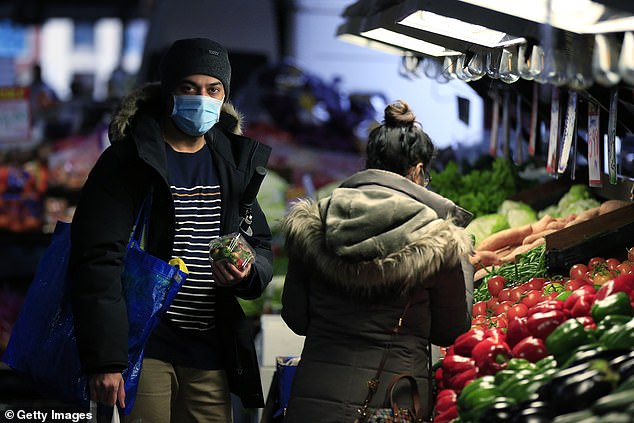 The debate comes as Australia battles a growing outbreak of coronavirus that generated in Victoria in the last two weeks.

Victoria recorded 273 new cases on Sunday – a seventh consecutive day of triple digit rises. The national death toll rose to 108 after a man in his 70s died.

Victorians living in metropolitan Melbourne and the Mitchell Shire are currently in the midst of a second lockdown in an attempt to stem the spread of the virus.

The reimposed lockdown measures in parts of the state mean people can only leave their homes for four essential purposes – groceries, daily exercise, to give or receive care and to go to school or work.

Mr Andrews implored people to follow those orders, telling the public on Sunday it was currently a ‘very dangerous’ situation.

‘This is not an ordinary weekend. It is anything but that,’ he said.

‘We’ve seeing significant numbers out of the northern and western suburbs, but it’s in other parts of Melbourne.

‘I wouldn’t want anyone in Melbourne to think this isn’t relevant to you. It is relevant to your family, your street, your community and all of us. We’ve all got a part to play.’

‘I want to thank every single Victoria who is doing the right thing for making sure that they are in their home except when they absolutely need to be out and only in accordance with those four (acceptable) reasons.’

Those reasons include essential shopping, work or study, giving or receiving medical care and daily exercise. 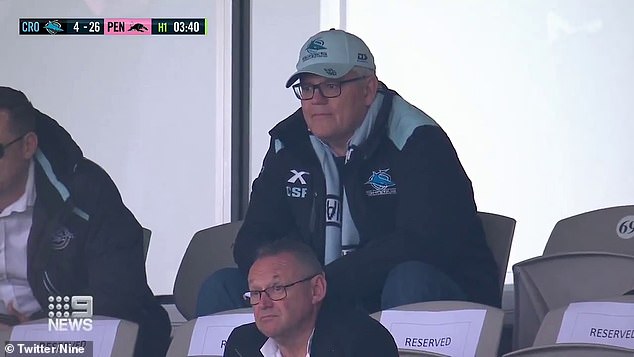 Community transmission is a major concern with outbreaks in public housing towers and a large school in Melbourne’s west driving the second surge in infections.

Victorians have been urged to wear face masks in public to prevent any further spread.

Mr Andrews said he had accepted all offers of support from Mr Morrison, who announced he will be taking a holiday to spend more time with his wife Jenny and daughters, Lily and Abbey.

‘I will not be joining them for that full-time. I will also not be standing aside from the tasks I have all day,’ he said.

‘We have technology where I can be with them and continue to take briefings, calls and meetings in dealing with the situation whether it be Victoria or the other situations in the country,’ he continued.

‘I will be returning to Canberra next week where I am sure you will be able to see me again … just because I am not standing in front of a camera, it does not mean I am not behind my desk or doing what I need to do daily. I ask the people’s understanding on that.’ 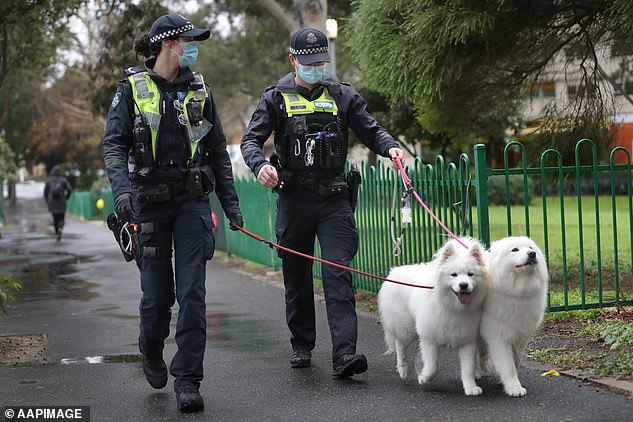 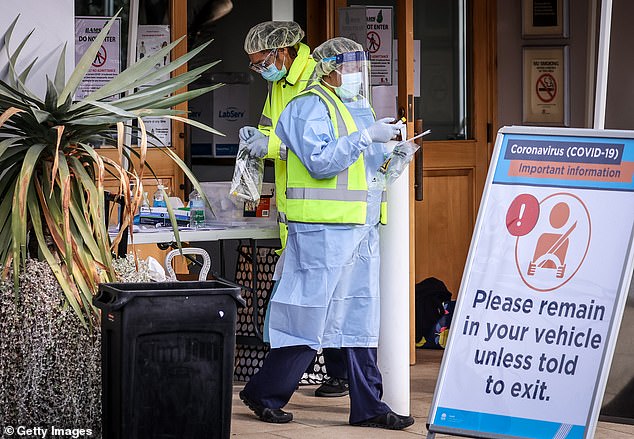 X-Men: Days of Future Past on Disney+ Still Has Nudity & F-Bomb