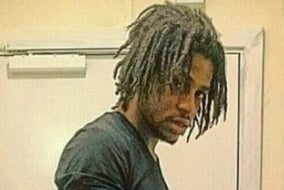 21-year-old man has appeared in court charged with murder after the brother of rapper 21 Savage was stabbed to death in south London.

Terrell Davis, 27, was reportedly taking shopping to his grandmother when he was fatally stabbed in Brixton Hill.

Judge Vanessa Lloyd sent the case to the Old Bailey where a first hearing is due to take place on Wednesday.

Fuller, of Tavy Close, Lambeth, is charged with one count of murder and one count of possessing a knife. He has been remanded in custody until his next appearance.

Paramedics and air ambulance staff tried to save Mr Davis on the evening of November 22 in Ramillies Close.

British-born rapper 21 Savage, whose real name is She’yaa Bin Abraham-Joseph, paid tribute to his brother by posting a picture of the pair together on Instagram.

The performer wrote: “Can’t believe somebody took you baby bro I know I took my anger out on you I wish I could take that s*** back.”

I Was Jailed Five Years Because I Couldn’t Give Police N10,000 Bribe – Man Tells Lagos Panel

Helena Christensen, 52, puts on a VERY leggy display in a black bodysuit for fashion show at home

Carjacking Epidemic In Chicago Isn’t Letting Up, And Residents Say It Can’t Be Allowed To Get Worse

Some Carjacking Victims Have Lost All Sense Of Security, And Some Who Are Rideshare Drivers Have Lost Livelihoods